What is your opinion of Boston Pizza Royalties Income Fund (BPF.UN)? The 9.6-per-cent yield is very tempting.

I would be careful with Boston Pizza and other restaurant royalty funds. The yields may be juicy, but the full-service restaurant industry is in a state of upheaval caused by heightened competition, higher minimum wages (which have led to higher menu prices) and regional economic weakness.

Boston Pizza (BPF.UN) cited these and other factors recently when it posted a 4.2-per-cent drop in third-quarter sales at restaurants open for at least 24 months. The results sent the stock to a one-day decline of more than 10 per cent and prompted Acumen Capital Partners analyst Nick Corcoran to downgrade the units to a “hold” from “speculative buy” while slashing his price target to $16 from $19. The units closed Friday at $14.32.

Mr. Corcoran also called into question the sustainability of Boston Pizza’s rich distribution. With the fund’s payout ratio at 103.7 per cent over the past 12 months and same-store sales growth averaging negative 0.9 per cent for the past 13 quarters, “each subsequent quarter of flat to negative [same-store sales growth] increases the risk of a dividend reduction to BPF.UN,” he said in a note.

Elizabeth Johnston of Laurentian Bank Securities also warned that Boston Pizza’s dividend may be at risk. In a recent note, she reduced her 2020 same-store sales growth forecast to 0 per cent from 2 per cent previously, and she forecast a 4-per-cent reduction in the distribution next year.

Boston Pizza wouldn’t be the first restaurant royalty fund to chop its payout. In October, SIR Royalty Income Fund (SRV.UN) – best known for the Jack Astor’s casual-dining chain – slashed its distribution by about 17 per cent, citing “the recent and ongoing decline in … food and beverage sales.” This month, SIR disclosed that same-store sales of restaurants in its royalty pool plummeted 9 per cent for quarter ended Sept. 30 compared with the same period a year earlier.

SIR said its business has been hurt by the rise of food-delivery apps, which are causing more consumers to eat at home. Even if a customer orders a meal from Jack Astor’s for delivery, the restaurant still loses out on beverage sales that can be a significant source of revenue for full-service establishments.

SIR’s units have taken a pounding. They closed Friday at $9.17, down more than 30 per cent since the end of September. Even after the distribution cut, the units yield more than 11 per cent. This could turn out to be a great buying opportunity if SIR can turn its business around. But the lofty yield signals that investors are skeptical.

Ms. Johnston is forecasting that SIR Royalty’s same-store sales will be flat in 2020, but “we remain of the opinion that our 2020 forecast could be optimistic,” she said in a recent note.

If you’re considering restaurant royalty funds, it’s important to understand how they work. Royalty funds don’t operate the restaurants but own the trademarks, which they license to the operating company in exchange for a royalty based on a percentage – usually 4 per cent to 9 per cent – of sales by stores in the “royalty pool.”

One royalty fund that looks relatively solid is A&W Revenue Royalties Income Fund. (Disclosure: I own AW.UN personally and in my model Yield Hog Dividend Growth Portfolio) A&W has posted higher annual same-store sales for six consecutive years and is poised to do so again in 2019, driven by its emphasis on high-quality ingredients and new menu items such as the Beyond Meat burger. The fund had raised its distribution for six consecutive quarters, but that streak came to an end in the third quarter when same-store sales rose a modest 1.2 per cent – a sharp slowdown from previous periods.

Still, Ms. Johnston forecasts that A&W’s same-store sales will rise 3 per cent in 2020 and predicts that the fund will continue to raise its distribution, which currently yields more than 5 per cent. With A&W’s unit price falling by double digits over the past few months, she recently upgraded the stock to “buy” from “hold." Ms. Johnston also has a “buy” rating on Keg Royalties Income Fund (KEG.UN), which yields about 7 per cent. But she sees Keg’s same-store sales rising just 1 per cent in 2020 and does not expect any distribution increases.

Another royalty company struggling to grow its sales is Pizza Pizza Royalty Corp. (PZA). The shares have dropped by nearly half from their 2017 high and now yield about 9 per cent. But there are signs the company has stabilized its business: Same-store sales have held steady through the first nine months of 2019 after slipping 1.6 per cent in 2018.

“Given the operating environment and ongoing pressure on [same-store sales], we are not modelling any dividend hikes in the foreseeable future. That said, we are not anticipating a dividend cut either,” TD Securities analyst Derek Lessard said in a recent note in which he reiterated a “hold” rating on Pizza Pizza. However, given Pizza Pizza’s elevated payout ratio – estimated at 104 per cent for 2020 – Mr. Lessard expects the company will “continue dipping into its working capital reserve of about $3.3-million … until [same-store sales] turn around more meaningfully.” 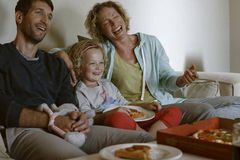 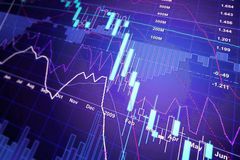