Only 66 more sleeps until the big day.

No, not Christmas. I’m talking about Jan. 1 – the day we get to contribute more money to our tax-free savings accounts.

To get everyone into the TFSA spirit, today I’ll be answering readers’ TFSA questions. Yeah, I know it’s not even Halloween yet. But if Dollarama can put out its Christmas decorations in October, I can talk about the TFSA a few months in advance, too.

What will the TFSA contribution limit be for 2019?

We probably won’t know officially until December, but the limit will almost certainly rise in the new year to $6,000 from $5,500. The annual limit is indexed to inflation, then rounded up or down to the nearest $500. The indexed amount is currently $5,721 – just shy of the magic number of $5,750 required for the TFSA limit to be rounded up to $6,000. To get us there, the consumer price index would have to rise by just 0.5 per cent in 2018. This seems like a slam dunk, given that year-over-year CPI growth has averaged well over 2 per cent through the first nine months of 2018.

I have maxed out my TFSA every year, contributing a total of $57,500 since the TFSA was launched in 2009. After doing some trading in my spare time, I have increased the value of my TFSA to more than $300,000. Earlier this year, I withdrew $100,000 for a down payment. After calling Canada Revenue Agency, they told me I could refill the TFSA to my previous balance of $300K without penalty. Is this accurate?

A couple of observations: First, I’ve also maxed out my TFSA contributions, but my TFSA isn’t worth nearly as much as yours; second, something was apparently garbled in the translation when you were speaking to the CRA.

Here’s the way withdrawals and recontributions work. When you take money out of your TFSA, you are permitted to recontribute, without penalty, up to the same amount you withdrew – but not until Jan. 1 of the following year. This assumes you have no other unused TFSA contribution room available from previous years. So, in your case, assuming you haven’t made any other withdrawals, you could recontribute $100,000 as of Jan. 1, plus whatever the contribution limit is for 2019.

This, by the way, is not the same as being able to contribute an amount that brings your TFSA up to its previous balance of $300,000. Your account has almost certainly changed in value since you made the withdrawal. It’s not the previous balance that matters, but how much you withdrew.

What’s better – investing in a TFSA or a registered retirement savings plan?

If I had to choose one, it would be the TFSA. Flexibility is a big reason. As discussed above, funds can be withdrawn from a TFSA and recontributed, whereas if you make an RRSP withdrawal the room is not restored (except in some special cases). Also, TFSA withdrawals are not added to your taxable income, which can be an advantage if, for example, you want to minimize clawbacks of income-tested benefits such as Old Age Security. That said, an RRSP – just as with a TFSA – provides tax-free growth of your capital. If you assume a constant marginal tax rate, an RRSP will provide the same net return as a tax-free savings account. People love to complain about the tax on RRSP withdrawals. What they’re forgetting is that money in an RRSP effectively hasn’t been taxed yet. When you make an RRSP withdrawal, the government is simply collecting the tax it never charged you in the first place – plus the growth of that tax. Now, where an RRSP outshines a TFSA is if you expect your marginal tax rate to drop in retirement. In that case, an RRSP will produce a better return than a TFSA. If you have enough money, of course, it’s usually a good idea to contribute to both.

Typically, it’s easiest to designate a successor holder on your TFSA application or contract with your financial institution. You could also make the designation in your will (which is required in Quebec). Only a spouse or common-law partner can be designated as a successor holder. Making the designation provides for a smooth transition of assets to the surviving spouse because he or she takes over as the new holder immediately upon the death of the original holder. You may designate a child (or someone else) as a beneficiary. The disadvantage of naming a spouse as a beneficiary, as opposed to a successor holder, is that any growth in the value of the TFSA’s assets, generally between the time of death and the date the assets pass to the beneficiary, is taxed in the beneficiary’s hands. Designating a spouse as a successor avoids that problem. Estate-planning is complex, so make sure you get professional advice. The Government of Canada has more information at goo.gl/YpnGGx.

Where can I find my available TFSA contribution room?

The federal government can help you on that, too. But whether you call the CRA or use its online My Account feature, you might not be getting the most up-to-date information. That’s because financial institutions have until the end of February to report TFSA contributions and withdrawals made the previous year. So it’s a good idea to track your own TFSA transactions.

Four ways to squeeze more out of retirement savings
October 24, 2018 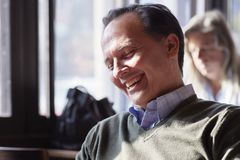 Busting a myth about growth stocks and RRSPs
October 19, 2018 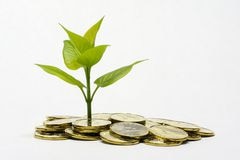 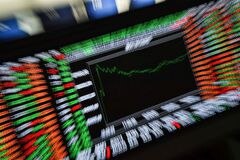