My husband and I have lent money to his brother on two occasions. One is a long-term loan that is documented and secured by a future inheritance from their father; the other is a short-term loan that was supposed to be repaid after two months but is still outstanding nearly a year later. I have grown increasingly concerned about my brother-in-law’s lavish spending on cars, vacations and private schools. I believe he has maxed out his credit cards and has also borrowed from other family members. What should I do?

Family relationships are difficult enough on their own. Add money to the equation and it can be a recipe for disaster.

“The brother-in-law is taking advantage of their relationship and their good nature to continue borrowing money,” she says. “If he is borrowing from family members, my guess is this person owes money everywhere. He has probably borrowed from friends or anyone else he can. This is not someone who respects other people’s money. He only respects what it can do for him.”

So, what should the couple do?

“First of all, they have to cut him off. They can’t continue to give him anything else, not another dime. They’re helping him afford a lifestyle he can’t really afford,” Ms. Campbell says.

The next step is to arrange a meeting where the couple can explain that they feel taken advantage of and want to be repaid for the short-term loan. They should also use the meeting to discuss their concerns about the brother-in-law’s lavish spending and suggest that he seek credit counselling.

Credit counselling provides a confidential forum for discussing a person’s assets, liabilities, income and expenses and developing a plan to reduce debt. The plan could include downsizing to a more affordable house, for example, trading in an expensive vehicle or, in extreme cases, declaring insolvency. One of the goals of counselling would also be to explore the reasons – such as social pressure or low self-esteem – that the person is spending beyond their means.

If the brother-in-law refuses to talk about his spending problems and rejects credit counselling, it may be time for a more formal intervention with other family members present, Ms. Campbell says.

Given the brother-in-law’s behaviour, however, simply talking to him might not help, says Derek Moran, a fee-for-service financial planner.

“I don’t think the borrower has any respect for the lender, so I don’t think anything they say, no matter how wise, will be heard by the borrower,” says Mr. Moran, who runs Smarter Financial Planning.

He suggests the couple draw up a new loan document, with the help of a lawyer, for the short-term loan that is past due. This will convey that the couple is serious about getting repaid. “Don’t bring the documents to the borrower. Have him or her go into the law firm to sign,” Mr. Moran says.

If he refuses to sign, the couple should consider going to the father and asking to increase their share of the future inheritance in order to also recoup this second loan directly from the estate. “There is a clear sense of entitlement here and the borrower has no intention of changing without being forced,” he says.

As upsetting as it is to lend money to a family member and not get repaid, it is not uncommon, Ms. Campbell says. ”It’s people living a lifestyle they can’t afford,” she says. “We live in a world where everyone is trying to keep up with the Joneses.”

How not to die with a big RRSP
Subscriber content
May 5, 2019 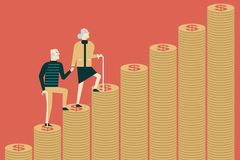 Heinzl’s mailbag: The tax drag of one-stop ETFs, where to hold your Brookfield units, and more
Subscriber content
April 27, 2019 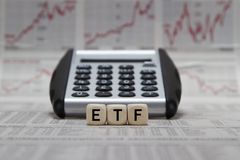 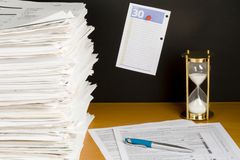