My wife and I each own units of Brookfield Infrastructure Partners LP. I purchased mine (ticker BIP) on the New York Stock Exchange in U.S. dollars and she bought hers (ticker BIP.UN) on the Toronto Stock Exchange in Canadian dollars. Our brokerage statements indicate that, on Dec. 29, 2017, the units closed at US$44.81 and $56.38, respectively. On April 30, 2019, they closed at US$41.38 and $55.48. So BIP lost US$3.43 while BIP.UN only fell 90 cents (Canadian). Nobody at my brokerage or the company could explain why the U.S. units dropped 7.7 per cent – nearly five times as much as the Canadian units, which fell just 1.6 per cent. Can you help?

Based on this letter and others I’ve received, interlisted stocks are a big source of confusion for investors. With dozens of Canadian companies – including banks, insurers, utilities and energy producers – trading on both sides of the border, it’s worth understanding why prices of interlisted stocks behave the way they do.

As you’ll see when we dig into the Brookfield Infrastructure example, it all comes down to currency exchange rates.

Now fast forward to April 30, 2019. BIP’s price on the NYSE was US$41.38 and the Canadian dollar had fallen to about 74.7 US cents. Dividing US$41.38 by 0.747 gives a value of $55.39 – which, again, is pretty close to BIP.UN’s actual price of $55.48 on the TSX. Keep in mind that I am using approximate exchange rates, which may explain why the prices don’t match exactly. (Market inefficiencies may also play a role, although any price discrepancies between the two markets would not last long as arbitrageurs would quickly close the gap.)

The key thing to understand here is that, when the exchange rate fluctuates, the Canadian and U.S. prices of an interlisted stock adjust to reflect the relative value of the currencies. All else being equal, a falling loonie causes the Canadian-listed stock to perform better (or, in this case, less badly) in Canadian dollars than its U.S.-listed counterpart in U.S. dollars, while a rising loonie has the opposite effect. But the shares themselves are identical and – as the above calculations demonstrate – the performance difference disappears when both stocks are valued in the same currency. So, although BIP appeared to underperform BIP.UN, the interlisted units had virtually identical returns in Canadian dollars.

So why would a Canadian investor buy an interlisted stock on a U.S. exchange then?

Well, maybe an investor has a bunch of U.S. dollars and wants to avoid the spread – typically 1 per cent to 2 per cent – that brokers charge to convert U.S. cash to Canadian currency (or vice-versa). In a similar vein, perhaps a Canadian company declares dividends in U.S. dollars and the investor wants to avoid brokerage costs for converting the dividends to Canadian dollars. (Another way around this is to purchase the interlisted stock on a Canadian exchange and then have your broker “journal” the shares to the U.S. side of the account so the U.S. dividends remain in U.S. dollars.) In most cases, however, buying a Canadian stock on a Canadian exchange is the best way to go.

Do I still get the dividend tax credit if I buy an interlisted stock on a U.S. exchange?

If a Canadian company’s dividend qualifies for the dividend tax credit, it doesn’t matter where you buy the stock or on what side of your account you hold it. The dividend will still qualify for the DTC. Even interlisted Canadian companies such as Algonquin Power & Utilities Corp., Magna International Inc. and others that declare dividends in U.S. dollars qualify for the DTC. If you are interested in a particular company, read its latest dividend announcement, which will specify whether the payment is an “eligible dividend." Be careful: Just because a stock trades in Canada doesn’t mean it’s eligible for the DTC. Brookfield Infrastructure, for example, is a Bermuda-based limited partnership and its distributions do not qualify for the DTC.

How much bank exposure is too much? Subscriber content
February 23, 2019 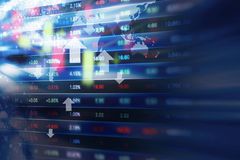 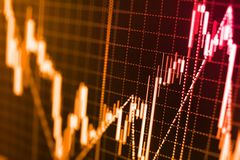 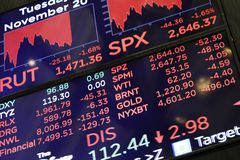