I hold TD’s e-Series index mutual funds in my registered retirement savings plan. My RRSP is maxed out and I want to buy the TD U.S. index fund in my tax-free savings account, but I am concerned that in a TFSA the dividends will no longer be safe from the 15-per-cent U.S. withholding tax. Can you confirm if that’s true?

I hate to break it to you, but even in your RRSP the TD e-Series U.S. index fund is subject to U.S. withholding tax. This is true of any Canadian mutual fund or Canadian-listed exchange-traded fund that holds U.S. stocks. U.S. withholding tax will also apply if you hold the TD U.S. index fund in a TFSA – or any other account, for that matter, although you’ll be able to claim a foreign tax credit if you’re investing in a non-registered account.

The only way to avoid withholding tax on U.S. dividends is to: a) invest in U.S. stocks directly or through a U.S.-listed ETF, and; b) hold the securities in an RRSP, registered retirement income fund or other registered retirement account. Such accounts are exempt from withholding tax on U.S. dividends under the Canada-U.S. tax treaty, but again, the exemption does not apply for Canadian mutual funds or exchange-traded funds that invest in U.S. stocks. (Confused? For more information on U.S. withholding taxes, read my column ).

If there’s a silver lining, it’s that the amount of withholding tax is relatively small. The S&P 500 currently yields about 1.8 per cent, and 15 per cent of that is 0.27 per cent.

Both Vanguard funds are dirt cheap. The Canadian-listed VFV has a management expense ratio of 0.08 per cent, and the U.S.-listed VOO charges 0.04 per cent. On a $30,000 investment, that works out to $24 annually for VFV and $12 for VOO – so VOO has a slight edge on costs.

VOO also has an advantage when it comes to taxes. Because it’s a U.S.-listed ETF and you plan to hold it in your RRSP, the dividends will not be subject to U.S. withholding tax. Dividends from VFV, on the other hand, will be subject to a 15-per-cent haircut from the U.S. government – even in an RRSP.

But VOO has one big disadvantage: Because it trades in U.S. dollars, you’ll have to convert your loonies to U.S. greenbacks – at unfavourable retail exchange rates that typically add a markup of 1.5 per cent to 2 per cent. VFV trades in Canadian dollars, which means you can pay in loonies and let Vanguard handle all the currency details – presumably at much better rates than a small investor could get.

Now, if you have a large chunk of U.S. cash sitting around, currency costs won’t be a factor (except when you sell VOO and convert the proceeds back to Canadian dollars). Alternatively, you could look into a technique, called “Norbert’s gambit,” that involves buying an inter-listed stock (or a currency ETF) in Canadian dollars and selling it in U.S. dollars. The method effectively converts Canadian dollars to U.S. dollars at a much better rate than brokerages charge for a direct conversion. (You can find detailed explanations of Norbert’s gambit with a google search.)

Even if you’re paying the broker’s hefty currency conversion costs, however, VOO could still be the better choice – especially if you expect to have a long holding period. I ran a comparison of VOO’s and VFV’s projected returns, taking into account a 1.5-per-cent currency conversion hit for VOO (on both the purchase and sale) and an annual drag of about 0.3 per cent on VFV from withholding taxes and its higher MER. The comparison further assumed that the S&P 500 will return 8 per cent annually and the Canadian dollar will remain stable over the holding period.

Given these assumptions, the analysis indicated that the Canadian-listed VFV would produce a higher return for a holding period of up to about 11 years, after which the U.S.-listed VOO would come out ahead. This is because, although VOO gets dinged by the initial currency conversion, it compounds at a faster rate (because no withholding tax applies and the MER is lower) and eventually overtakes VFV.

The difference in returns – even over long periods – would still be relatively small, however. On a $30,000 initial investment, after 20 years VOO’s advantage over VFV would be less than $4,000. Given the many variables at play here, real-world returns could be very different, of course.

Bottom line: If you already have U.S. dollars or can get them cheaply, or if you’re planning to invest for a long time, consider VOO for your RRSP. Otherwise, VFV may be the better choice. Either way, you can’t really go wrong choosing one of these low-cost ETFs. 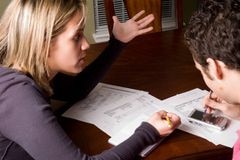 Some of my dividend stocks have tanked. Here’s what I’m doing about it
June 1, 2018 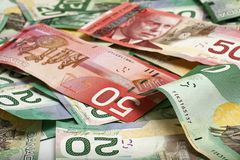