I don’t understand Brookfield Infrastructure Partners LP’s recent announcement about a “unit split." Can you explain?

Full disclosure: I own Brookfield Infrastructure Partners’s units (BIP.UN) personally and in my Yield Hog Dividend Growth Portfolio (tgam.ca/dividendportfolio). The global operator of infrastructure assets – including utilities, toll roads, ports, railways, pipelines and communications towers – has been a great long-term investment, and I believe the unit split can only help in that regard.

I’ll do my best to explain what’s happening.

What is the motivation?

Basically, Brookfield Infrastructure Partners (which I’ll hereinafter refer to as BIP or, when I’m referring to its Canadian-listed units, as BIP.UN) wants to appeal to a broader base of investors. To do that, it plans to create a publicly traded Canadian corporation that will exist alongside the current Bermuda-based limited partnership.

BIP cited three benefits of the move: 1) potential increased demand from U.S. retail investors because of more favourable and simpler tax treatment; 2) increased demand from institutions “who are currently unable, or prefer not to, own partnership units” and; 3) eligibility for inclusion in additional indexes, such as those offered by MSCI and Russell, and associated exchange-traded funds. (BIP.UN is already included in the S&P/TSX Composite and S&P/TSX 60 indexes.)

Where will the new shares trade?

The class A shares of the new company, to be called Brookfield Infrastructure Corp., are expected to trade under the symbol BIPC on the Toronto Stock Exchange and New York Stock Exchange when the split is completed, likely in the first half of 2020.

BIP likely won’t be the only Brookfield Asset Management Inc. subsidiary to do such a split. Brookfield Renewable Partners LP (BEP.UN) is also preparing to create a publicly traded Canadian corporation. (Disclosure: I also own units of BEP.UN.)

How will my BIP.UN holdings be affected?

BIP plans to distribute one BIPC class A share on a tax-free basis for every nine units of BIP.UN owned. As an example, if you currently hold 100 BIP.UN units, you would receive 11 BIPC shares. (You would actually be entitled to receive 11.11 BIPC shares, but because no fractional shares will be issued, you would also receive a small amount of cash.)

A key point to understand is that, after the split, you will still own your original 100 units of BIP.UN. However, the market price of your BIP.UN units will drop. That’s because the total value of your BIP investment will now be spread across a total of 100 BIP.UN units units and 11 BIPC shares, instead of just 100 BIP.UN units. For example, if BIP.UN trades at a presplit price of $65, after the split it should trade at approximately $58.56 (all else being equal).

You won’t lose anything when BIP.UN’s unit price adjusts, however, because you’ll also own 11 new shares of BIPC. And the BIPC shares will pay the same distribution and trade at a very similar, if not identical, price to BIP.UN. (Note: It’s possible that the one-for-11 distribution ratio could change slightly by the time the split is finalized).

How will the distributions of BIP.UN and BIPC differ?

Although BIP.UN and BIPC will declare the same U.S. dollar distribution, the tax treatment will differ. In a non-registered account, BIPC’s payment will be an “eligible dividend” that qualifies for the Canadian dividend tax credit. That’s not the case for BIP.UN, whose distributions typically include foreign dividend and interest income, Canadian source interest, other investment income and capital gains. Over the years, BIP.UN’s distribution has also included a significant portion of return of capital, which is not immediately taxable but which is subtracted from the investor’s cost base and effectively taxed as capital gains when the units are sold.

Why isn’t BIP making a full conversion to a corporation?

BIP cited three reasons. One, some taxable Canadian unitholders may prefer to continue owning BIP.UN because of the tax-deferral benefits of receiving return of capital. Two, it said the limited partnership structure “allows us to issue preferred units at a lower cost of capital.” And three, the LP structure “is a more cost effective way to hold investments in certain jurisdictions.”

What if I don’t want to own BIPC shares?

You’re in luck. “Shares of BIPC will be exchangeable at the option of the holder at any time into units of BIP.UN. An investor simply needs to contact their broker to facilitate this exchange,” Melissa Low, BIP’s vice-president of investor relations, said in an e-mail. The exchange won’t necessarily work the other way around, however: If you want to convert more of your BIP.UN units into shares of BIPC, you’ll have to sell BIP.UN and purchase BIPC. But BIP is “exploring ways we could help facilitate” exchanges of BIP.UN units for BIPC, Ms. Low said.

Which should I own, BIP.UN or BIPC?

It depends on your circumstances. If you’re investing in a registered account, the tax treatment is moot, so there is no advantage to holding one over the other. If you are investing in a non-registered account, on the other hand, you may find that the tax-deferral benefits of holding BIP.UN outweigh the advantage that BIPC receives from the dividend tax credit. But you’ll also face more complicated tax reporting with BIP.UN – including the need to track your adjusted cost base – because BIP.UN’s distributions include return of capital and various sources of taxable income. Regardless of the account type, if you are planning to sell your investment (not that I am recommending that), consider consolidating your holdings into BIP.UN so that you will only pay one commission when you sell.

E-mail your questions to jheinzl@globeandmail.com. I can’t respond to everyone personally, but I select certain questions to answer in my column. 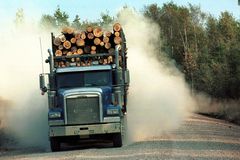