Do you have any idea why shares of NFI Group Inc. (NFI) have been falling? Its recent results seemed fine and I can’t understand why the stock is down so much.

Winnipeg-based NFI, formerly New Flyer Industries, is the largest transit bus and motor coach manufacturer in North America. The shares had been on a roll for five years, producing a total return, including dividends, of about 640 per cent through the end of 2017.

Lately, however, they’ve run out of gas. Since the end of April, NFI has tumbled about 35 per cent – not a huge drop in the context of NFI’s previous gains, but jarring nonetheless, particularly for investors who hopped on board the bus maker recently.

What gives? Well, when a stock runs up as much as NFI did, there are going to be investors who are tempted to cash in their winnings at the first sign of a slowdown in the business. And the company’s recent results have been mixed.

Third-quarter bus deliveries, announced in October, were slightly better than expected, and the company raised its full year delivery target. However, its full third-quarter results, announced on Nov. 6, were below expectations, reflecting weaker profit margins in its Motor Coach Industries (MCI) subsidiary. The stock tumbled 13 per cent the day after the results were released.

Other analysts say the stock doesn’t deserve such harsh punishment.

Many of the factors affecting NFI’s third-quarter results are transient in nature, including startup costs associated with a new parts fabrication facility in Kentucky, and price reductions related to the termination of MCI’s distribution rights agreement for Daimler’s Setra motor coaches, CIBC World Markets analyst Kevin Chiang said in a note to clients.

Given the hefty drop in NFI’s share price, investors apparently have deeper concerns. Above all, they’re worried that the bus market has hit a cyclical peak and that the economy is heading for a sharp slowdown, Mr. Chiang said.

“While the coach market has moved past its peak and there is some margin compression, we would argue NFI’s current share price is baking in a Great Recession-like downturn in the bus market over the next 12 to 18 months. We do not foresee the occurrence of such an event. Moreover, the transit bus market remains healthy,” he said.

At current levels, the stock offers “a compelling risk/reward” proposition, said Mr. Chiang, who has an “outperformer” rating and $61 target price on the shares. Using “conservative” assumptions – including a price-to-earnings multiple of 13 and a free-cash-flow yield of 10 per cent – he values the stock at about $39 “at the low end,” he said. NFI’s shares closed Friday at $37.84 on the Toronto Stock Exchange.

Even after the big drop in NFI’s share price, other analysts also remain bullish. There are six buy or equivalent ratings in total, one hold and one sell, according to analysts surveyed by Refinitiv. The average price target is $56.14.


In anticipation of higher interest rates in Canada and the United States, are you contemplating making any changes to the holdings in your model portfolio, particularly those holdings that are interest-rate sensitive?

Well, as I’m sure you realize, interest rates have already gone up. The five-year Government of Canada bond, for instance, now yields about 2.3 per cent – roughly double its yield at the start of 2017. So, the time to sell my interest-rate sensitive stocks has probably passed.

Not that I would have sold, anyway. My strategy is based on buying and holding great companies that raise their dividends regularly, and that includes utilities, power producers, real estate investment trusts and other stocks that are sensitive to rising rates. I would much rather collect an uninterrupted stream of dividends than try to time my sales and purchases based on predictions (which may be wrong) about where rates are heading.

Even if I timed my sales at precisely the moment when interest-sensitive stocks started falling (easier said than done), how would I know when to buy back in? Not only is trading fraught with risks, but it’s way more stressful than buying and holding.

Besides, research has shown that while sectors such as utilities tend to fall when rates initially rise, the shares eventually rebound. Indeed, utilities such as Fortis Inc. (FTS) and Emera Inc. (EMA) have posted double-digit gains over the past month, which suggests investors believed the stocks had been driven down to attractive levels. It could also indicate that, with the global economy slowing, rates might not rise as far, or as fast, as previously believed.

(Disclosure: I personally own FTS and EMA, which are also in my model Yield Hog Dividend Growth Portfolio.

So, no, I won’t be trading in and out of interest-sensitive stocks. The only time I consider selling is when the outlook for the company has changed for the worse, but that’s not the case with any of my utilities, power producers or REITs. 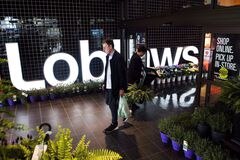 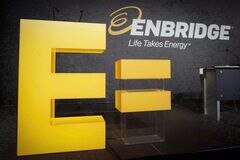 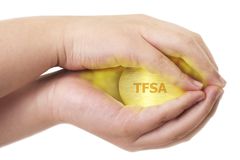