Absolutely. A RRIF operates in much the same way as an RRSP, and when you make the conversion the assets inside the plan don’t need to change (unless you want them to). What does change are the rules around making withdrawals.

In the calendar year after you convert your RRSP to a RRIF, you must start making minimum annual withdrawals. The dollar amount of the minimum withdrawal is determined by applying a percentage, which is based on your age (or your spouse’s age) at the beginning of the year you make the withdrawal, to the value of the RRIF at Dec. 31 of the preceding year.

This leads to another key difference between RRIFs and RRSPs. As long as you withdraw no more than the minimum from your RRIF, no tax is withheld by your financial institution. With RRSPs, on the other hand, tax is withheld on all withdrawals (unless you are making an RRSP withdrawal under the Home Buyers’ Plan or Lifelong Learning Plan).

Remember, however, that the entire amount of the RRIF withdrawal – even if it’s just the minimum – is still added to your income for the year, so you will eventually have to pay tax on it. You can convert your RRSP (or a portion of it) to a RRIF at any time, but you must do so by the end of the year you turn 71. (Alternatively, you could use your RRSP to buy an annuity.)

Why would I want to use my spouse’s age for RRIF withdrawals?

If your spouse or common-law partner is younger than you, you can elect to use his or her age to determine your minimum RRIF withdrawal percentage. Reducing your minimum withdrawal will lower your taxes and leave more money inside your RRIF to grow tax free. It could also reduce clawbacks of Old Age Security and other income-tested benefits and credits. You would choose this option when filling out your RRIF application and “once you make this election, you cannot change it,” the government says.

Regarding your column on Microsoft Corp., wouldn’t it make sense for the investor to sell the shares in his RRSP, capture the gain tax-free and replace the shares simultaneously in his non-registered account? That way, he has the best of both worlds: a gain and potential for more. Of course, should the stock tank he will face a loss but at least he will be able to write off the loss, which he could not do within his RRSP.

Regarding your article on registered education savings plans, can I withdraw contributions from my child’s RESP at any time?

Generally, if your child is enrolled in a qualifying postsecondary program, you can withdraw all or part of your contributions with no tax or other consequences. However, if your child has not enrolled in a qualifying program, you must repay any associated Canada Education Savings Grants (typically 20 per cent of the contributions withdrawn). If your child has finished or quit postsecondary school, you may be able to withdraw contributions with no consequences if you do so within a grace period of six months. I’m paraphrasing the exact rules, which are complex. If you are unsure of anything, your financial institution should be able to help as they receive extensive training in RESPs. You may also wish to consult the government’s official RESP Provider User Guide, which at 410 pages promises plenty of fun summer reading. http://bit.ly/2YewP2j 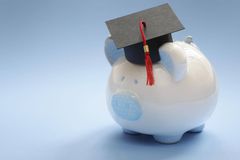 More of your RRSP and RRIF questions answered
June 7, 2019 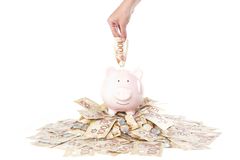 Riffing on RRIF withdrawal strategies
May 31, 2019