Electric vehicle and battery stocks have been market darlings over the past year, fuelled largely by government subsidies and tighter emissions standards. This emerging industry now also has a potential tailwind from U.S. President Joe Biden’s proposal to spend US$174-billion to promote the electric vehicle market as part of a US$2.3-trillion infrastructure package.

Although electric vehicle exchange-traded funds (ETFs), which posted eye-popping returns over the past year, can be a way for investors to play this theme, it pays to look under the hood because their holdings can differ widely and vary in volatility.

“There is no question that sales of electric vehicles are booming,” says Daniel Straus, director of ETFs and financial products research at National Bank Financial Inc. in Toronto. “It was growing slowly for a long time, but may now have passed an inflection point. But it’s also hard to say if profits or investor returns will necessarily follow.”

Global electric vehicle sales surged by 41 per cent in 2020 with a record three million new vehicles registered compared with the previous year, according to a recent report by the Paris-based International Energy Agency. This jump came as total car sales fell 16 per cent year-over-year amid the COVID-19 pandemic.

In addition, the number of electric cars, vans, heavy trucks, and buses on the road could reach 145-million globally by 2030, or 230-million if governments accelerate efforts to reach international energy and climate goals, the report suggests.

Giving rising adoption rates, investors seeking to ride this trend need to dig into the holdings of electric vehicle ETFs because most are not pure plays except for the Canadian-listed Evolve Automobile Innovation ETF CARS-T, Mr. Straus says.

However, with an index concentrated in 44 equally-weighted names, including those in the electric vehicle-supply chain, the Evolve ETF “is also highly geared to smaller-cap and speculative players in this space,” he adds.

Investors who have U.S. dollars might also consider the two largest U.S.-listed electric vehicle ETFs that have exposure to the theme as well as other areas, such as autonomous vehicles and other technologies, he says.

“These two U.S. ETFs are less concentrated and a bit less volatile than the Evolve ETF,” Mr. Straus says.

Nevertheless, if investors own the tech stocks in those U.S. ETFs directly or in funds, they need to be careful about duplicating that exposure, he says.

Although low-cost broad index-tracking ETFs are best for investors’ core holdings, thematic funds can be a satellite play to “shoot for the moon,” Mr. Straus says. However, an ETF with 100-per-cent plus return also risks plunging by 50 per cent within a year too, he warns.

U.S.-listed First Trust Nasdaq Global Auto ETF CARZ-Q, which owns legacy automakers, can be also “an electric vehicle play if you believe that these manufacturers are going to pivot their traditional combustion engine cars into electric vehicles,” Mr. Straus says. This ETF posted a 101.7-per-cent gain for the 12 months ended April 30.

The big risk is that a market flooded with electric vehicles could trigger intense competition and drive down prices and profitability, he says. The U.S. auto industry has had a long history of massive consolidation and bankruptcies.

“There are going to be some winners and some losers, with some not surviving or executing poorly,” he says. “Unproven companies have been bid up on expectations that this trend is going to be straightforward.”

For example, shares of U.S. electric vehicle start-ups Nikola Corp. NKLA-Q and Lordstown Motors Corp. RIDE-Q plunged after a short-seller alleged that they misled investors. Both are under investigation by the U.S. Securities and Exchange Commission.

Mr. Rosenbluth favours iShares Self-Driving EV and Tech ETF and Global X Autonomous & Electric Vehicles ETF, but that’s largely because of his firm’s ratings on stocks in those funds rather than how they’re positioned for the theme.

For example, CFRA Research has a buy rating on Apple, which is also rumoured to be in talks with partners to build an autonomous electric car, and Alphabet, which has the Waymo self-driving car subsidiary.

Investors can also play the electric vehicle trend through automation-themed ETFs, he adds.

This ETF is 10 per cent invested in Tesla. It also owns Canadian auto-parts maker Magna International Inc. MG-T, which has struck a deal with South Korea-based LG Electronics Inc. to create a joint venture to build components for electric cars.

Electric vehicle ETFs saw a pullback in February amid a technology stock sell-off on rising interest rate fears and concerns about a global microchip shortage affecting automakers. However, some have rebounded. For long-term investors who foresee a growing electric vehicle market, “the timing of an investment matters less,” Mr. Rosenbluth says.

President Biden’s plan to boost electric vehicles, including incentives for car purchases and building 500,000 charging stations, can be a catalyst for the sector, but there is still the question of getting approval, he says.

“There is always horse-trading that takes place in having a proposal ultimately become law,” Mr. Rosenbluth says. “The spending may not materialize or it may be smaller to get his infrastructure bill passed by Congress.” 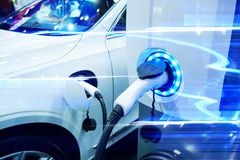 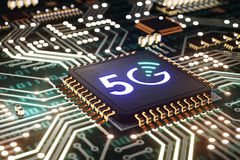