Financial advisors are preparing clients who are U.S. persons living in Canada, as well as Canadians who own U.S. assets, for proposed U.S. tax law changes that could impact these investors’ portfolios significantly.

U.S. President Joe Biden’s administration has put forward a handful of changes focused on getting wealthier U.S. persons to pay more taxes. The main proposals include:

The proposals haven’t been approved by Congress, and passage is far from assured. Still, advisors are strategizing with clients who may be affected by these or other proposals that could crop up as governments look for ways to shore up funds to pay for pandemic spending programs.

“What we’ve been telling our clients is to be prepared for an overall increase in taxation and additional tax complexity and innovation,” says Darren Coleman, senior vice-president, private client group, and portfolio manager at Coleman Wealth, a division of Raymond James Ltd. in Toronto.

One of the misconceptions among investors is they believe the proposed tax changes only affect the ultra-rich, he says.

“Some of these proposals will be fundamental changes to U.S. tax laws that will capture an enormous number of [U.S. persons], and I don’t think a lot of them are going to see some of these coming.”

An example is removing the “step-up in basis,” which is the changed value of an inherited asset to minimize the beneficiary’s capital gains tax, which Mr. Coleman says can impact more middle-class citizens as well as the ultra-wealthy.

Shlomi Levy, partner and lawyer with cross-border tax and estate-planning firm Levy Salis LLP in Montreal, says U.S. persons living in Canada would be subject to U.S. capital gains taxes on the unrealized capital gains on their worldwide assets at death, as well as the U.S. estate tax on death.

The proposed U.S. capital gains tax rules would also likely apply on death to Canadians who own U.S. assets, including real estate and securities, even if it’s held by a Canadian bank or investment firm.

And while the Canada-U.S. Tax Treaty may allow for foreign tax credits to prevent double taxation, it still requires filing a U.S. tax return as well as the mandatory reporting for assets of more than $60,000 upon death.

That’s because their top tax rate of 43.4 per cent would be almost double their top Canadian tax rate on capital gains, which is closer to 27 per cent today. Also, he notes the change would be retroactive to May 28, 2021.

Although there are a number of exemptions, deferral mechanisms, and potentially available foreign tax credits under the Canada-U.S. Tax Treaty to reduce exposure to the new U.S. capital gains tax rules in President Biden’s proposals, Mr. Levy says their complexity requires a lot of additional tax planning and tax filings.

Terry Ritchie, vice-president and partner in the Calgary office of Cardinal Point Capital Management Inc., believes it’s unlikely the gift and estate tax laws will be changed in the near future given the polarization within the U.S. Congress.

However, he says the increase in the top income tax rate and the top capital gains rate, including the removal of the “step-up in basis” on death, could have a chance at getting passed through a process known as budget reconciliation, which enables a Senate majority to push through legislation.

The procedure has been used several times in the past, including by former presidents: Bill Clinton to raise taxes and Donald Trump to reduce them. President Biden has used it once so far to pass a US$1.9-trillion pandemic aid package.

While all of the proposals are up in the air, Mr. Ritchie has been helping clients who may be affected consider different planning opportunities, including asset sales or adding to “tax-advantaged accounts” to which U.S. persons have access, such as health savings and retirement accounts.

“We have to prepare for a lot of moving targets here,” he says. 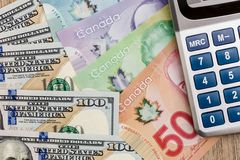 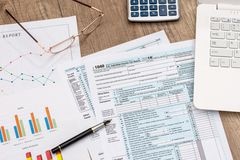 How to get through a more challenging tax season
March 18, 2021 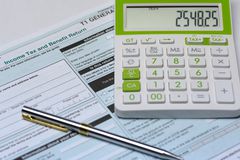