The registered retirement savings plan (RRSP) continues to be the big dog in the financial-planning world. That’s not surprising given the marketing efforts of the big banks and other financial institutions during RRSP season. But while RRSPs provide a solid bang for the investment buck for most Canadians, many investors misuse this venerable financial vehicle.

So, what do Canadians get wrong when it comes to RRSPs – and how can their financial advisors help them make it right?

Start with taking out a loan to add to an RRSP. “The biggest mistake people make is to begin borrowing,” says Gordon Stockman, founder and vice-president of financial planning at Efficient Wealth Management Inc. in Toronto.

The problem is that people can get into an ongoing loop. Borrowing from Peter to pay Paul – and paying Ottawa later down the road – is a flawed strategy. Canada’s financial services institutions have made a tradition out of doling out loans for Canadians to make contributions to their RRSPs. In theory, it makes sense, but only if it’s a one-time event in which the tax refund is used to repay the loan (plus interest) rather than as a windfall.

Mr. Stockman says RRSP loans can work in certain circumstances, such as a year in which an investor has exceptional earnings. But he says many investors compound the problem by loading up their RRSPs with high-cost mutual funds.

Canada has among the world’s highest management-expense ratios (MERs) for mutual funds, Mr. Stockman says. He feels clients and their advisors would be better off loading RRSPs up with exchange-traded funds, which carry far lower fees.

When deciding on the asset mix within an RRSP, one traditional tactic is obsolete, says Scott Plaskett, senior financial planner and chief executive officer at Ironshield Financial Planning in Toronto.

His solution: “Start sheltering where the growth is.”

In Mr. Plaskett’s experience, Canadians are also dutifully contributing to their RRSPs and claiming their deduction when their income is set to rise in the near future or when they have just gone through a low-earning year. Those are precisely the wrong times.

“Why not carry forward that deduction in the future and apply it against a higher income? Then you are going to get a true benefit for it,” Mr. Plaskett says.

He also sees investors putting too much into an RRSP, meaning they’ll have more than they need in retirement.

“From a cash-flow standpoint, they have given themselves what I call a life-long sentence in a higher tax bracket with [Old Age Security] clawbacks. Higher levels of contributions may result in future tax headaches,” Mr. Plaskett says.

There are other strategies to consider. In cases in which RRSP contributions are trending too high, he suggests maximizing contributions to tax-free savings accounts (TFSAs).

He says they see the utility of the tax-free account as a way to pass on wealth from an estate, or to even make a large, one-time expenditure in retirement without affecting their tax status.

For people who are in lower tax brackets or who are going to receive generous defined-benefit pensions in retirement, Mr. Barbieri says RRSPs may not make much sense at all. Not with the ability to put any securities into another sort of vehicle.

“People can put [the same types of investments] into a TFSA that they can into an RRSP,” he says. “The potential of it is lost. People treat it like a savings account. If they use it like a retirement account, they will get a lot more out of it.” 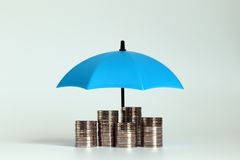 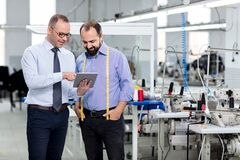