Although there are more older Canadians who are choosing to work during their traditional retirement years, they’re facing the challenge of looking for ways to reduce the taxes they pay on income from various sources.

Statistics Canada reports that the number of Canadians working past the age of 65 more than doubled to about 20 per cent in 2015, the latest data available, compared with 20 years earlier. And a 2018 Labour Force Survey from Statscan says that about half of workers over the age of 60 wanted to keep working, even though it wasn’t a financial necessity.

Whether it’s the love of a job or a need to stay connected socially, Canadians working in their late 60s and early 70s are running into the issue of balancing money earned on the job with income from other sources such as the Canada Pension Plan (CPP), Old Age Security (OAS), as well as pensions and registered and non-registered investments.

“It’s a challenge that I see many Canadians encountering and it’s definitely something that’s important and requires good planning,” says John Natale, head of tax, retirement and estate planning services at Manulife Investment Management in Toronto.

That planning isn’t just about reducing taxes, Mr. Natale says, but qualifying for income-tested benefits such as the OAS, which is clawed back after net income reaches $79,054 for 2020, and the age amount non-refundable tax credit for people 65 or older.

Many advisors suggest that workers in their 60s defer CPP and OAS until it becomes mandatory at the age of 70. Not only does that reduce taxable income, but it gives them more money later on. People who delay CPP to 70 from 65 will receive 8.4 per cent extra a year over five years, or up to 42 per cent more, while delaying OAS for five years to 70 means getting 7.2 per more a year, or up to 36 per cent.

“Then, you have a really nice, guaranteed inflation-indexed income for the rest of your life. There’s something very powerful about that,” says Dan Bortolotti, portfolio manager at PWL Capital Inc. in Toronto.

Older workers also should consider contributing to their registered retirement savings plans (RRSPs) until 71, if they have the contribution room, which will help to reduce their taxes, Mr. Natale says. He also reminds them that they can claim those RRSP deductions in future taxation years.

“You can claim the deduction whenever you want, whenever it’s the most tax advantageous for you,” he says. “Remember, as well, even if you are over 71 and can’t contribute to your own RRSP, provided you have RRSP contribution room, you can still contribute to your spouse’s RRSP provided it’s before the year they turn 72.”

Couples who are either married or common-law can also take advantage of different income-splitting opportunities, including pension income splitting, spousal RRSPs and spousal loans to help lower the overall family tax bill.

With pension income splitting, higher-income-earning spouses can transfer up to 50 per cent of their eligible pension income to their lower-income-earning spouses. That includes income from a registered company pension plan. (It only applies for Quebec provincial tax purposes if the taxpayer is 65 or older.) Spouses can also split income from their registered retirement income fund (RRIF) with their partners, but they need to be 65 or older.

Meanwhile, a spousal RRSP enables couples with varying incomes to save for retirement and split income to reduce taxes.

And a spousal loan enables a higher-earning spouse to lend non-registered funds to the lower-earning one at the Canada Revenue Agency’s prescribed rate, which is currently 1 per cent. The borrower spouse has to pay the interest by Jan. 30 of the following year, each year. Mr. Natale says the idea is to invest the money loaned and earn a higher return than the prescribed rate.

What’s more, the prescribed rate is locked in for life or as long as the higher-income earner continues the loan, he adds.

Older couples with a big age difference can also take advantage of rules that enable them to use the younger spouse’s age to determine the older spouse’s minimum RRIF withdrawals, Mr. Bortolotti says.

“If that’s income you don’t really need, then look to take a smaller amount using the younger spouse’s age,” he says. “Having those lower withdrawals means greater tax deferral, which can lead to less OAS clawback. It’s something I don’t think a lot of people realize.”

Investing strategies and giving back

There are also strategies to reduce taxes on investment income either by moving funds around or donating to charity.

Jason Nicola, a financial advisor at Nicola Wealth Management Ltd. in Vancouver, says some investors in their 60s might want to withdraw from their RRIFs early and put the money into their tax-free savings account (TFSA).

“It doesn’t help reduce your earned income, but if you have non-registered capital or are taking RRIF income and don’t need to spend it, I would say a first easy step is to maximize the TFSA,” he says.

Another strategy that some investors could use is to sell certain assets and realize the capital gains before receiving other retirement income and benefits to prevent a larger tax bill down the road.

“It’s very case-specific, but worth considering,” he says.

There’s also the continuing threat, which has been discussed in the investment community for years, that the federal government might increase the tax rate on capital gains to raise revenue. Some believe the likelihood may be even higher today given the costs that the government has incurred to support Canadian companies and workers affected by the COVID-19 pandemic.

“If you have an investment portfolio where you would’ve been realizing the [capital] gain anyway in a few years, and your tax rates are going to go up and you can realize [the capital gain] today at a 50-per-cent inclusion rate, it might be worth considering,” Mr. Nicola says.

There are also tax incentives for people making charitable donations with non-registered investments.

“If you have non-registered investments that have appreciated in value, instead of donating cash, donate a security directly,” Mr. Natale says. “If you’re charitably inclined … it’s great because you don’t pay taxes on the capital gain and you get the charitable receipt.”

Other options include contributing to grandchildren’s registered education savings plans or registered disability savings plans, if applicable, both of which receive government top-ups.

“You have less money invested in your hands, so you have less investment income to pay taxes on,” he says. “These are just a few more ways to reduce your non-registered assets, assuming you’re not worried about outliving your money.”

Tax-loss selling in a COVID-impacted year: Potential selling opportunities for TSX stocks that are expected to recover
Subscriber content
November 17, 2020 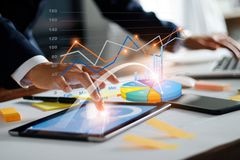 Rob Carrick: On the cusp of retirement and wondering about an ETF that pushes the limits on aggressiveness
Subscriber content
November 17, 2020 Market movers: Stocks that saw action on Tuesday - and why
Subscriber content
November 17, 2020 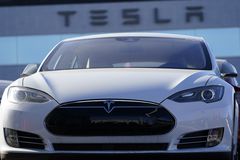