This article is the first in a series on the challenges and opportunities in environmental, social and governance investing, and the great divisions in the investment industry on the attitudes to, and acceptance of, this rising trend.

“For me to move forward and just continue to invest my clients’ [money] in the traditional way, I just couldn’t do it,” says Ms. Smith. After taking courses and educating herself on responsible investing (RI), she understands that companies with strong ESG principles can experience improved financial performance – as can their stocks.

“It’s like voting with your money,” she says. “So, why [would investors] just … hand their money over and invest it in industries that are not in line with their values?”

For advisors who are using ESG principles in their practices, Ms. Smith says, “[it] feels you’re [offering] the best service you possibly can for your clients.”

However, research shows that a significant percentage of advisors are not yet focusing on RI or discussing it with their clients.

The Toronto-based Responsible Investment Association’s (RIA) 2020 RIA Investor Opinion Survey of 1,000 Canadian investors found that only 28 per cent had been asked by their financial services provider if they’re interested in RI. However, 75 per cent said they wanted their advisor to inform them about investments that aligned with their values.

The investor opinion study is done every two years and “there’s always a huge disconnect,” says Dustyn Lanz, chief executive officer of the RIA. “[Investors] want their advisor to inform them about responsible investments, but the advisor is not doing that.”

Some investors are charging ahead regardless. The RIA’s 2020 Canadian Responsible Investment Trends Report found that assets under management in RI on behalf of individual investors more than doubled within two years, rising to $882-billion as of Dec. 31, 2019, from $435.7-billion on Dec. 31, 2017. Furthermore, the share of RI assets managed on behalf of individual investors rose to 28 per cent of the total RI market from 20 per cent during those two years.

These courses educate advisors on how “to have informed conversations with their clients – and that’s the kicker. Most people will steer clear of topics they don’t understand, and so, that’s the issue,” he says about why many advisors avoid delving into RI and ESG investing. But those who choose that course of action do so to their own detriment.

“Advisors who don’t equip themselves with ESG education are going to be leaving new business on the table and putting existing client assets at flight risk,” Mr. Lanz says. “We know clients want sustainable portfolios. They want investments that consider environmental, social, and governance issues and that’s only going to strengthen over time.”

In fact, Marie-Justine Labelle, head of responsible investment at Desjardins Investments Inc., which manages Desjardins Funds, in Montreal, says the COVID-19 pandemic “has triggered a rethinking in people of their role in society and their consumption, and they’re now applying it to their finances as well. They want to make money, but they want to make their money matter.”

Raj Lala, CEO of Evolve Funds Group Inc. in Toronto, has been talking to advisors across the country about RI as the fund company just launched two carbon-neutral exchange-traded funds (ETFs): Evolve S&P/TSX 60 CleanBeta Fund SIXT-T, and Evolve S&P 500 CleanBeta Fund FIVE-T. The ETFs, which track the S&P/TSX 60 Index and the S&P 500, respectively, buy carbon offsets based on the companies included in the indexes.

He sees two reasons why advisors aren’t adopting RI strategies. One is that “they think a lot of these ESG strategies are smoke and mirrors, marketing gimmicks from a lot of the fund companies.”

Mr. Lala acknowledges that “there’s some validity to that statement. A lot of these ESG screening methodologies are very unclear.”

The second reason is that their clients aren’t asking about it. But that’s about to reach a “tipping point,” with about $700-billion expected to transfer from the older generation to the younger generation in the ensuing years. And many of those in the younger group are only interested in owning ESG-focused investments, particularly those that address climate change.

Mr. Lala says one advisor he spoke with recently has an older client with about $45-million invested who is getting help from his daughter, also the advisor’s client. During a recent meeting with them, they asked how he was using ESG principles to invest their money. He wasn’t, and the daughter told him she wasn’t happy. Now, that advisor fears he could lose both those accounts.

“As more advisors have one of these experiences, the fear of losing accounts is going to be highly motivating for them to look a lot closer at ESG trends and start figuring out a way to integrate them into client portfolios,” Mr. Lala says.

While more investors may be interested in holding ESG investments, that doesn’t mean they’re bringing the topic up with their advisors. A 2020 U.S. study by Boston-based consulting firm Cerulli Associates Inc. found that 58 per cent of advisors surveyed weren’t adopting ESG strategies in their practices because of a “significant” lack of investor demand. They said only a handful of clients had ever asked them about RI.

However, another Cerulli Associates study of U.S. retail investors found that 44 per cent of households “would prefer to invest in an environmental or socially responsible way.”

“Most investors, if you go to them and say, ‘We have this investment that has a good risk/return profile, it fits with [your financial] goals and it makes the world a better place,’ … they’re going to be interested in that,” says Matt Belnap, senior analyst, retail distribution, at Cerulli Associates.

However, it doesn’t mean they will bring up the topic as their advisor “is the expert.”

Furthermore, many busy advisors who are doing well in their practices don’t feel the need to learn about an additional investment philosophy that requires a lot of research and due diligence to implement, Mr. Belnap says.

Mr. Lanz says there can be many other reasons why advisors choose not to learn more about ESG investing. They may perceive that some of their clients don’t believe in climate change or don’t care about increased diversity and inclusion and therefore wouldn’t be interested in it.

While Mr. Belnap says that some clients with a more political viewpoint may think that RI and ESG are “lefty, hippy stuff,” he believes that only constitutes a small percentage.

“A lot of it comes down to performance and returns. If you can have [your clients also] make an impact that they care about, then there’s an opportunity there,” he says.

The ongoing myth that RI doesn’t do as well as other investments is also “a hindrance for advisors,” says Mr. Belnap.

That myth persists. A Desjardins Group survey released last month found that 28 per cent of Canadians believed that RI products provided lower returns than traditional investments. The misconception is on the rise, up from 24 per cent in 2018 and 16 per cent in 2016. However, data from the RIA show the average returns of RI funds matched or outperformed the average for all investments funds.

In 2019, the Morgan Stanley Institute for Sustainable Investing looked at the performance of 11,000 mutual funds from 2004 to 2018 and found that “there is no financial trade-off in the returns of sustainable funds compared to traditional funds, and they demonstrate lower downside risk.”

RI “is still a [relatively] new concept,” Ms. Labelle says, and many investors are just beginning to learn about it. “We still need to do a lot of education about what responsible investment is [for both investors and advisors].”

On that note, there are ways to encourage advisors to take RI education seriously, Mr. Lanz says.

“Highlighting the opportunity is the most important piece. There’s only really an incentive to take on something new once they understand that it’s central to their business,” he says. “Once advisors come at this from a systemic, long-term perspective, they will see that if they’re not taking responsible investment seriously and at least making their clients aware of the options, they’re going to be missing out on big opportunities.

Why advisors and investors need to take growing concerns of ‘greenwashing’ seriously
June 17, 2021 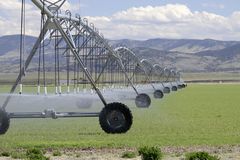