If you’re on the clock and indulge in a glass of wine with lunch, wouldn’t a drag from a joint be acceptable, too? Canada’s new Cannabis Act means adults over the age of 18 (19 in some provinces) can use cannabis legally, but policy on recreational consumption varies greatly from industry to industry and business to business.

Currently there are no industry-wide rules or regulations for recreational cannabis use specific to money managers, but one thing is clear: Employers don’t want their staff impaired at work.

Some financial institutions have updated their Code of Conduct handbooks. The Canadian Imperial Bank of Commerce, for example, has a line in its internal document that states employees, whether on company property or representing the organization in some way, are not to consume recreational cannabis or be impaired. This does not apply to medical cannabis prescribed by a licensed health-care provider, though the CIBC guidelines do state that anyone taking prescription cannabis must be able to “safely carry out our assigned duties.”

John Waldron, founder of Learnedly, a subscription-based training platform for Canadian financial professionals, hopes to provide guidance for advisors that could help to standardize casual cannabis use in the workplace. The Toronto-based company creates proficiency, licensing and continuing education courses for money managers. Subscribers pay a monthly fee of $20 and can stream video and audio programs on-demand, on any device.

Learnedly’s cannabis course has been submitted for compliance accreditation with the Continuing Education Course Accreditation Process (CECAP) centre as one hour of continuing education training for advisors. It is currently awaiting approval.

Mr. Waldron agrees that financial advisors shouldn’t go into work high and unable to perform duties, but recreational cannabis guidelines, even when they do exist, often don’t take certain scenarios into account, such as entertaining clients at a sports game or dinner.

“Placing recreational cannabis use under the same workplace policy as alcohol also has its challenges,” Mr. Waldron says. “Drinking in the office is not permitted, though it’s usually acceptable to have a beer or wine during a client lunch meeting. But is it okay to smoke a joint instead?”

In the social realm of the workplace, Mr. Waldron says it’s okay to drink if you can drink responsibly. "It should be the same way with smoking a joint.”

But he adds this caveat: It’s worth remembering that there is still a stigma with smoking a joint that doesn’t exist with having a glass of wine, and ultimately, clients will decide who they want to work with.

Comparing one beer to a joint can be dangerous, as individuals’ tolerance can vary greatly. Still, the most easy-to-understand comparison of recreational cannabis use in the workplace is to that of alcohol. Most employees recognize the risks of staggering into the office after a boozy lunch, slurring their words. Taking enough cannabis to render oneself unable to perform daily tasks is no different.

But it’s also important for employers to recognize when their employees have become dependent.

“I would certainly draw some analogies between cannabis misuse and alcohol misuse to the extent that alcoholism can be defined as a disability under the Ontario Human Rights Code as well as other Human Rights Codes across Canada,” says Daniel Lubin, founding partner of Whitten & Lublin Employment Lawyers in Toronto.

If an employee is or becomes dependent on cannabis, the employer may struggle to discipline or dismiss as a result of the dependency under human rights legislation.

“You’d have to prove that there is a dependency, not just casual or recreational use,” Mr. Lubin says. “So to the extent that someone has become dependent medically, and has physician evidence that would support that, an employer would be prohibited, technically, from taking steps to discipline or dismiss an employee in that scenario, and rather would have to work with that individual to accommodate any medical- or health-related concerns, provided it doesn’t cause any undue hardship on the employer.”

Cannabis that has been issued as a prescription by a registered doctor in Canada, however, is different. In that case, the drug is being used as medicine, though the individual taking it must be fit for duty.

Certain careers within the airline industry have received restrictions on recreational cannabis use, both at work and off-duty. Air Canada, Air Transat and WestJet have each banned its employees who hold “safety sensitive” positions, including pilots, flight attendants, flight dispatchers, as well as airline mechanics and engineers, from using cannabis recreationally.

The Department of National Defence has also issued formal rules for its members: no recreational cannabis consumption eight hours before duty.

“Someone sitting behind a desk and analyzing the markets, maybe they’re not going to do quite as good of a job if they are high at work, but the evidence is not necessarily that taking products leaves you high at work. So I do think it would be more difficult in the financial industry for an employer to argue things like safety or undue hardship,” Mr. Lubin says.

Because money managers are paid based on their performance, Mr. Lubin says that using cannabis at work is not a good idea. “I think, and this is my personal opinion, we should really be limiting recreational cannabis use as it relates to the workplace.”

Ultimately, as Mr. Waldron points out, financial advisors have a responsibility to provide clients with the highest level of service. 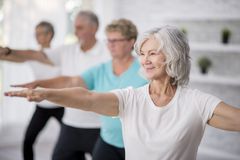 De-fanged? What advisors can tell clients about the bearish turn for the FAANGs
Globe Advisor content
December 11, 2018 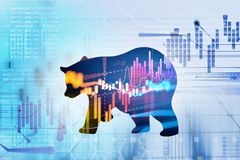