The plummeting value of the FAANGs – losing roughly $1-trillion in market value – is likely a discussion many advisors are having with clients in recent days.

In the past couple of months, the FAANGs have had the opposite effect on portfolios as these mega-caps have fallen from all-time highs reached earlier this year. By late last month, all had entered bear market territory, losing 20 per cent or more from their peaks.

While they have recovered slightly, “nobody should be surprised we’ve seen these stocks come off the boil,” says Robert Mark, investment strategist with private client solutions at Raymond James Ltd in Toronto.

Many advisors have already done “plenty of hand holding with their clients,” explaining these stocks were overdue for a pullback in share price, he adds. And as such, they dialled back their clients’ exposure to the FAANGs.

Still it’s likely many advisors find themselves faced with the following question: What’s the next move for the FAANGs?

The quick answer, says Craig Basinger, chief investment officer with Richardson GMP Ltd. in Toronto, is don’t throw these babies out with the bathwater. “For one, I don’t think this is the start of a broader bear market,” he says. “Overall what we’re seeing … is more of a plain-vanilla correction, and that’s why I think these stocks should rebound.”

Lower valuations today actually present a buying opportunity for clients without exposure to the FAANGs.

Mr. Basinger notes that these companies are cheap relative to just a few months ago. How much investors are willing to pay for every dollar the FAANGs earn, for example, has dropped from an earnings multiple of about 40 at the start of 2018 to about 25 times earnings today, he says.

Yet clients also must realize investing in these companies comes with more risk now than at any point in recent months or even years.

“What I would always draw people back to is this is late in the cycle,” Mr. Basinger says. “These [FAANGs] have been the leaders in rewarding investors, and typically the leaders in any one cycle get punished the most during the next bear market and take longer to recover.”

Most observers think a bear market is still months away, if not a year or more, so holding a few or even all of these companies is still sensible. For that matter, so, too, is adding them to the portfolio if they are largely absent because the FAANGs still have arguably strong long-term prospects.

But this advice must be tempered with a warning that these companies will be more volatile than in the past, and volatility is always off-putting to clients, says CIBC Wood Gundy investment advisor Uri Kraut in Winnipeg.

Although frustrating, advisors need to remind clients “volatility is part of investing,” he says. “And this recent type of volatility is exactly why they need long-term goals and objectives.”

He adds the recent fall of the FAANGs underscores the importance of creating balance in the portfolio. That often entails owning the FAANGs if only because they make up such a large part of the U.S. market. And a portfolio that doesn’t contain them is potentially not properly diversified because it’s missing a massive chunk of the U.S. market.

But the other side of the coin goes beyond stock diversification. Rather, it involves holding much less volatile investments, even cash. That way “if clients have a need for capital immediately … ideally dollars allocated to cash or short-term instruments are used to fund any short-term concerns, so any volatility is inconsequential to the clients’ life,” Mr. Kraut says.

While holding FAANGs is warranted, paring back their weight in the portfolio is a good strategy, Mr. Mark says. “We’ve been recommending people take profits … and reallocate that capital to more defensive parts of the portfolio, or add to a cash position.”

What’s more, a “blanket approach” to holding the FAANGs is not advised. Mr. Mark says the portfolios he oversees, for example, hold Alphabet, Apple and Amazon, but Facebook and Netflix are absent.

That’s because while Facebook may have a good business model that is difficult to disrupt, it “is not a company we’re interested in owning right now until it can prove it can fix” its data privacy issues.

As well, Netflix has a great product. “But the point where it breaks down is it’s not making free cash flow with the margins like the others [FAANGs] do,” he says.

While advisors can make the argument for clients to still own all the FAANGs, only in lesser amounts than before, they should also move clients into stocks that perform better when markets go sideways or turn bearish.

“There’s already been a huge rotation where consumer staples, telcos and utilities have actually been performing relatively well,” Mr. Basinger says. “We have seen this migration into more defensive assets, and this late in the cycle it’s prudent to continue in that direction.”

Of course, markets being the unpredictable beasts that they are, no one knows for certain what’s next, Mr. Kraut says. “We cannot tell the future so it is a waste of time speculating.”

Sure the bull market is old, and yes, the FAANGs face challenges. But clients should understand bulls can run longer than anticipated. And these companies, warts aside, are still good long-term investments.

With that in mind, owning the FAANGs in most cases should be part of a “diversified strategy to accommodate for all eventualities,” Mr. Kraut says, adding, “no one ever said the markets only go up.”

Even if clients need to be reminded of that from time to time.

Do those who work with a financial planner get better results?
December 10, 2018 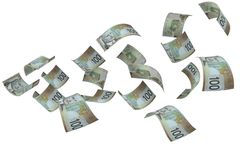 To avoid market panic, understand what you own and why
Globe Advisor content
December 7, 2018 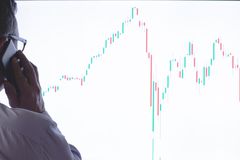 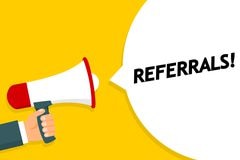