The East is red again. Chinese stocks have been hammered amid worries about slowing economic growth and an escalating trade dispute with the United States.

China’s Shanghai Composite Index and Hong Kong’s Hang Seng Index are respectively down 20 per cent and 13 per cent this year. While some investment experts see the selloff as a time for bargain-hunting, others remain cautious.

“We have many signs of a market bottoming,” says Tyler Mordy, president and chief investment officer at Kelowna. B.C.-based Forstrong Global Asset Management Inc. “It is an excellent buying opportunity simply because the market has overshot on the downside.”

Key is what he calls “nascent Chinese reflation [increasing the money supply or reducing taxes] that should almost certainly improve China’s growth outlook,” says Mr. Mordy. “We are positioned for a rebound.”

To spur lending, China’s central bank has cut the amount of cash that some banks must hold as a reserve. And the government has announced measures, including tax cuts and renewed infrastructure spending, to stimulate the economy.

There is still downside risk to Chinese stocks in the shorter term, but the country “has fundamentally transformed,” Mr. Mordy argues. An economic slowdown, he says, is part of a deliberate policy to move away from relying on exports toward domestic consumption to drive growth.

China, the world’s second-largest economy, is focused “not on the quantity of growth but the quality of growth,” so the days of thinking of it as the supplier of the dollar store is no longer valid, says Mr. Mordy.

“Structural reforms are clearly the highest priority for the Chinese policy makers, with an emphasis on productivity, innovation, environmental protection and moving up the value chain in manufacturing and services.”

With the current boom in initial public offerings, China’s stock market will come to “more closely resemble the underlying economy as a whole rather than being dominated by state-owned enterprises,” he adds.

Forstrong, which runs portfolios using exchange-traded funds (ETF), owns Chinese stock and bond ETFs as part of its emerging-markets strategy. “We are definitely overweight China – not only its stock but also bond market,” he says.

The firm holds the Xtrackers Harvest CSI 300 China A-Shares ETF (ASHR-NYSE) for exposure to China’s domestic or A-shares, and the KraneShares CSI China Internet ETF (KWEB-NYSE) because “technology in China is growing and profits are booming,” he says. It also owns the Invesco Chinese Yuan Dim Sum Bond ETF (DSUM-NYSE). (A-shares, which trade on the Chinese mainland stock exchanges, can be purchased by foreign institutional investors under certain conditions.)

A move by the New York-based index provider MSCI Inc. to include a small portion of China’s A-shares in some of its indexes this year and more next year should also help support the market, says Ms. Yeung.

Trade-related issues arguably are now factored into Chinese equities, but “we do expect more volatility,” says Ms. Yeung, who is part of the team overseeing the Fidelity China Fund. “Until there is a resolution between the Americans and the Chinese, this is going to be an overhang for the markets.”

The U.S., which has imposed tariffs on US$250-billion worth of Chinese goods, has threatened tariffs on an additional US$267-billion of imports. China has retaliated by setting duties on US$110-billion worth of U.S. goods. There is speculation that U.S. President Donald Trump and Chinese leader Xi Jinping could reach a deal at the G20 summit later this month.

With China’s market plunge, a “lot of opportunity has arisen for what we call ‘fallen angels’” in mainly the A-share market within the consumer discretionary, consumer staples and technology sectors, she says.

“Those are names whose earnings visibility is still intact but have been indiscriminately sold off generally by mainland investors … who still don’t trade on fundamentals,” she said. “There is still a lot of momentum trading.”

Hong Kong-listed China Mobile Ltd., a holding in the Fidelity China Fund, has been hurt by the selloff and is one of the cheapest mobile company stocks in the world, she notes. The fund is also 7 per cent invested in railway stocks, including CRRC Corp., which is listed in Shanghai and Hong Kong. “State spending on train systems will support these names,” she adds.

Not all experts are upbeat on Chinese-mainland equities. Jeff Feng, head of emerging-market equities at Invesco Hong Kong Ltd., is not optimistic about a quick rebound in the country’s stock market. But he does see opportunities in some attractively valued, high-quality names.

“I am not that bullish near-term on the economy or the market in China,” says Mr. Feng, who manages the Invesco Emerging Markets Equity Fund. “The Chinese market will take some time to find a true bottom.”

China’s economy faces challenges due partly to the trade war, he says. “We don’t see how the two sides can reach an agreement in the next six months.” The dispute is not just about a trade imbalance but also about China potentially overtaking the United States as the world’s largest economy, he suggests.

Infrastructure spending, once a big driver of growth, has waned, while Chinese consumers have increased their debt loads substantially in the past four years, he says. “Going forward, the spending power of consumers in China [as an engine for growth] would actually be restricted.”

Top Chinese stocks in his fund include non-mainland-listed companies such as the e-commerce giant Alibaba Group Holding Ltd. and the social media-and-games giant Tencent Holdings Ltd.

“For medium-term investors, it’s a good time to look into those names,” he says. “Their businesses are, and should keep, growing strongly in the next two to three years,” although Tencent’s gaming business has been hurt recently by a freeze on game licences in China, he adds.

Shares of the insurance giant Ping An Insurance Group Co., which trade in Shanghai and Hong Kong, are also compelling because it has been “growing its core business at above 20 per cent for the last decade,” he adds. And the Shanghai-listed liquor company Kweichow Moutai Co. Ltd. is also more attractive now, he adds.

“Fundamentally, it is hard to call a [market] bottom now,” says Mr. Feng. The Chinese government could always intervene, so "we’ll have to watch and see.” 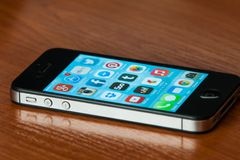 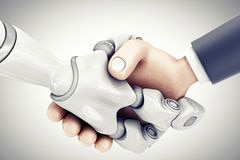 Bringing up baby at a financial advisory firm
October 29, 2018 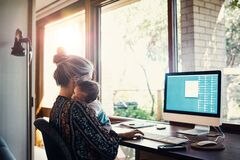 How to harness the power of a robo platform for a combo approach Globe Advisor content
October 16, 2019 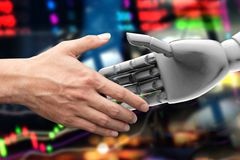 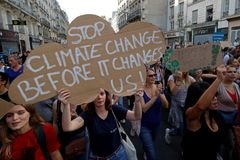 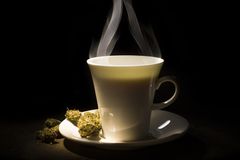