This article is the third in a series on the challenges and opportunities in environmental, social, and governance investing, and the great divisions in the investment industry on the attitudes to, and acceptance of, this rising trend.

Using environmental, social, and governance (ESG) criteria to evaluate companies’ worthiness as investments is resonating with investors who seek to do good and make money too.

But the “E” in ESG is grabbing more attention amid concerns about climate change, pollution, and waste. Environmentally focused companies have a more quantifiable impact and offer greater investment opportunities as well.

Solar and wind power are among the higher-profile industries in the environmental ecosystem, but there are many other companies with innovative or emerging technologies. Some already generate profits, while others are still in a nascent, growth stage.

We asked three portfolio managers to talk about the environmental investments in their funds.

Water and waste-water solutions are major themes, while sustainable food production is also a focus given that it can reduce the environmental footprint and improve nutrition too, Mr. Grosskopf says.

Scarcity of clean water is an issue not only for emerging countries but for developed countries at the municipal and industry levels, he adds. For example, semiconductor manufacturing is an industry that requires ultra-pure water to churn out microchips.

The fund holds New York-based Xylem Inc. XYL-N. The company is involved in everything from selling equipment and chemicals for water treatment to data analytics, which can monitor water losses and boost efficiency.

Xylem should benefit from President Biden’s infrastructure plan, but that assumes that the plan doesn’t get entirely dismantled given the disputes between Democrats and Republicans on parts of the proposed bill, he says.

Mr. Grosskopf also likes Washington-based Danaher Corp. DHR-N, which gets about one-quarter of its business from the environmental sector. It also has “one of the best water-analytics platforms,” he says.

The conglomerate, which has diagnostic and life-sciences businesses, is involved in the fight against the COVID-19 pandemic as a supplier of coronavirus diagnostic tests and is also involved in vaccine production. The diversification helps to make it a more stable business model, Mr. Grosskopf says.

Another holding is Omaha, Neb.-based Valmont Industries Inc. VMI-N, a key maker of centre-pivot irrigation equipment, which is more effective than massive sprinkler systems in dispersing water effectively, he says.

California, the U.S. Midwest, and Saskatchewan face drought conditions this year, so that use of water has become more critical to farms, he adds.

The company, known for its plant-based burgers, is also innovating in terms of reducing the sodium content and generally improving the nutritional profile for its meatless products, he says.

Redwood City, Calif.-based Impossible Foods Inc. is the closest competitor, but “we think that Beyond Meat will have a broader suite of products,” he says. “[Meat processors like] Cargill Inc., Tyson Foods Inc. TSN-N and Maple Leaf Foods Inc. MFI-T have tried to put a dent to that duopoly, but have not really had much success.”

Beyond Meat is focused on increasing market share in a growing segment of the food industry, so that means giving up near-term earnings to make those investments, Mr. Grosskopf says. “We are in total agreement [with that approach].”

The circular economy, which involves the reuse and recycling of materials and products, and energy efficiency are themes in the fund that’s focused on firms that can benefit from the fight against climate change, Mr. Lin says.

The challenge with a circular business model is getting sufficient scale to become economically viable, but government incentives, such as tradeable low carbon credits, are helping companies today, he adds.

One name playing this theme is Irving, Tex.-based Darling Ingredients Inc. DAR-N, which recycles animal by-products, such as fats and used frying oil, into materials needed for everything from animal feed to cosmetics and biofuel.

The most interesting part of Darling is its joint-venture with oil refiner Valero Energy Corp. VLO-N, based in San Antonio, Tex., to produce renewable diesel fuel, which is molecularly the same as petroleum-based diesel, Mr. Lin says.

Lifecycle greenhouse gas (GHG) emissions, which include the impact of fuel at each stage of production, can be cut by up to 80 per cent with renewable diesel versus traditional diesel, depending on the feedstock used, he says.

In the U.S., the renewable gas industry has been growing at about 30 per cent annually in recent years, indicates a report produced for the Coalition for Renewable Natural Gas, Mr. Lin says.

It’s an attractive industry given that many utilities, globally, are targeting higher renewable content to decarbonize, he says. As Greenlane outsources its manufacturing equipment, it can ramp up its backlog – now around $47-million – with less cash-flow risk.

Energy efficiency doesn’t garner big headlines, but it helps reduce the impact of climate change, he says. A report by the International Energy Agency indicates that buildings, their construction, and operations through heating, ventilation, and air-conditioning (HVAC) contribute to about 40 per cent of carbon emissions globally.

In this space, he likes Vancouver-based Legend Power Systems Inc. LPS-X, which helps commercial and industrial buildings with efficient power management. Its Smartgate device acts as a surge protector to manage a building’s voltage consumption, and that reduces costs, Mr. Lin says.

Legend Power will also analyze the energy efficiency of a building, install the device, and receive recurring revenue from a fee it charges for ongoing building monitoring and analysis.

Another holding in the fund, Richardson, Tex.-based Lennox International Inc. LII-N, is a more plain-vanilla energy-efficiency story as a provider of HVAC products, he says. The company makes newer models that have “a very quantifiable reduction in power usage and therefore efficiency.”

Hydrogen along with fuel-cell equipment is a key theme in the fund because the global drive to reduce GHG emissions will require many different forms of renewable energy, Mr. Dragosits says.

Although most of the hydrogen today is grey hydrogen produced by fossil fuels, such as natural gas, the ultimate goal is to create green hydrogen generated by clean power sources such as solar, wind, and hydro, he says.

Green hydrogen is produced by electrolyzers that use electricity to capture hydrogen after it’s split from oxygen. Currently, hydrogen made from electricity is more expensive than methods using fossil fuels.

Green hydrogen represents about 1 per cent of the hydrogen produced now, he says. “But there are some companies and investment dollars looking at green-hydrogen production as the growth area for the future.”

While solar and wind power have intermittency issues, hydrogen fuel cells can produce electricity without that problem, and can also be used in combustion engines, Mr. Dragosits adds.

Plug Power’s fuel cells are used primarily in electric vehicles, such as forklifts, but it is also vertically integrating into green-hydrogen production. It’s building green-hydrogen facilities with a goal to have over 50 per cent of its fuel cells with green content by 2024, he adds.

The company also “has partnerships and agreements with top Chinese manufacturers of engines, as well as some German automotive suppliers,” he says, so it’s a story about global growth.

Other holdings include Norway-based Nel ASA and Britain-based ITM Power PLC, which make electrolyzers and are also suppliers of hydrogen-fueling stations.

Nel, the world’s largest electrolyzer manufacturer, has delivered more than 3,500 units in about 80 countries. It’s also expanding the production of electrolyzers through large-scale plants that will drive down the costs for these units sharply, he says.

“As costs come down, that makes hydrogen a more accessible form of clean energy.”

Why are advisors and investors so split on ESG investing?
June 17, 2021 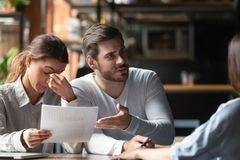 Why advisors and investors need to take growing concerns of ‘greenwashing’ seriously
June 17, 2021 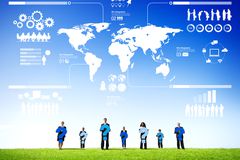