The growing menu of cannabis stocks may be enticing for investors seeking to profit from the green gold rush, but betting on winners is not easy.

Cannabis companies have been in the spotlight during the run-up to the legalization of recreational pot in Canada. With the passage of Bill C-45 in the Senate, the sale of marijuana now has the green light, although it will be fall before consumers can buy cannabis products.

Risks for investors still abound in this young industry. There is uncertainty as to whether producers can meet delivery targets, or whether there could be a cannabis glut. It is unclear whether restrictions on cannabis advertising will make it difficult for the legal product to compete against the black market.

And it hasn’t been determined how much dilution shareholders face because of bought-deal financings, whereby the underwriting syndicate buys the entire stock offering and resells the shares to their clients.

Given the potential landmines among pot plays, we asked three cannabis-focused fund managers for some of their top picks.

The Gatineau, Que.-based medical cannabis producer is “one of the leaders in the space, but seems to be getting overlooked,” says Mr. Taylor. “Its stock trades at a discount to its peers, and about half of the valuation of Canopy Growth Corp.”

In April, Hydropothecary signed a five-year deal with Société des alcools du Québec to supply more than 200,000 kilograms of cannabis products for recreational use, thus becoming Quebec’s preferred supplier. The firm, which has a strong management team, is expanding its greenhouse capacity, investing in extraction technologies, and plans to grow globally, he says. “They are working on research and development projects for extraction into oils and infusion into beverages.”

Hydropothecary, whose cost of production is less than $1 per gram, also benefits from cheaper power in Quebec. The firm is an unlikely takeover candidate but could partner with a major beverage or drug-industry player, he adds. The company plans to change its name to Hexo Corp. in the future.

The Vaughan, Ont.-based cannabis producer is well-positioned as a play on medical marijuana that could “explode in demand,” Mr. Taylor suggests. It sells higher-margin cannabis oils and has introduced innovations, such as vegan-based capsules.

CannTrust has credibility in its niche because it was founded and is controlled by former pharmacists, and has partnered with Apotex Inc., Canada’s largest generic drug maker, which exports to more than 115 countries, he adds. But CannTrust, which has indoor-grow and greenhouse facilities, also plans to expand into recreational cannabis and is developing pet products, too, he says. “They are thinking out of the box.”

The firm, which has reported three consecutive quarters of profit, recently raised $100-million from a bought-deal to meet its growth needs. CannTrust, whose stock trades at a big discount to peers such as Canopy Growth Corp., could be a takeover target for a pharmaceutical giant, he says.

Shares of the Leamington, Ont.-based medical cannabis producer, which are off sharply from their January peak, are compelling on a relative-value basis, says Mr. Taerk.

Aphria’s recent acquisition of Nuuvera Corp. was controversial because of cross-ownership, but it is helping global expansion, he says. Aphria, a low-cost producer, now has access to more than 13,000 pharmacies in Germany. The firm, whose current production capacity is second only to Canopy Growth Corp., has also posted 10 consecutive quarters of positive earnings before interest, taxes, depreciation and amortization (EBITDA), he notes. It has a strong management team led by Vic Neufeld, formerly CEO of Jamieson Laboratories Ltd., he adds.

Aphria is building a $55-million extraction facility for cannabis concentrates to be used in everything from edibles to infused beverages, and has also partnered with Southern Glazer’s Wine & Spirits for product distribution, he adds.

Organigram is one of the top five Canadian licensed medical marijuana producers in terms of current production capacity, but its stock trades at a significant discount to its bigger peers, says Mr. Taerk.

Based in Moncton, N.B., it doesn’t have the profile of Ontario players but benefits from lower power rates and cheaper land costs, he adds. Organigram lost its organic certification in 2016 after some batches tested for pesticides, but new management led by chief executive officer Greg Engel “has turned the ship around,” he says. The company will be getting its certification back, but only a small part of its business will be organic, Mr. Taerk notes.

Organigram’s cost-per-gram averaged $1.22 during the latest quarter, which is low for an indoor grower, he says. Organigram, which is doing a “nice job of creating a brand strategy” for recreational cannabis, is also a potential takeover target or could merge with other regional players, he adds.

Toronto-base Valens, which aims to be a vertically integrated cannabis products provider, is attractive as a multi-licensed company with various revenue streams, says Mr. Campbell. “But their big business is going to end up being in extraction.”

The company, whose production facilities are in Kelowna, B.C., holds a dealer’s licence to produce and sell its higher-margin cannabis oils, and has an agreement with Canopy Growth Corp. to distribute its products through its CraftGrow program. Valens has applied for a cultivation licence, but also signed a deal recently with Speakeasy Cannabis Club Ltd., which will also supply it with cannabis. Valens, which has a licence to offer cannabis-testing services, has teamed up with U.S. scientific instruments maker Thermo Fisher Scientific Inc. to do so.

Valens could be a takeover target for players wanting extraction expertise or could even merge with smaller firms to build a regional powerhouse, he says.

This Chilliwack, B.C.-based company, which is involved in growing and distributing medical and recreational marijuana in the United States, operates three distinct business lines, says Mr. Campbell. Its business is focused on Nevada, a medical-marijuana state that legalized recreational cannabis in 2016. Friday Night is a potential takeover target for a player that wants a foothold in that state, or it could be an acquirer, too, he says.

And its Spire Secure Logistics unit, which gets a recurring revenue stream from selling security services to the cannabis industry, will see demand grow as the industry matures, he predicts. 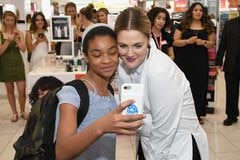 Don’t slam on the brakes – keep active and ease into retirement
Globe Advisor content
May 24, 2018 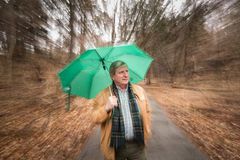 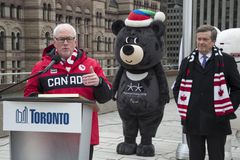