In the mid-2000s, Martyn Bailey got his first taste of reward points. The Toronto-based media professional started travelling for work, signed up with Aeroplan and quickly began racking up the rewards.

It was around that time that credit cards offering rewards became popular, as companies enticed potential clients with big sign-up bonuses. So Mr. Bailey got a CIBC Aerogold Visa, which came with a 5,000-point bonus – but also with an annual fee. He already had a no-fee credit card, so he cancelled his Aerogold card a few months later before the annual fee came due. Then, two months after cancelling, he signed up again, wondering if he’d be able to get the welcome bonus he received a few months earlier. Sure enough, he did. “All I did was apply online,” he says. “It was well within their rights to flag me, but no one did.”

Aeroplan declined to comment on how long a person must wait before reapplying for a rewards card.

Mr. Bailey had discovered a practice that offers the chance to accumulate big point bonuses – with their big rewards – over and over: credit-card churn.

For nearly every year over the next decade, Mr. Bailey would sign up for an Aerogold Visa, cancel after 11 months, wait eight weeks and sign up again – and every time he’d received the sign-up bonus, which is 15,000 points today. He also did the same for a Marriott-related card a few times. This strategy has helped Mr. Bailey earn two million Aeroplan points. He has another million from the frequent travel he now does.

Mr. Bailey, who has travelled to places such as Japan and Australia on his points, is one of many card users who have become churners. But it’s not for everyone: Only financially savvy individuals who have sparkling credit scores and good organization skills can make it work.

The Right Way To Churn

Patrick Sojka, founder of RewardsCanada.ca, a popular website for credit-card rewards information, says there’s nothing wrong with churning – It’s not illegal and you won’t lose points if the card company decides not to issue you a future card. “It’s a good way to potentially earn a lot of points,” he says.

But churning can go wrong in two ways: If you don’t cancel the card, you end up paying the annual fee in the second year (the fee is often waived in the first year), or if you buy something on the card and forget to pay it off. In general, collecting rewards only works if you pay off your card in full every month, says Laurie Campbell, chief executive officer of Credit Canada. Otherwise, the interest charges, which don’t earn rewards, eat into the total value of the points. The same goes for the annual fee, which also doesn’t earn card holders any rewards.

For those doing this with more than one card, Mr. Sojka suggests using a spreadsheet to keep track of sign-ups, minimum spends – some cards require users to buy a certain amount before the bonus points kick in – and when cards gets cancelled. The last part is key, because you need to know when to apply again. Typically, you have to wait six to eight months to apply again, but some companies will issue a new card sooner, he says.

The best cards for churning, he says, are the ones where you get big bonuses and can reapply after a handful of months. The MBNA Alaska Airlines World Elite Mastercard, which comes with 30,000 bonus points after you spend $1,000 on the card, and the MBNA Best Western Mastercard, which comes with 20,000 sign-up points, are Mr. Sojka’s top cards for churning. You can reapply for both after three months.

The TD Aeroplan Visa Infinite, which comes with a fee as well as 15,000 sign-up points, can be renewed six months after cancelling, he says, while most American Express cards can be renewed after six or eight months. But Amex, Mr. Sojka notes, has terms stating that only new customers are eligible for the bonus, but some people do get it a second time around. “Churning Amex is hit-and-miss,” he says.

Careful With Your Credit Score

One of Mr. Bailey’s biggest worries with churning has been the effect it might have on his credit score. But churning itself doesn’t necessarily hurt one’s score, says Julie Kuzmic, director of consumer advocacy at Equifax.

Assigning credit scores is a complicated process and many factors are involved in determining a rating. When it comes to churning, scores can be affected in two ways: If the average age of one’s accounts is less than 12 months, and if there are too many “hard inquiries,” which occur when someone is applying for credit.

The point of a credit score is to determine if a person is likely to repay their obligation, Ms. Kuzmic says, and so holding an account for a short time and repeatedly applying for credit might be a sign someone is desperate to borrow and may have trouble making payments, she says.

These things matter more if you’ve already done something that lowers your score. If you’ve, say, missed a few payments in the past, then a hard inquiry will affect your credit score more than it would someone who has a pristine record of repayments. While scores don’t take into account entire histories – typically, only the past three years of hard inquiries matter – if you do miss a payment during your churning adventures, then you could be penalized retroactively for the number of hard inquiries made in prior years, she says.

Still, it’s possible to have a stellar credit score and churn. At The Globe and Mail’s request, Mr. Bailey checked his score for free through Borrowell, which uses Equifax for its credit-rating checks. It showed that he had at least 16 closed credit cards, all with nothing owing, and that the first one was opened in August, 1995.

Despite all the openings and closings though, Mr. Bailey, who says he’s never missed a payment on any of his bills, has a credit score of 833. The Canadian average is 745, according to Borrowell, and 900 is a perfect score. “It appears that a lifetime of chasing credit cards has left me with some great vacations," and a credit score that is none the worse for wear, he says. 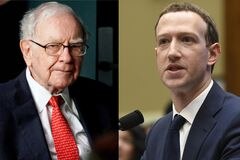 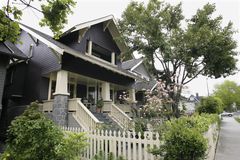 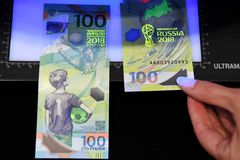