Eric Arnold has been approached for money almost every day since he raised $15-million for his robo-adviser company Planswell Inc. and as his LinkedIn posts about life as a serial entrepreneur go viral.

“I get about five people a day on average asking me for help or money – and during the two or three weeks [around] when you have a good, viral post it’ll be hundreds,” says Mr. Arnold, Planswell’s chief executive officer.

“I’ve had people from Uganda who got scholarships to South Africa that are running out of money, that need money, and people with all sorts of weird health complications that have their own GoFundMe pages that they’re asking for money for.”

Mr. Arnold’s experience is not uncommon for people who sell their companies, win lotteries, become famous, land a big inheritance or belong to or marry into an affluent family. They learn pretty quickly that having money means picking and choosing who to share it with and who to say no to – a decision that comes with the risk of ruining friendships or developing a reputation as a Scrooge.

How to choose who to help financially

Mr. Sung recommends his affluent clients develop a process for dealing with money requests that involve having a position on what circumstances would prompt them to help someone financially.

He says clients should know in advance what they would do if a loved one needed money because of a medical situation or for their education, whether they want to donate to charities and if they would be willing to entertain requests from their children for significant amounts of cash. Some affluent clients tell their children early on that they won’t be funding their education, he says, while others adopt policies around not lending or gifting money to family and friends.

“When people begin to know that that’s your policy, eventually, they stop asking,” Mr. Sung says. “If you are being organized and having that clear for yourself in advance, it allows you to be far more prepared and to go about it methodically when you’re approached.”

Kim Inglis, a financial advisor and associate portfolio manager at Raymond James Ltd. says some people who achieve sudden wealth are caught off guard by the money queries.

“They start opening themselves up to all these requests and they end up giving away more than they can afford,” Ms. Inglis says.

Her advice? “Do nothing until you have time to sit down and make a financial plan.”

Ms. Inglis also believes in having a strategy for handling the high volume of money requests. For some of her clients, it means putting aside a set amount of money every year for those specific asks and developing criteria that must be met for them even to be considered. Many of her clients set up a trust with a board of directors and a formal application and screening process for money they distribute.

The gentle let down

Once you have a personal policy and plan on who to give to, there is still the tricky matter of how to say no to some requests.

Mr. Arnold tries to respond to all money requests – whether he plans to fulfill them or not – because he knows what it’s like to be one asking. He repeatedly sought funding for his businesses including search engine Qrate Search Inc., education platform Lesson Vendor, loose leaf tea retailer 120 Tea Inc. and music subscription service Weekly Indie Ltd.

He believes it’s important to make each person who reaches out feel like they’ve at least been heard.

“There’s been several dozen [messages] that have been borderline suicidal cries for help ... so I like to make sure that I give a response to everyone that .... really needs it,” Mr. Arnold says, adding that tries to reply in a way that makes people feel like they’re not alone.

He also tries to ask each person requesting funds for more information on why they need them. The question can help him figure out other ways to be supportive, if he’s not going to give them money, including suggesting other funding avenues they might wish to consider.

If he is still unable to help, he usually tells them he doesn’t have the “bandwidth.”“It’s telling them I’m busy and I can only look at so many different opportunities, but...it’s not about them. It’s not that they’re not fundable. It’s not about their ideas,” Mr. Arnold says. “It’s just that I personally can’t engage with it.” 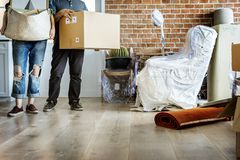 How the ultrahigh-net-worth investor prepares for a recession
September 10, 2019 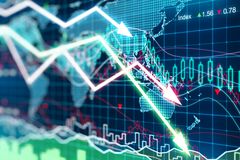 How the wealthy ensure the security of their families and homes
September 10, 2019