Want to boldly go where mostly ultra-wealthy investors have gone before? Space, the so-called final frontier, is a $435-billion industry that’s expected to grow to more than $3-trillion over the next three decades.

Once the domain of governments and large aerospace contractors working on state-sponsored projects, the space industry has evolved into a hotbed for startups with disruptive technology. Think Space Exploration Technologies Corp. – or SpaceX for short – founded by Tesla chief executive officer Elon Musk, and Blue Origin LLC, run by Amazon.com Inc.’s Jeff Bezos. Both companies design and build reusable rockets and spacecraft to carry cargo and humans into space.

Beyond these high-profile ventures are hundreds of other space companies that have launched in the past few years, with businesses that range from asteroid mining to off-Earth manufacturing.

“Now is a good time to start watching space companies,” says Simon Drake, director and co-founder of Space Ventures Investors Ltd., a London-based venture capital firm that focuses on space commerce. “If you really study the sector, you can be more exposed to gradually emerging sectors within the space sector that suddenly accelerate into prominence.”

“Historically, the space industry has been characterized mainly by large, cash-rich incumbents such as aerospace companies and defence contractors,” Mr. Anderson says. “Now we’re seeing new companies coming in and disrupting these incumbents, doing things better, smarter and cheaper, and they’re getting the attention of investors.”

In 2009, perhaps a dozen space companies had received equity funding, he says. “Today there are about 320 companies with equity investments of almost US$15-billion.”

The entrepreneurial energy that has infused space has drawn the attention of ultra-wealthy investors. Mr. Branson, for instance, is a shareholder in Planetary Resources Inc., a Seattle-based satellite maker that’s developing a program to mine asteroids for water and precious metals. The company is also backed by Google billionaires Larry Page and Eric Schmidt, as well as Texas businessman Ross Perot Jr.

Investing in space isn’t as simple as buying stocks on a trading platform, however, as most of the new companies in this sector are privately owned, says Chris Higgins, a Chicago-based equity analyst at Morningstar Research Inc.

“I think it will be difficult for retail investors to access most of the companies that we would call ‘new space,’ which are privately funded by venture capital firms or owned by fairly affluent, single investors,” says Mr. Higgins. “Will these new space opportunities open up to investors in the near future? I think the bellwether is SpaceX – if it were to go public then others would follow.”

“But it’s up to the individual to do their own due diligence – you have to look at the technology, the readiness, the cash burn, et cetera,” he says. “It all starts with doing your own research, picking something you are passionate about and willing to follow, and finding an investing instrument that suits you.”

Look at the management team

Investors should understand the risk they’re taking on, adds Mr. Drake. For example, a debt or equity investment in a space startup with a five- to 10-year timeline to execute its business plan might be considered high risk, especially if the founder’s vision isn’t backed with solid technology.

Ideally, investors want to back a management team with a history of success in a similar business or industry. In the absence of such a history, investors should ask whether the company has a board of directors or advisors with a successful track record in space, says Lorne Steinberg, president of Lorne Steinberg Wealth Management in Montreal.

“If you’re seriously considering investing in a business, pick up the phone and call the company,” he says. “Meet with the people running the business and ask about their background, their financial information and their business plan.”

For investors who lack the knowledge or time to conduct their own in-depth research, a space-focused venture fund might be a better way to go; venture capital firms typically have deep databases on the companies and industries within their purview.

And no, you don’t have to be a gazillionaire – or even a millionaire – to be a space investor, says Space Angels’ Mr. Anderson, whose firm’s portfolio includes Skywatch, a Waterloo, Ont.,-based company that provides an interface to access Earth observation data, and Astrobotic Technology Inc., a Pittsburgh-based “rideshare” service that delivers payloads to the moon.

“With our fund, you can get in for as low as US$25,000,” he says. “This is a common misconception – that investing in space companies takes a lot of money and a lot longer to exit.

“We have a giant database of all private transactions in space, and what that showed us is that space companies generally need the same amount of money as general companies, but valuations are quite low, especially in the early days.”

Compared to general technology investments, space companies tend to have stronger fundamentals because most come to the table with built technology, customers and revenue, says Mr. Anderson.

Returns from these investments can be “well, well, well above average,” he adds. “There’s so much going on, so much low-hanging fruit in this industry.”

Another option for retail investors

Some larger, public companies offer investment opportunities in the space race to retail investors, but only a small part of their business in space, says Morningstar’s Chris Higgins. 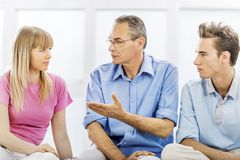 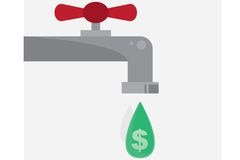