Exploring the world’s top restaurants can be tremendously rewarding. But it can take a lot of work.

Chef Peter Dewar spent four hours on the phone seeking a reservation at Eleven Madison Park in New York, considered by many the top restaurant in the world. “Amazing and worth it,” he said.

“You need to work to get into really high-end restaurants, starting three to four months in advance to get a dinner reservation,” said Mr. Dewar, an instructor in the Faculty of Culinary Arts at Nova Scotia Community College.

His favourite spots worldwide are Scandinavia, for its amazing one- two- and three-star restaurants, and Japan for its traditions and elegance of its food. “Travelling and eating, I’m good at it,” he jokes.

Here are a few foodie destinations you might want to add to your bucket list – some high end, others more accessible.

Indigenous creativity at Attica in Australia

The critically acclaimed restaurant Attica in Melbourne offers native-to-Australia ingredients in a 17-course tasting menu. Among its offerings have been whipped emu egg with quandong (a native bush peach); a sort of “taco” made with macadamia nuts, herbs and flowers grown in the restaurant’s garden; hand-picked crab with native-inspired wattle bread; native ants; and of course kangaroo meat served with a local herb called saltbush. These dishes are the creations of chef Ben Shewry, and most ingredients are unfamiliar even to native Australians.

Kangaroo tastes like lean beef and is healthy and sustainable, experts say. The animals graze in the wild, producing meat free from antibiotics and growth hormones.

The tasting menu costs $275; add $185 for wine pairings. You can make your visit to Attica a full-day adventure by visiting Ripponlea Estate, where Attica chefs grow their own produce.

Details: Attica is in Ripponlea, a suburb of Melbourne. www.attica.com.au

The fishing industry is ingrained in the East coast culture – even Costco and McDonald’s have offered lobster sandwiches.

Trout Point Lodge, a luxury retreat in southwestern Nova Scotia, teaches visitors how to choose and prepare lobster, and even to use the entire crustacean to make bisque, owner Patrick Wallace says. Instructors have Michelin-star experience.

Guests can also forage for local berries and chanterelle mushrooms, often included in that night’s meal. The menu recently offered pan-fried sturgeon loin and rainbow trout prepared tableside. “It makes for a great spectacle for our guests to have it filleted and served in this way,” says Mr. Wallace, who runs the resort with his wife, Pamela.

Other packages include guided night-sky walks under one of North America’s darkest skies in the UNESCO-designated Southwest Nova Biosphere Reserve, and ice and geology excursions in the Tobeatic Wilderness Area.

Details: Trout Point Lodge is three hours from Halifax or 40 minutes from the ferry that runs daily from Yarmouth, N.S., to Portland, Maine. Packages start at $1,459 a couple for two nights including meals and a cooking class. www.troutpoint.com

The art of Neapolitan pizza-making, or pizzaiuolo, was added to UNESCO’s list of the “Intangible Cultural Heritage of Humanity” last December.

The culinary practice comprises “four different phases relating to the preparation of the dough and its baking in a wood-fired oven, involving a rotatory movement by the baker,” according to UNESCO. To call their pizza Neapolitan, restaurants must follow guidelines set by the Associazone Verace Pizza Napoletana.

If you’d like to try your hand, Pizza Consulting in Naples offers three levels of instruction: The 20-hour “amateur” course covers the basics ($1,076), the “master” is for those looking to upgrade their skills (price varies with course length), and “professional” is a 100-hour course over 20 days for people who have never worked as a pizzaiolo and want to learn the profession. An interpreter will be required on some days for non-Italian speakers ($4,305).

To compare your new skills with those of the locals, try Pizzeria Starita, founded in 1901 and listed by Michelin as one of the top 10 pizzerias in Italy (multiple locations). Prices range from $12 to $44.

In 1911, Octaaf Callebaut started making chocolate in Wieze, a small Belgian town. The company began selling around the world in the 1960s, and today it’s an industry leader.

Ecole Chocolat offers courses for students who want to advance beyond its online course. Their next six-day “Making Chocolate in Belgium” program at the Barry Callebaut Chocolate Academy in Wieze offers hands-on training with Belgian masters in their laboratories as well as visits to Chocolate World in Antwerp and chocolatiers’ boutiques in Brussels.

The school offers similar courses around the world. Many graduates have started businesses, but students can choose whether to include business courses.

Price: $4,820, which includes accommodations in Aalst, Antwerp and Brussels, two dinners and most breakfasts and lunches (flights not included).

If you go to New Orleans, you must try the city’s signature muffuletta sandwich, a drool-inducing stack of cured meats such as soppressata, mortadella, capicola and provolone cheese, with house-made olive salad on a roll or bread with a soft crust.

Cochon Butcher is the casual offshoot of Cajun-inspired Cochon, founded by James Beard Award-winning chefs Donald Link and Stephen Stryjewski. Their muffuletta (US$14) is satisfyingly juicy and rich, filled with cured meats and house-made Giardiniera, the olive salad that’s key to this classic.

Visit early in your trip to New Orleans so you’ll have time to return to Cochon Butcher for Le Pig Mac, made with pork patties; get a side order of the to-die-for marinated Brussels sprouts.

The pinnacle of beef in Japan

Kobe beef, the famed Japanese delicacy, is on menus all over the world. But is the “Kobe” steak or burger on the menu at the Cheesecake Factory or your local gastro-pub the real deal? Probably not.

To be authorized as Kobe beef, it must come from a bullock or virgin cow born in the Hyogo Prefecture, with pure Tajima lineage, bred and raised by a designated farmer and slaughtered within Hyogo. It must also meet marbling standards; only 5,000 head of cattle are certified as Kobe every year.

Starting in 2012, some producers began exporting to countries including Canada in small quantities, with the pedigree and production history of each cut traceable by its ID number.

At Tajima Pasture Park, visitors can see the famous cattle and at the Tajima Cattle Museum you can learn about the history, culture and secret to their deliciousness. 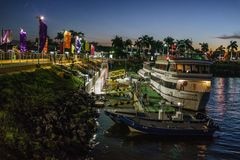 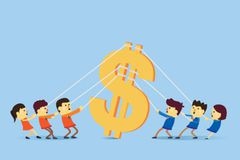