Andy Knapp wagered there was a market for luxury off-campus housing when he first invested in student condos six years ago in Waterloo, Ont. Now, he owns seven dwellings that bring in nearly $17,000 in monthly rent.

“It’s not hard to get these places filled,” because the condos are right next door to the city’s two universities, says Mr. Knapp, 40, who, in addition to investing in real estate, is the founder of a Toronto renewable energy company and a Waterloo University graduate. “I rent now to a lot of [Wilfrid] Laurier University hockey players and foreign students.”

Student housing is gaining more attention among higher-net-worth investors. Some are buying newly built apartment-and-townhouse condos targeted at this niche, while others are investing in private real-estate investment trusts (REITs) that own student accommodations.

It’s a far cry from the days in Waterloo when student housing meant renting old or run-down buildings, recalls Mr. Knapp, who is president of Toronto-based Moose Power Inc. “I lived in a crappy townhouse 20 years ago.”

In addition to individual investors such as Mr. Knapp, who says he prefers the stability of investing in real estate to stocks, student housing has also landed on the radar screens of pension funds and other institutional investors. The Canada Pension Plan Investment Board, for instance, has been investing in operators of off-campus accommodations in both Britain and the United States since 2015.

“The appeal is a very steady and secure source of income,” says Andrew la Fleur, a Toronto real estate agent who deals with individual investors who buy condos. “If you buy a property right beside the university, it’s basically guaranteed tenants forever.”

Students may be viewed as bad tenants since they don’t have a credit history, but people in the game “know the secret that students are some of the best tenants that you can have,” says Mr. la Fleur. That’s because they often require parental guarantees so “you are not really renting to the student, but to the parents.”

Some people will own one or two student condos, while “other higher-net-worth investors may own five or 10 units,” he says. Toronto investors, for instance, will buy preconstruction student condos in smaller cities because prices are cheaper there, but the rents they can charge won’t be far off from those in Toronto, he adds.

The ease of investor ownership can be very appealing, says Mr. la Fleur, particularly if developers sell student condos along with a furniture package and offer property-management services for free during the first two or three years.

Still, location is key – whether it’s a five-minute walk from campus or close to good transit – when investing in student housing, he notes.

Also, because big-name developers are not involved in these projects, investors need to do their due diligence or deal with a developer with a strong track record in the space, he adds.

Toronto-based developer IN8 Developments Inc., a pioneer in the student-condo niche with its Sage brand, now has 13 buildings in Waterloo. Two more are in the construction phase in Waterloo and Kingston, Ont.

Student housing in Waterloo has become a more balanced market, while Kingston presents an opportunity because it has the lowest overall vacancy rate in Ontario – the percentage of rental units that are unoccupied – of 0.06 per cent, says Darryl Firsten, president of IN8 Developments.

“We are going after the luxury end” that appeals to both well-off international as well as domestic students, says Mr. Firsten. “It costs a lot of money to come to Canada to go to school. They [foreign students] want the highest-quality accommodation and have ability to pay.”

Other investors seeking exposure to student housing have gravitated to private REITs, which invest in this niche and whose unit prices are not affected by daily stock-market activity. These investments are sold by an offering memorandum, a legal document explaining the objective and risks of the private investment.

Toronto-based Alignvest Management Corp. last year launched a private REIT that invests only in student housing and provides a quarterly distribution. Alignvest Student Housing REIT, which has about $200-million in assets, now owns three buildings for a total of 1,315 beds in Ottawa and Waterloo.

Canada is 10 to 15 years behind other countries where off-campus housing has become a more professional and institutionalized living experience for students and an investment opportunity, says Sanjil Shah, managing partner at Alignvest.

Only 3 per cent of Canadian university students live in purpose-built, off-campus housing, compared with 10 to 12 per cent in the United States and Britain, respectively, Mr. Shah says. “It is not a market that has been developed.”

Alignvest aims to be a major consolidator in student housing here and create an attractive opportunity for institutional investors, he says. “Currently, it is higher-net-worth and family-office investors who have put the most money in the REIT.”

This private REIT isn’t the only pure-play, off-campus housing investment in Canada. Toronto-based CHC Student Housing Corp., which is listed on the TSX Venture Exchange, has been trying to acquire and manage off-student housing. However, it has suffered losses and its stock has fallen into penny-stock territory.

“We can’t comment on CHC’s situation, but we do believe the Canadian market is very attractive and large enough to support a vehicle singularly focused on consolidating the fragmented student-housing industry,” says Mr. Shah. “We have a robust and attractive pipeline of [potential] additional acquisitions.”

Toronto-based Centurion Asset Management Inc. oversees a private REIT that also owns student housing, but it is only part of a diversified portfolio. The $1.7-billion Centurion Apartment REIT is 17 per cent invested in off-campus accommodation, in addition to apartment buildings and mortgages.

This REIT, which was launched in 2009 and offers a monthly payout, has more than 2,700 beds in nine student properties in Waterloo, Montreal and London, Ont. It is still the largest REIT owner of student properties.

The student housing component is really “a value-added, tuck-in strategy for us,” says Greg Romundt, chief executive officer of Centurion. “I would argue that the student business in Canada can be part of a portfolio, but not stand on its own unless you have a very long time horizon.” 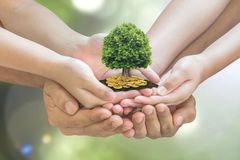 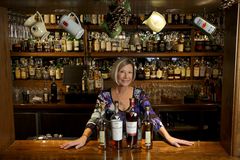 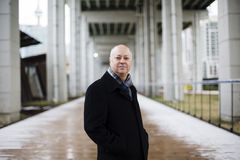