Retirement is generally seen as a time to forget the cares of the world. But with more high-net-worth seniors carrying sizable investment portfolios into retirement – and life expectancy having risen into the 80s – at least one advisor says their money should never retire.

“We’re always invested. We’re always growing our wealth. If it’s not for us to use in our lifetime, it’s to leave a legacy behind,” says Allan Small, senior investment advisor at Allan Small Financial Group, with HollisWealth.

Seniors transitioning from savers to spenders often make the mistake of hunkering down and reverting to a buy-and-hold mindset, Mr. Small says. Once a tax-efficient plan to make withdrawals is in place, the basic rules of investing should remain the same, he says, and retirees should maintain a diversified portfolio to limit risk while staying exposed to new opportunities.

“Make sure as you withdraw you keep a balanced portfolio,” he says. “If the client wishes to become less risky over time, which many of them do, then you start to sell off some of the equities and use that money to provide income.”

The decision to start the draw-down process with equities comes pretty easy these days, considering that rock-bottom fixed-income yields over the past decade have pushed investors to take large equity weightings to meet growth goals.

“Now that we’ve gone through a long period of low interest rates, a lot of retirees don’t have as many short-term bonds in their portfolios, so we’re liquidating equities over time,” says Mr. Small.

In most cases, the first stocks to be sold in a retirement portfolio should be those that have appreciated in value to the point where their price is high in proportion to the company’s earnings, he says. The metric is known as the price-to-earnings, or P/E, ratio. He says a high P/E ratio is almost always a sell signal, and even if the cash from the sale isn’t needed for current living expenses it can be reinvested in another stock with a low P/E ratio.

“You buy an investment. You set your target. Once your target is reached you do another evaluation. Do I sell some, do I sell all, or do I not sell any? Then you set a new target,” he says. “You’re constantly rotating assets, taking from your winners and buying the stuff you think is cheap.”

He says many retirees make the mistake of drawing down equities too aggressively over fear they will not have enough time to recover from a 2008-style correction, where equities lost nearly half their value in a few months. Some turn to gold, telecoms or utilities or other defensive areas of the market, he says, adding that not being in the equity market is a risk in itself.

“If you sell off and go too low-risk, there could be a fear the client could outlive the money they set aside for retirement,” he says.

While investment strategies before and during retirement are basically the same, the one overriding difference is how retirement income is drawn in a tax-efficient way. Withdrawals from registered retirement savings plans (RRSPs) and registered retirement income funds (RRIFs) are fully taxed according to the individual’s tax bracket. Half of capital gains outside a registered account are taxed according to the individual’s tax bracket, and funds drawn from a tax-free savings account (TFSA) are never taxed.

At 65 years old, married couples can also split their income-tax burden by shifting up to half of the income from the higher-income spouse to the lower-income spouse.

Determining which account to draw money from is a delicate balancing act influenced by the individual’s tax bracket, says Karen Slezak, tax partner at Crowe Soberman LLP in Toronto.

“If they’re in those lower brackets, pulling down some of the taxable money is not such a bad thing because you’re getting several years of using those lower brackets,” she says. “It’s really the person in the top tax brackets who would lean toward wanting to pull out the TFSA money so they’re not adding more income to their taxable income,” she says.

To further complicate tax matters, an RRSP must be converted to a RRIF when the plan holder turns 71, and mandatory minimum withdrawals are required based on the amount in the plan. If the plan holds a lot of money, the withdrawals will be taxed in a high bracket and the plan holder could even face an Old Age Security (OAS) clawback.

Ms. Slezak says large withdrawals from a RRIF can be avoided through early drawdowns of your RRSP before age 71. This can be helpful especially if you anticipate your portfolio will grow even larger before it’s time to convert to a RRIF. “A lot of times it does make sense to take a higher amount out early so you’re taxing some of that income in a lower tax bracket,” she says. The withdrawn cash could be put into a TFSA.

Taking too much out early leaves less time for investments to grow, however, and less money if the plan holder lives to a ripe old age.

“What if they’re living like my grandmother, who lived to 104? You’re worried about if there’s enough money to support the person into these long, advanced years of their retirement because you pulled it out earlier, and paid the tax earlier, and there’s a smaller pot of money left over,” she says.

To avoid coming up short late in life, she suggests the funds be reinvested in more tax-efficient vehicles. “You can either invest it in non-registered accounts, or if there’s TFSA room put it into a TFSA,” she says.

Non-registered accounts also offer a tax-saving feature where capital losses on investments can be offset against capital gains going back three years or forward indefinitely.

“If you need $10,000 you may want to sell out a few winners and a few losers so that at least the capital gain coming in has a capital loss to offset the tax bite,” she says.

In the end, the best tax-saving investment vehicle is the tax-free savings account.

“The TFSA can’t be beat because it is totally tax-sheltered during your lifetime and upon death as well. Leaving your TFSA money to someone is the ultimate in terms of tax savings.”

Tempted to buy a beach house? How to make the dream a reality
April 5, 2018 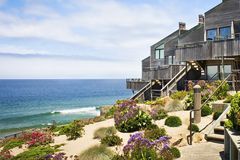 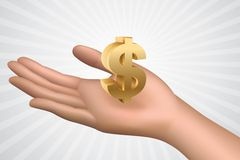 Meet Canada’s newest titans of technology (and next billionaires?)
March 15, 2018 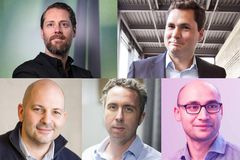