One of the first moves brothers Michael and Richard Hyatt made after selling their first technology company in 2011 was to set aside $3-million in a private foundation as a way to give back to society and build a philanthropic family legacy. There were some tax advantages, too.

The Hyatt Family Foundation donates about $120,000 to $150,000 each year to various Canadian charities. At the outset, the family received a one-time tax credit for contributing money to the foundation. The capital invested within the foundation can grow tax-free before being distributed to some of the family’s favourite causes.

To date, the foundation has invested in a wide range of charities with a focus on underprivileged children, education and women’s health.

“We worked very hard for that money, so we want it to go to a good place,” says Michael Hyatt, whose first family company, Dyadem International Ltd., was sold to IHS Inc. for almost $100-million. The brothers recently sold their second company, BlueCat Networks Inc., to U.S. private equity giant Madison Dearborn Partners LLC for a reported $400-million.

The duo is now looking at how to earmark some of the proceeds from the BlueCat sale to charity, which Mr. Hyatt says isn’t as easy as it sounds.

“Giving away money sounds romantic and great, but it’s hard to do,” says Mr. Hyatt.

For starters, it’s a lot of work. Unlike cutting a cheque for a charity and walking away with a tax receipt, a private foundation requires a lot of decision-making, governance, administration and upkeep to ensure the giving goes on for decades. The Hyatts set up the foundation so that the donations come from investment returns,and the principal never needs to be touched. “The idea was to make it evergreen,” says Mr. Hyatt.

Having a family foundation also means agreeing on where to give. “We have to decide as a group, which isn’t easy,” he says. “It’s all important. It comes down to the passion and what matters to you and your family.”

Adam Shapiro, a partner at Toronto-based wealth management firm Chronicle Wealth, says more families that come into a lot of money – either through the sale of a business or an inheritance – look to donate a chunk of it to charities of their choice.

“Strategically, it’s not unusual for people to think about philanthropy ... when it connects to some larger taxable event,” says Mr. Shapiro, who works with high-net-worth families on estate and succession planning, including charitable giving.

There are two types of charitable foundations, public and private. A private foundation is controlled by a single donor or family, and the majority of the board members are directly involved in the decision-making (known as “non-arm’s-length” directors). With a public foundation, a majority of the directors are at arm’s length – in other words, acting independently and not related to the donors. Some operate what’s called “donor-advised funds,” which are charitable-giving vehicles administered by a public charity created to manage donations on behalf of wealthy organizations, families or individuals. One key difference between a public and private foundation involves the level of disclosure required by the Canada Revenue Agency. Despite their names, the donor-advised “public” model actually requires less disclosure than its private counterpart.

While a private foundation may be more work than a donor-advised fund, the model gives the philanthropists more direct control over how the funds are distributed.

“Control is a huge factor,” says Elena Hoffstein, a partner and leader of the estate-planning group at Fasken law firm in Toronto.

Private foundations can also be used as a way to foster a sense of giving for future generations. “It can be used as a teaching tool for your children to get them involved in philanthropy and giving back, helping make investment decisions and getting committed to the causes,” Ms. Hoffstein says. “It’s a way to instill philanthropic values.”

Still, some philanthropists struggle with where to donate the funds. “A lot of people are good at putting money in, but not as good at finding the causes they should support,” she says.

All registered charities, including private foundations, are legally required to disburse at least 3.5 per cent of the average total value of all investment property held each year, so decisions need to be made.

For the Hyatts, finding the right charities to support is a challenge. They look for causes they’re passionate about but are also run well. The cause must also demonstrate a “social return,” says Mr. Hyatt. “It’s about doing something and making change.”

“It’s hard to give away money responsibly,” Mr. Hyatt says. “If you’re willing to put in the time and get involved, it’s a wonderful thing to be part of .... You can do some great things and help a lot of people.” 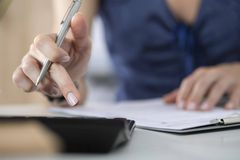 A smoother ride for investors in shaky times, but with risks
April 12, 2018 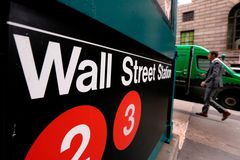 Boring is the new black as stodgy stocks rule the world
April 11, 2018 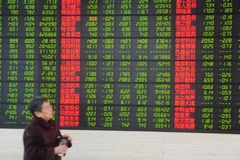