Dump the U.S. dollar! Buy emerging markets! Stay sustainable! These are among the consensus trades investment banks and asset managers reckon will dominate financial markets in 2021.

Vaccines will – hopefully – make 2021 the year of recovery from the COVID-19 pandemic, which has upended some sectors and reinforced the dominance of others.

Here are five trades the world’s biggest investment houses seem to agree on.

COVID-19 ended a decade of U.S. dollar strength, and expectations are for 2021 to bring more greenback pitfalls.

The reasoning, says Peter Fitzgerald, chief investment officer for multiasset and macro at Aviva Investors, is that no central bank can “out-dove the Fed.”

In other words, when the Federal Reserve cut interest rates near 0 per cent, it kicked away the dollar’s yield advantage over peers. And it still has room to ease policy.

How much and for how long will the dollar fall? Analysts polled by Reuters predict weakness to endure until mid-2021, capped by COVID-19 uncertainty.

But asset manager PIMCO notes dollar declines are fastest after deep recessions, with five instances of 8 per cent to 10 per cent annual depreciations recorded between 2003 and 2018.

Vaccines and rebounding economies will “hasten the dollar’s fall from grace,” PIMCO predicted.

It’s recommending currencies from China, Mexico, Brazil, South Africa and Russia, alongside bonds from Ukraine and Mexican oil company Pemex. Rival banks Goldman Sachs Group Inc. and JPMorgan Chase & Co. are also backing EM for 2021, with the B of A survey showing the sector the main favourite, or “overweight.”

Debt in emerging market currencies will net investors 6.2 per cent next year, more than the S&P 500, B of A expects.

The sentiment swing toward a sector that’s languished for a decade is driven of course by hopes of a China-led growth recovery but also the lure of higher emerging market interest rates, given 0 per cent or negative yields across richer countries.

But some remain wary. Higher Treasury yields could spark a 2013-style “taper tantrum,” Citigroup suggested. Investment-grade credit ratings are at risk in some countries such as Romania or Mexico, while more debt defaults are likely in weaker nations.

(CENTRAL) BANKING ON IT

Underpinning most bets is the view that the Federal Reserve, European Central Bank, Bank of Japan, Bank of England and People’s Bank of China will keep the cheap money flowing.

Central banks worldwide spent US$1.3-billion an hour since March on asset purchases, B of A calculates. There were also 190 rate cuts in 2020 year – roughly four every five trading days.

But with global GDP seen expanding 5.4 per cent next year – the most since 1973 – it might be hard to justify pushing the pedal further to the metal, especially if inflation creeps higher.

And not much policy room is left anyway. JPMorgan estimates that over 80 per cent of sovereign bonds from richer nations pay negative yields after factoring in inflation. Many investors including BlackRock Inc. are now underweight the sector.

A note of caution from JPMorgan – consensus forecasts in the past 10 to 15 years have correctly called the direction of Treasury yields only 40 per cent of the time.

The assets of investment funds adhering to environmental, social and governance (ESG) principles doubled this past year to more than US$1.3-trillion, and the IIF predicts the pace will accelerate in 2021, especially if U.S. president-elect Joe Biden pursues a greener agenda

Concerns about pollution, climate change and labour rights are the main drivers. But the IIF also points out 80 per cent of “sustainable” equity indexes outperformed non-ESG peers during the pandemic-linked sell-off, while renewable energy has been the runaway outperformer since then.

Two-thirds of ESG fund assets are in equities, but sustainable debt has grown 20 per cent in 2020 to more than US$620-billion. Governments are stepping up green debt issuance while central banks are eyeing more sustainable bond-buying and reserve strategies

Many of the above investment strategies are premised on a very different approach to trade and geopolitics under Mr. Biden.

He has vowed the United States will be “ready to lead” again on the global stage, but B of A cautions that China, North Korea or Iran may look to test him early on with “provocative actions.”

In some areas – big data, 5G, artificial intelligence, electric vehicles, robotics and cybersecurity – Mr. Biden’s policies might be just as combative as Mr. Trump’s. That may speed up the move toward what’s dubbed “splinternet,” with dual or multiple tech systems.

Tech and e-commerce companies account for almost a quarter of U.S. corporate profits, while tech comprises 40 per cent of MSCI’s emerging equity index. So watch this space. 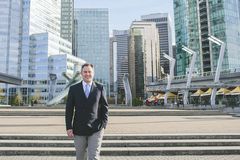 The returns of this $335-million fund manager are almost twice that of the TSX this year. Here’s his top picks in the sectors he likes right now
Subscriber content
December 14, 2020 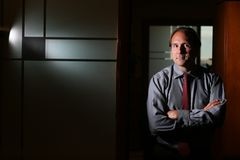 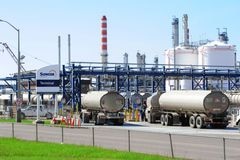