There is at least one bull market underway: in recession fears.

It’s apparent in how ordinary Americans are thinking about the economy. In August, consumer sentiment suffered its biggest drop since 2012, and Google searches for the term “recession” surged to their highest levels in more than a decade.

There are also signs that business activity is slackening. The factory sector is slowing worldwide, and according to a closely watched survey released Tuesday, U.S. manufacturing began contracting in August for the first time since 2016.

So how worried should Americans really be? The answer isn’t as simple as either “run for the hills” or “everything is fine.”

Rather, based on financial market moves and the economic data available so far, a period of sluggish growth looks more likely than an outright recession.

It might be painful in industries directly affected by the trade wars and the global manufacturing slowdown. But those sectors are a relatively small share of the economy. Even as the risk of recession has clearly increased in the last several weeks, there are also sources of resilience that have every chance of proving powerful enough to keep the decadelong expansion going.

The economy could experience a rough patch without tilting all the way into recession, which the National Bureau of Economic Research defines as “a significant decline in economic activity spread across the economy, lasting more than a few months,” and normally visible in a wide range of indicators.

We recently explored the ways a recession could happen in 2020. But it’s worth asking the opposite question: What are the reasons to think that the long expansion can continue despite endless trade wars, a slowing global economy and turbulent markets?

In this benign scenario for the year ahead, strong consumer spending powers the economy forward; the economic damage from the trade wars remains mostly confined to the manufacturing and agriculture sectors; and the Federal Reserve’s shift toward easier money since the start of 2018 kicks in with its usual delayed effects.

American consumers have been the drivers of the expansion this year, increasing their spending even as businesses display more caution. Because consumer spending accounts for a much larger share of the economy than business investment does, that has propelled overall growth.

The Labor Department will release its monthly reading on the job market on Friday, but so far in 2019 things have been pretty good for American workers.

The unemployment rate has now been 4% or lower for more than a year. The longer that persists, the more employers may be forced to adjust their operations in ways that favor longer-term growth: by offering better pay and benefits, by investing in productivity-enhancing equipment, and by investing in training for workers who might lack traditional qualifications or have a checkered work history.

For example, from mid-2015 to mid-2016, there was a huge pullback in business investment, caused by falling commodity prices and a slowing global economy. Yet personal consumption expenditures rose 2.7% in that 12-month period, about the same rate as now, which kept the U.S. economy as a whole out of recession.

Similarly, consumer spending kept rising despite a steep pullback in business spending after the dot-com crash in 2000 and 2001. That helped make the 2001 recession mild by historical standards — and it probably wouldn’t have been classified a recession at all if the Sept. 11, 2001, terrorist attacks hadn’t taken place.

There are plenty of reasons to think, in other words, that American consumers will be resilient even amid business pessimism.

Of course, that is true only so long as any business pullback is moderate and temporary. And so the optimistic story for the economy in the coming year also relies on some measure of peace in the trade wars.

One pattern evident since the trade skirmishes began in earnest in early 2018 has been that businesses are able to adapt to moderate tariffs reasonably well. Through some combination of relocating supply chains, raising prices, taking a hit to profit margins, or forcing suppliers to take a hit to profits, they manage to keep the direct economic effect manageable.

The risk for the future is less about a 15% tariff on this or that particular imported good, but rather a roiling series of open-ended trade wars on multiple fronts that could trigger a breakdown in international commerce.

But the good news is that the trade war has so far had the most direct impact on manufacturing and commodity-related industries, which are a moderate share of the overall economy. As of August, only 8.5% of U.S. jobs were in manufacturing.

In effect, the shift of the U.S. economy toward service industries over the last two generations may have left it better able to endure a global trade and manufacturing slowdown, particularly compared with export-reliant countries like China and Germany.

Finally, there is the Federal Reserve.

While lots of attention is being paid to whether or how much the Fed will cut interest rates in the immediate future, the reality is that monetary policy affects the economy with long lags. Moreover, it’s not just actual interest rate adjustments that matter — it is how markets perceive the future direction of policy that affects how hard or easy it will be for businesses and consumers to get money.

So, for example, as the Fed raised its target for interest rates in 2017 and 2018, the cost for businesses seeking to borrow money rose even faster. The effective rate on BBB-rated corporate debt — a proxy for borrowing costs of moderately risky companies — rose to 4.8% in December 2018 from 3.4% in September 2017.

One way of interpreting the slowdown in business spending this year is as a delayed result of that higher cost of corporate borrowing percolating through the economy.

But in early 2019, the Fed signaled a slower path of future interest rate increases, and this summer it began cutting rates. That has driven the rate on BBB-rated bonds down to 3.3%. Perhaps the reverse will happen as those lower rates percolate through the economy and companies find it easier to justify new projects.

The same applies to consumer homebuying, another key economic driver. Mortgage rates spiked in 2018 and have plummeted lately, which could bode well for housing in the months ahead.

There are a lot of risks out there, and it makes sense for CEOs and ordinary consumers to be wary of what the future could hold. But for now, a gloomy economic future remains a far-from-certain possibility. 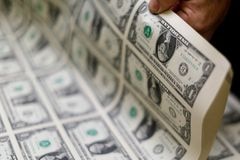 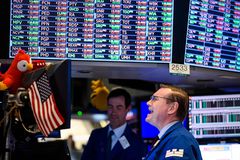 Rosenberg, Belski, Lascelles and four other market pros reveal their best advice for investing in the rest of 2019 Subscriber content
August 30, 2019 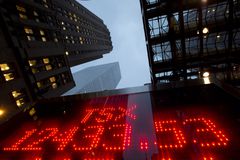