A softening of the U.S. government’s stance on Russian sanctions is bringing Alcoa Corp.’s best rally in years to a screeching halt.

Shares in the largest U.S. aluminum producer headed for the biggest slump in nine years as prices of the refined metal tumbled in London after the U.S. opened the door to relief from sanctions on United Co. Rusal, easing supply concerns. Century Aluminum Co. and Kaiser Aluminum Corp. also declined.

Last week, aluminum climbed to the highest in almost seven years as the curbs on Rusal, the top supplier outside China, set off a rush for alternative supplies. Concerns are now fading after the U.S. Treasury said it would provide sanctions relief if billionaire Oleg Deripaska relinquished control of the Russian producer. The U.S. also extended the deadline for companies to wind down dealings with Rusal.

“If that is the case, all the supply issues that people were worried about over the last week just disappear,” Ryan McKay, a commodity strategist at TD Securities in Toronto, said in a telephone interview. “Without the sanctions, it’s a pretty well-supplied market.”

Chicago-based Century slipped 4.4 per cent, while Kaiser, based in Foothill Ranch, California, slipped 1 per cent.

On the London Metal Exchange, aluminum for delivery in three months dropped as much as 9.4 per cent to $2,237 a metric ton. 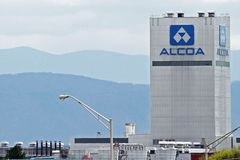 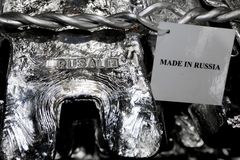