Now that temperatures are falling and the leaves are turning colour, my thoughts naturally turn to … dividend increases.

I don’t know if it’s because Christmas is coming, but fall is a time of year when many companies decide to share their good fortune with investors.

Dividend increases are great for a couple of reasons. First, they give you more cash. Second, and less obvious, a dividend increase signals that the company is performing well and is confident that it can sustain the dividend at the new, higher level.

Dividend cuts do happen occasionally. But most companies will be reluctant to raise their dividend if they think there is a chance they will later have to reduce it. Dividend cuts destroy investor confidence and are a recipe for a badly performing stock price.

Dividend increases that are supported by a company’s growing cash flow, on the other hand, are a bullish sign. Today, we’ll look at two companies that just raised their dividends – and will likely continue to do so. (Disclosure: I own both of these stocks personally and in my model Yield Hog Dividend Growth Portfolio. View it online at tgam.ca/dividendportfolio.)

I’ve been banging the table about A&W for a couple of years now. The chain makes great burgers, fries and onion rings and, for the past several years, it’s been serving up something just as delicious for investors: steady sales and distribution increases.

Third-quarter results announced on Oct. 17 were nothing short of spectacular. In a fast-food industry where chains are thrilled with low single-digit increases, A&W posted a 13-per-cent jump in same-store sales (a measure that strips out the impact of new-store openings). To provide some context, that crushed same-store sales growth of 4.2 per cent that rival burger chain McDonald’s Corp. announced on Tuesday.

In light of A&W’s strong results, the company hiked its monthly distribution by 1.4 per cent to an annualized $1.72 a share – good for a yield of 4.9 per cent. It was A&W’s third distribution hike this year and there are almost certainly more increases on the menu.

Elizabeth Johnston of Laurentian Bank Securities, the only analyst who follows A&W, expects the company to boost its distribution by a total of 3 per cent in each of 2019 and 2020. Ms. Johnston raised her target price on the shares to $36 from $34.50, but maintained her hold rating. The shares closed Tuesday at $35.23 on the Toronto Stock Exchange.

What’s driving A&W’s sales? The popularity of new and promotional menu items, such as the Beyond Meat Burger and Wild-Caught Cod Burger, is providing a nice tailwind. Price increases are also a factor, as are partnerships with third-party food delivery apps such as Uber Eats.

Not only are A&W’s same-store sales rising – they’ve increased for 21 of the past 22 quarters – but the Vancouver-based chain is also expanding aggressively, particularly in Ontario and Quebec where its urban restaurants have been among the chain’s top performers.

With restaurant royalty funds such as A&W – which licenses the chain’s trademarks to the operating company in exchange for a royalty based on a percentage of sales – the key driver of distribution growth is same-store sales. But new restaurants also help, and A&W’s expansion ensures a steady supply of new restaurants will be added to its royalty pool.

(While we’re still on the topic of burgers, I should note that McDonald’s increased its dividend by 15 per cent on Tuesday. Its same-store sales may have paled next to A&W’s, but they were still solid.)

When I wrote about Fortis a month ago, I indicated that a dividend increase could be coming at its Investor Day on Oct. 15. The company did not let me down: Not only did the utility operator hike its dividend by 5.9 per cent, but it extended its 6-per-cent annual dividend growth target by a year through 2023.

The St. John’s-based company also unveiled an updated five-year capital investment plan of $17.3-billion for 2019 through 2023 – nearly a 20-per-cent increase from the five-year plan at this time last year.

When utilities invest money, that’s a good thing: It increases the rate base – the value of assets on which a utility is permitted to earn a regulated rate of return.

The vast majority of Fortis’s capital investments – which include grid upgrades and clean energy delivery – are occurring in its regulated electricity and gas utility businesses in North America and are what the company calls “highly executable, low-risk projects.”

Fortis’s annual dividend has increased for 45 consecutive years now, and that record – the longest for a public company in Canada – is almost certainly going to continue.

Even as the company has been raising its dividend by about 6 per cent annually, “Fortis’ payout ratio has declined over time and now resides in the mid 60-per-cent range, prompting us to view the 6-per-cent dividend growth target as abundantly achievable,” Raymond James analyst David Quezada said in a note to clients. He rates the stock “outperform” with a target price of $50. The shares, which yield 4.2 per cent, closed Tuesday at $42.79.

Most other analysts are also bullish on Fortis. There are 11 buy recommendations, four holds and no sells, and the average 12-month price target is $47.85. Investigation
How Canada became a money-laundering haven for one of Gadhafi’s inner circle Subscriber content
June 25, 2018 Investigation
Public money, private influence: How some of our vital public institutions are vulnerable Subscriber content
May 30, 2018 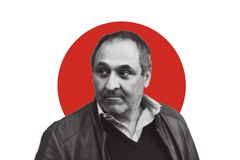