Bitcoin surged the most on an intraday basis since December after breaking through key technical levels.

The biggest cryptocurrency climbed as much as 16.9 per cent, piercing both the $7,000 and the $8,000 levels in less than an hour. Bitcoin swung wildly between gains and losses in December while reaching a record high of almost $20,000 before crashing.

Thomas Lee, head of research of Fundstrat Global Advisors LLC, cited a combination of Santander’s plan for a blockchain-based payment application, tax-related selling almost over and speculative short investors being squeezed out of the market for the surge.

Some backers of the digital token noted that the bearishness may be fading after the recent swoon that drove the price down more an 60 per cent in a few months.

“Serious money is now entering the market for the first time,” Jeffrey Van de Leemput, an analyst at Cryptocampus, a business that offers trading courses, said in a email.“A couple days ago I helped set up a 200k btc transaction for Chinese buyers. ... Soros etc are coming in, we will now see the start of the real bubble.”

George Soros, the billionaire investor who called cryptocurrencies a bubble in January, was said last week to have authorized his $26 billion family office to trade digital assets.

The spike caused short sellers to close positions, “spurring a waterfall of buy orders,” said Miguel Schweizer of cryptocurrency hedge fund Quantia Capital. Bears had amassed record shorts of more than 38,000 Bitcoin as of yesterday on trading platform Bitfinex, according to data compiled by TradingView. Short positions plunged to about 25,000 Bitcoin Thursday.

“As much as it pains me to say this, the chart does look a lot like other high flying stocks that I am buying on this dip,” Ross said in a report Thursday. 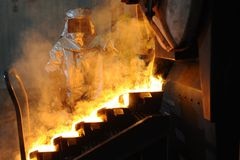 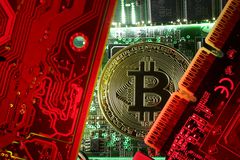 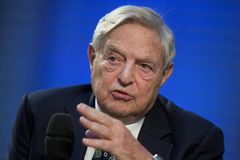