It’s bonanza time in Silicon Valley and on Wall Street.

Snowflake, a data storage and analytics provider, kicked off a frenzied phase of technology initial public offerings Wednesday when its stock opened at more than double its listing price and then soared in early trading, in a sign of Wall Street’s appetite for fast-growing companies.

The company opened at $245 a share on the New York Stock Exchange, up from $120 set by its bankers, and then shot up to as high as $319 before closing at $254. The listing, which valued Snowflake at $70.4 billion, was the largest so far this year and the largest ever for a software maker, according to Renaissance Capital, which tracks IPOs. It was also a major payday for Snowflake’s venture capital investors, who had valued the start-up at $12.4 billion just seven months ago.

Snowflake is among several prominent tech companies that are expected to list their shares in the coming months as the tech industry thrives amid the pandemic-induced economic downturn. After a lull in IPOs during the volatile early months of the coronavirus crisis this spring, new listings roared back over the summer and have accelerated in recent weeks, even as tech stocks hit some recent turbulence.

Other companies are also rushing to get out before the Nov. 3 election, which could lead to more volatility. They include Airbnb, the home rental company; DoorDash, the on-demand delivery provider; Wish, an e-commerce site; Palantir, a data analytics startup; OpenDoor, a real estate marketplace; and Asana, a collaboration software provider.

This week, software companies Sumo Logic, American Well Corp. and Unity Software are also set to go public, along with JFrog, which listed its shares Wednesday. Together, the debuts represent a private market value of more than $78 billion.

Investors are eager to back hot IPOs to juice their returns, said Kathleen Smith, principal at Renaissance Capital.

“We’ve been on this rocket ship of returns since the drop in March,” she said.

But Smith cautioned that Snowflake’s high price set it up for trouble if it did not keep growing quickly.

“It’s nosebleed territory,” she said. “It can’t mess up on the growth side.”

“This is just a hot deal, and we’ll have to live with the consequences of it,” he said in an interview with CNBC.

The action followed weeks of mounting hype over Snowflake, which offers database software that companies use to store and analyze their reams of information. Slootman, a longtime Silicon Valley software executive who has led Snowflake since 2019, previously ran ServiceNow and Data Domain, both of which also went public.

On Tuesday, Snowflake sold 28 million shares for $120 each, a sharp increase from its initial price range of $75 to $85. It raised a total of $3.4 billion in its offering, which was led by Goldman Sachs and Morgan Stanley.

The company’s revenue has been growing quickly, jumping 133% in the first six months of the year to $242 million, up from $104 million during the same period last year. But it is also unprofitable, losing $171 million in the first half of this year. In its offering prospectus, Snowflake emphasized that once customers begin using its services, it often gets them to move more of their data onto its platform.

In recent years, public market investors have been skeptical of the richly valued, money-losing “unicorn” startups that enjoyed a decade of free-flowing venture capital. Last year, Uber’s IPO flopped; and WeWork, the coworking company, pulled its IPO after intense scrutiny.

The arrival of the coronavirus in March further threatened to upend the startup industry. But the opposite has happened. Startups and big technology companies alike have benefited as people work and learn from home and live more of their lives online. Now startups are taking advantage of the booming stock market and investor excitement for tech.

Several tech startups with upcoming market debuts plan to try new methods and processes for the transaction. Some — including OpenDoor, the vehicle sales site Shift Technologies and various electric vehicle-makers — are agreeing to “blank check” mergers via special-purpose acquisition companies. Such transactions offer more flexibility around deal terms and can be completed quickly.

Others, like Palantir and Asana, said they would go public via direct listing, which bypasses the traditional underwriting process. With a private valuation of $20 billion, Palantir could be the largest company to try such a transaction, following in the footsteps of Slack, the workplace collaboration service, and Spotify, the music streaming company. Venture capitalists have argued for this method because it does not aim for a first-day trading “pop” that indicates the company could have priced its shares higher and raised more money from the transaction.

Past direct listings have also not raised new capital, but in August, the Securities and Exchange Commission approved the New York Stock Exchange’s plan to let companies raise money in direct listings. The plan has been criticized by some as harmful to potential investors.

Other companies may explore the Long Term Stock Exchange, a new trading platform created by Eric Reis, author of tech bible “Lean Startup.” The exchange, which is intended to give longer-term investors more voting control, is backed by several of Silicon Valley’s top investors. It opened for business last week. 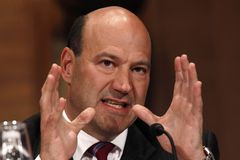 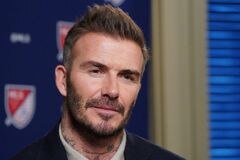 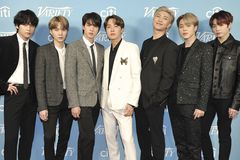