The race to become the first US$1-trillion company ended this month when Apple Inc. crossed the finish line, but there are a few other tech companies also on the brink.

Amazon Inc., Google parent Alphabet Inc. and Microsoft Corp. are within striking distance and Facebook Inc. isn’t too far behind.

If that group rings any bells for you, it’s because most of them make up the much discussed FANG group of tech stocks that have driven the indexes higher for the better part of the last year. Some names briefly cooled off in the past month or so, but the group is still pushing technology as the S&P 500’s leading sector.

The largest companies by market value are also part of another distinct group: momentum stocks. Investors following this strategy buy shares that have had the most robust price moves and profit growth, and tech stocks have also been leading on that note.

The momentum trade showed some signs of faltering recently, but there may be something that keeps it going for now. Companies are buying back an unprecedented amount of stock, announcing some US$430-billion in share repurchases in the second quarter alone. That was nearly double the US$240-billion announced in the first quarter, according to data from TrimTabs Investment Research.

If buybacks keep up their current pace, they could surpass US$1.5-trillion this year.

The tech sector is the biggest buyer, too. Announced buybacks are double what they were last year and more than half of the S&P 500′s total buybacks are from technology firms. And US$100-billion of that is Apple.

Apple has aggressively bought back its shares in the past few years, spending more than US$40-billion, but there’s a reason to believe it is stepping up that buying now that tax law changes mean it can bring cash it’s holding overseas home at a lower rate.

Buybacks are generally seen as favourable to shareholders, but there are critics who say they are a lazy way of spending money rather than investing it back into the business or buying another business. Buybacks take shares out of the market, so they reduce the share count and can inflate earnings per share.

Some analysts have said they are worried companies are going on these buying sprees at a time when their valuations are flying high and in an aging bull market, meaning their timing isn’t ideal. The S&P Buyback Index, which measures the performance of the 100 stocks with the highest buyback ratios in the S&P 500, is up 5.8 per cent this year, while the S&P 500 is up 6 per cent.

But sometimes companies have no choice. Even Berkshire Hathaway Inc. has relaxed its rules on the subject, suggesting it could buy back shares with some of the more than US$100-billion in cash it had put aside for investments. It would be an admission that Berkshire chief executive Warren Buffett hasn’t found anything he finds attractive to buy.

That is, unless you count Apple shares. Berkshire has loaded up on them over the past two years, becoming one of its biggest shareholders. Berkshire has ridden the stock price higher and, presumably, benefits from Apple’s share repurchases.

At one point during the spring, it didn’t seem like Apple was going to be the first to cross the US$1-trillion line. From March to April, it fell 11 per cent after touching a record high. People were worried about weak iPhone sales. But the stock turned around in late April after the company announced the record-setting buyback plan.

The shares are up 27 per cent since then.

It may seem too late now to jump into tech, but there are other areas of the market where buybacks are occurring that are showing strength as good U.S. employment trends and solid economic growth are boosting confidence.

Using the models I run, which are based on the fundamental strategies of great investors, I searched our database for stocks that get strong interest from multiple strategies that have also experienced declines in their share count over the past few years. The accompanying table contains eight stocks that stack up fundamentally by passing at least two of my guru models and have seen double-digit declines in shares outstanding since the end of 2015. 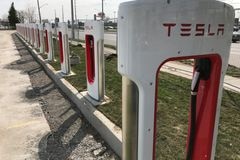 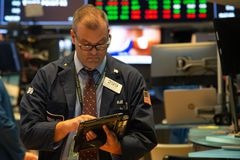 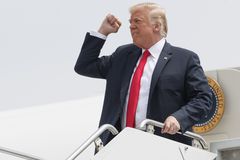