Earlier this month, Warren Buffett revealed to the world that Berkshire Hathaway Inc. had taken on its first stake in the e-commerce juggernaut Amazon.com Inc.

For years, the billionaire value investor famously avoided high-flying tech stocks such as Amazon, which have dominated index returns for the past year-and-a-half. But he seems to have come around to a new way of thinking about what it means to be a value investor.

Mr. Buffett learned value investing from Benjamin Graham, but he added his own twist. In addition to ferreting out inexpensive stocks and avoiding expensive ones, he built a strategy that filters for high-quality companies. Essentially, he waits until the price is right to invest in blue-chip stocks.

During a six-hour question and answer session at Berkshire Hathaway’s annual shareholder meeting this month, Mr. Buffett and business partner Charlie Munger talked about how a value-investing mindset has benefited them over the past few decades.

At first glance, Amazon certainly doesn’t seem like it would fit into Mr. Buffett’s patient investor model. Its price-to-book (P/B) ratio, a key measurement used by classic value investors, is more than 19. Its price-to-earnings (P/E) ratio of more than 82 is also in the stratosphere. Both measures would fail Mr. Graham’s value stock tests.

Yet, Mr. Buffett said the decision to buy Amazon stock was very much based on value-investing principles. That’s because, as he put it, all investing is about value. You put money to work now with the hope of getting more back later.

His investing lieutenants at Berkshire, Ted Weschler and Todd Combs, looked at other measures as they sifted through hundreds of possible stock purchases. They considered sales, profit margins, excess cash and excess debt.

Berkshire’s decision to buy Amazon wasn’t based on looking at the P/B or P/E ratio in a vacuum, rather it was based on an estimate of future cash flows. Obviously, Mr. Buffett’s investing team believes Amazon has a bright future – even at US$1,871.15, the closing share price on Wednesday.

Does this mean there is a fundamental shift in the approach to value investing, where investors are turning to high-quality and fast-growing companies? It’s no secret that value has lagged growth as a strategy for many years.

In recent years, Mr. Buffett has talked about intrinsic value as the ultimate measure of value. An investor should estimate the intrinsic value of a company based on its assets and cash flow. An attractive investment is one where a margin of safety builds off of that estimate. Along those lines, it does make sense to invest in a stock with a high multiple if you think its value is much higher.

There is a trap for investors on the other end, however. Especially years into a strong bull market, there are a lot of richly valued stocks and not a lot of obvious bargains as investing herds chase after hot stocks. That means investors are often buying stocks that are too richly valued. Berkshire has resisted the temptation to jump in, keeping more than US$100-billion in cash on the sidelines until the managers find a truly worthy investment. Since last summer, that has included buying back Berkshire’s own shares.

Mr. Munger told shareholders it’s difficult to find investments because other people are only too willing to pay more for what Berkshire might want to buy. “Maybe once every two years we had a major opportunity,” he said at the annual meeting.

Mr. Buffett has acknowledged being “a fan” of Amazon and its leader, Jeff Bezos, and “an idiot” for not buying Amazon sooner. And Berkshire also missed out on Google’s growth. Since 2016, it hasn’t missed out on Apple, becoming one of its biggest shareholders.

The investment in Amazon coincides with Berkshire’s employee health-care venture with Amazon and JPMorgan Chase & Co. Amazon shares are up more than 24 per cent this year, even with the recent market drop.

History would tell you investors’ appetite for certain types of stocks ebbs and flows over time, and I’m personally not ready to throw in the towel on value stocks or buying companies with sound fundamentals. To that end, here are three stocks that score highly based on Validea’s Buffett model, which looks for stocks with consistent earnings, high returns on equity and capital and other characteristics, such as low debt relative to earnings and stock buybacks.

Boeing Co. (BA-NYSE) – This beaten-down aircraft maker has a P/E ratio exceeding 20 and a P/B value that isn’t meaningful given the decline in its stock value since the problems with the MAX jet surfaced.

Mastercard Inc. (MA-NYSE) – This payments and processing company has a P/B value of nearly 50 as well as a high P/E of 42. But it checks off all of Mr. Buffett’s boxes in terms of earnings predictability and higher-than-average returns.

Ulta Beauty Inc. (ULTA-Nasdaq) – This cosmetics retailer has a high long-term growth in earnings per share of more than 28 per cent and a relative strength of 87, a price-momentum measure that indicates it may be one of the stocks on which investors are fearful of missing out. 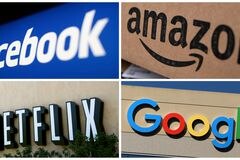 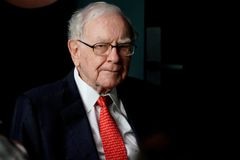 Heating up: Investors’ green targets go beyond oil patch
May 16, 2019 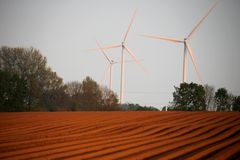