China’s loss of economic growth momentum, confirmed by soft results in August manufacturing surveys, presents a potential dilemma for commodity markets that take their cues from the world’s biggest buyer of resources.

On the face of it, prices, especially of metals and metal ores, will continue to soften after strong rallies as China buys less in coming months.

However, history has shown that if Beijing feels the economy is losing too much steam, the stimulus taps will be reopened thereby driving construction, infrastructure spending and manufacturing.

As yet there is no official signalling that China is unhappy about the slowing pace of growth.

In fact, it’s far more likely that the authorities in Beijing are satisfied that many commodity prices have retreated from recent highs amid China’s sale of some metals, such as copper and aluminum, from state reserves.

China’s two main Purchasing Managers’ Indexes (PMI) fell in August from July, with the Caixin/Markit PMI slipping to 49.2 last month, from 50.3 in July, breaching the 50 mark that separates growth from contraction for the first time in nearly 1½ years.

The official National Bureau of Statistics PMI declined to 50.1 in August from July’s 50.4, just staying in positive territory, but it was also the softest outcome since February last year.

The Caixin/Markit index focuses more on small- to medium-sized businesses, while the official measure is more angled toward large state-controlled enterprises.

The official PMI has now declined for five consecutive months, and the prices of metals have been tracking the retreat.

The retreat in the copper price comes amid lower imports of the industrial metal, with China bringing in 3.22 million tonnes of unwrought copper in the first seven months of the year, down 10.6 per cent from the same period in 2020.

Exact details on how the auctions proceeded weren’t available, but market participants said all the copper was sold off well before the end of the morning session, while industry data provider Shanghai Metal Exchange Market said the metal was sold at a discount of at least 1,300 to 1,500 yuan (US$201 to US$232) per tonne to market prices.

Further auctions are possible, with the government saying it will take into account market demand, supply and prices.

The sale of metals from reserves appears to have placed a cap on the rallies in those metals, limiting imports and sending a signal to the broader market that Chinese demand can no longer be taken as an ever-increasing given.

In some ways it’s similar to what has happened with China’s imports of crude oil, which have been soft in recent months as refiners chose to use inventories built up during the price crash last year, rather than pay the current higher prices.

There is always a question as to how sustainable such tactics are over a long period, and it does appear that Chinese refiners are returning to buying more crude for delivery from October onward.

China has repeatedly stated that it expects the steel industry, which produces about half of the global total, to limit output in 2021 to no more than 2020′s record 1.065 billion tonnes.

For the first half of the year it appears steel mills largely ignored this advice, but output fell in July to 86.79 million tonnes, the lowest since April, 2020, and a drop of 7.6 per cent from June.

The effect of lower steel output is showing up in higher prices, with Shanghai rebar contracts ending at 5,262 yuan a tonne on Wednesday, up from a recent low of 5,017 yuan on Aug. 19.

Still, steel remains 14.6 per cent below its 2021 closing high of 6,165 yuan a tonne on May 12, a far milder drop than the 35.4-per-cent slump in the price of iron ore contracts traded on the Dalian Commodity Exchange.

While the decline in iron ore is partly related to a recovery in supply from top exporters Australia and Brazil, lower steel output will also weigh on the price of the raw material.

The problem is what happens to steel if Beijing wants to keep the economy humming, but output has to continue to drop to meet the 2021 production target.

For now, the price of the metals China imports are likely to remain under pressure, but any change in policy toward more stimulus could result in a shift in momentum. 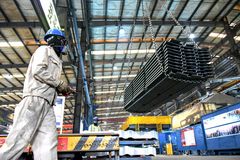 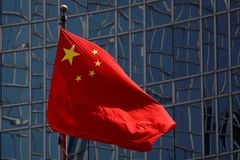 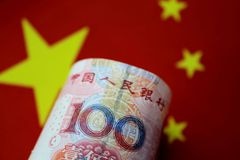