Quarterly reports next week from Walt Disney Co., CBS Corp. and Viacom Inc. will likely highlight increasing competition in video streaming and could spark volatility in the communication services sector, which has outperformed since it was overhauled last year.

The S&P 500 Communication Services Index has increased 20 per cent so far in 2019, beating the S&P 500’s 17-per-cent gain and all but two of 11 sectors – technology and real estate. That strong performance is in large part thanks to a recovery by Facebook Inc., as investors bet that the world’s largest social network will keep growing, even as it faces regulatory hurdles.

June-quarter results from Disney, CBS and Viacom will keep investors fixated on a rising wave of competition in video streaming against market leader Netflix Inc. All of those companies also fall within the communication services sector.

Netflix’s stock has sunk 14 per cent since it reported on July 17 that it unexpectedly lost U.S. subscribers, rattling investors already worried about the coming launch of Disney’s streaming service.

Disney’s family-friendly Disney+, set to launch on Nov. 12 with a slate of new and classic TV shows and movies, is viewed as the most dangerous threat to Netflix. Disney’s shares hit a record high on Monday and have surged 28 per cent this year.

“There is an analysis that has been going on among investors, looking at the number of subscribers Netflix has and the growth that Disney’s service could put up in the next three or four years, and the huge disparity in the two companies’ valuations,” said Chuck Carlson, chief executive officer at Horizon Investment Services in Hammond, Ind.

Smaller players CBS and sister company Viacom have also built advertising-supported and subscription video services to compete with Netflix, and they are providing original content to other distributors.

Beyond streaming, investors watching Disney’s report on Tuesday will focus on its recent run of box office hits, including The Lion King, which has increased Disney’s lead position at the U.S. box office. Disney owns the five-highest grossing movies of 2019, led by Avengers: Endgame and Captain Marvel.

“The Netflix disappointment and the big Disney box office numbers underscore the importance of intellectual property, of ownership of content,” said Jack Ablin, chief investment officer at Cresset Wealth Advisors in Chicago. Even though Netflix makes many of its own shows, it still relies on other producers, he said.

Netflix is losing its two most-watched shows in the United States – Friends and The Office – to forthcoming rival services from AT&T Inc. and NBC Universal in 2020 and 2021, respectively.

CBS and Viacom, both controlled by the Redstone family’s National Amusements Inc., are expected by many investors to merge in a wave of media consolidation aimed at competing better against Netflix. As well as looking for clues about that when CBS reports its results on Thursday, investors will focus on growth in its CBS All Access and Showtime streaming services.

Viacom, which also reports on Thursday, could give new details about its strategy to sell programming to video-streaming services, including its Paramount Television unit’s Jack Ryan TV series, based on the character created by author Tom Clancy, which premiered last year on Amazon Prime.

Long viewed as stodgy stocks for dividend-oriented investors, the telecom services sector was renamed communication services last September and supercharged with internet heavyweights Alphabet Inc., Facebook, Netflix and Twitter Inc., along with video-game makers. It was the biggest shakeup of the Global Industry Classification Standard, or GICS, since it was created in 1999, and it has gained 5 per cent since then, while the S&P 500 is unchanged over the same period.

Helped by its US$71-billion acquisition of 21st Century Fox’s assets, Disney is expected by analysts to report a 41-per-cent jump in fiscal third-quarter revenue to US$21.5-billion, according to Refinitiv data. Analysts on average expect earnings per share of US$1.75. Its EPS has met or exceeded consensus estimates in six of the past eight quarters.

“My guess is the company will want to focus on content and investors will want to hear more about the streaming strategy,” Mr. Ablin said.

Disney takes operational control of Hulu ahead of launch of its own streaming service
May 14, 2019 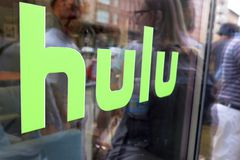 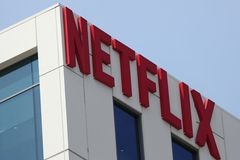