Just as one source of investor angst faded at the beginning of 2020, another intensified. After receding trade tensions fuelled a blockbuster start to the year, sentiment took a turn for the worse as the outbreak of the Wuhan coronavirus threatened to derail an already fragile global growth backdrop. The epidemic, and efforts to contain it, have forced investors to reassess the outlook for the world’s second-largest economy and by extension, global growth prospects.

The market response to the deadly virus has been mixed, with record-breaking equity gains at odds with a calamitous commodity backdrop and safe haven flows that have bolstered bonds and gold.

Encouragingly, equity markets (outside of China) were quick to shrug off the initial shock waves and have maintained their resilience amid speculation that the outbreak-related impacts will be fairly short-lived, while an abundant liquidity backdrop has also placed a floor under prices.

At the same time, government bonds and gold have thrived as nervous investors sought refuge in an otherwise uncertain environment and embraced the potential for increased central bank support. Unsurprisingly, industrial commodities have assumed the brunt of the weakness as fears about the economic fallout weighed on the demand outlook for oil and copper, where China accounts for a considerable amount of demand on the global scale.

Economic fallout will be transitory in nature

The novel coronavirus emerged at a time when the global economy was finally showing some renewed signs of life. Global factory surveys rebounded meaningfully heading into the new year and the U.S. economy continued to fire on all cylinders, while the beleaguered Chinese economy revealed clear signs of a cyclical upswing after a difficult 2019. In other words, the worst of the factory-driven slump was largely behind us.

Undoubtedly, the outbreak poses some serious downside risks amid China’s efforts to contain the virus. The economic revival in China has suffered a notable setback in response to factory closings, restricted mobility, and the blow to the consumer demand. And the damage won’t be limited to China, with global firms bracing for supply-chain disruptions and a shock to demand from the world’s second-largest consumer. As such, the recent rebound in global economic activity could be due for a near-term pause.

The good news, however, is that policy-makers have stepped up and pledged their unrelenting support. Chinese authorities remain firmly committed to meeting their stated growth targets and have responded swiftly and forcefully by cutting interest rates and injecting liquidity into an already-abundant financial market system, while increased government spending should help to cushion the blow from any virus-related slump. Similarly, central banks in the developed world have singled out the virus as a significant downside risk and would not hesitate to act in the event of a major flare-up.

Uncertainty prevails as investors attempt to gauge the duration and magnitude of the coronavirus epidemic. However, our view is that the reflationary environment that benefits stocks versus bonds has been delayed, not derailed. Similar to previous viral outbreaks, economic weakness should prove short-lived and result in a sharp recovery once the virus has been contained, with the plethora of monetary and fiscal stimulus accentuating the economic revival later this year.

As such, we would resist the temptation to turn bearish and maintain our preference for stocks versus bonds at this time, while recommending that investors stay the course and refrain from letting fear trump what are some healthy fundamentals at hand.

Bond investors are particularly vulnerable given the profound decline in government bond yields this year. Nervous investors have largely exaggerated economic softness and bid up government bonds, which sent yields tumbling back to levels seen at the height of the U.S.-China trade war. As a result, bond bulls could find themselves in a difficult position, with increased clarity on the global backdrop sparking an exodus out of bonds that are overvalued, overbought, and overcrowded. Meanwhile, equity markets should remain well-supported as the ample liquidity backdrop helps to counter virus-related fears.

However, there are still some reasons for caution. Investor sentiment has improved progressively as equity markets breach new highs. Complacency is beginning to set in and investors will be increasingly susceptible to disappointment given the latest equity market resilience, which could set the stage for a short-term pullback from these lofty valuation levels. That being said, we’re not there yet. While sentiment is indeed approaching bullish extremes that would warrant some profit-taking, there’s still some room to run given the positive momentum in the equity space. 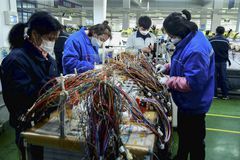 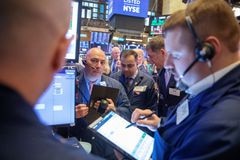 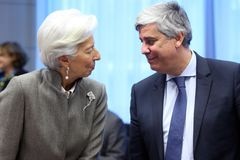