Could it be emerging markets’ day? It may well prove to be an inflection point – the moment in time when the perfect alchemy of underlying forces propels an EM rebound in 2019.

There’s little question, 2018 was ugly. Tightening U.S. monetary conditions, a strengthening U.S. dollar and escalating global trade tensions made for a turbulent year. By the final tally, the MSCI Emerging Markets Index – representing 24 countries – was off 6.5 per cent, a disappointing performance to be sure, yet less than losses on both European and Canadian indexes, which fell 6.6 per cent and 9 per cent, respectively. By the fourth quarter, EM’s rout gave way to a turnaround of sorts, at least relative to other indexes, which got hammered as anxieties peaked late last year.

Here are the key tailwinds that are poised to fill the sails of emerging markets in 2019.

Higher U.S. bond yields drove the dollar up in 2018, creating a difficult backdrop for EM countries that also saw a broad weakening in their own currencies. Because many EM countries borrow in U.S. dollars, their debt became more expensive, and those countries with higher current account deficits fared even worse. Meanwhile, oil prices spiked 27 per cent in the first nine months before falling dramatically, hitting net importers of oil such as India, Indonesia and the Philippines hard – a double-whammy when combined with the stronger greenback.

As we look to 2019, a markedly different picture is developing. First, as U.S. economic growth slows, combined with a U.S. Federal Reserve that is tempering its rate-hiking cycle, the U.S. currency is poised to weaken, providing the much-needed firepower for EM economies. In fact, history shows there is an inverse relationship between the U.S. dollar and EM equity performance. In periods of U.S. currency weakness, the average return on the MSCI Emerging Market Index has been 22 per cent over the past 20 years.

While EM markets are characterized by rapid growth and development, gauging how asset classes will perform is tied to whether growth is improving relative to developed markets. In other words, the growth differential is the difference in growth rates between emerging markets and developed markets. In 2018, U.S. GDP peaked in the second quarter at 4.2 per cent, and JPM Research estimates it will fall to 1.5 per cent by the fourth quarter of this year – a significant deceleration. Looking ahead, the growth differential is also likely to gain momentum in favour of EM by as much as 3.4 per cent, setting the stage for a strong EM market performance.

Trade frictions between the United States and China created significant uncertainty and volatility in global markets in 2018, and EM weren’t immune since China accounts for a whopping one-third of EM’s index.

However, news that officials have returned to the bargaining table has boosted market sentiment, raising hopes that a deal will be brokered this year. Reaching an agreement will ultimately come down to how amenable China will be to U.S. demands on sticking points such as technology transfer, intellectual property issues, as well as compliance and verification. Meanwhile, while there have been concerns about slowing growth rates in China, stimulative measures such as significant tax cuts introduced in the fourth quarter of 2018 will begin to show up in the second quarter of this year.

Longer term, there are reasons for optimism, too. Many EM countries have vibrant domestic economies driven by a growing middle class, especially in Asia Pacific countries. EM economies are also leading developed market economies in terms of productivity rates. In fact, productivity in EM is improving at double the rate of DM.

In other words, while many of the macroeconomic influences that sideswiped emerging markets in 2018 are lifting and shifting course as we head into 2019, there are reasons to be bullish over the longer term. Canadian investors, who are underexposed to EM, would be wise to look at the sector as a long-term play.

The views expressed in this article are those of the author and do not necessarily represent the opinions of AGF, its subsidiaries or any of its affiliated companies, funds or investment strategies. 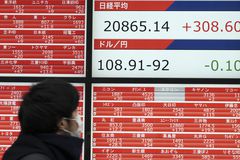 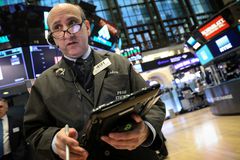