But with interest rates tumbling recently, some REITs have delivered growth-stock-like gains.

Through April 29, Choice posted a year-to-date total return – including distributions – of 21.2 per cent, easily topping the 17-per-cent total return of the S&P/TSX Composite Index.

Will such scorching gains continue? Not likely. Is Choice still an attractive pick for investors with a long-term horizon? Absolutely. That’s why, today, I’m spending some of the cash in my model Yield Hog Dividend Growth Portfolio (tgam.ca/dividendportfolio) to acquire an additional 32 units, bringing my total to 460. Here are five reasons I intend to hold Choice for the long run.

Created by Loblaw Cos. Ltd. in 2013, Choice was a pure-play retail REIT until its transformative acquisition last year of Canadian REIT. The $3.9-billion deal created Canada’s largest REIT, with more than 700 properties spanning retail, office, industrial and residential assets. To use a sports analogy, the combined company offers a nice combination of defence from its grocery- and pharmacy-anchored retail centres, which cater to consumers’ everyday needs, and offence in the form of vast long-term development and intensification opportunities, many of which include a significant residential component. “Choice has one of the largest, most exciting development pipelines in Canadian real estate, which could make it a compelling long-term play,” Raymond James analyst Johann Rodrigues said in a note.

After Tuesday’s close, Choice announced it is raising up to $345-million in a bought deal priced at $13.15 a unit, with proceeds used to repay debt and create “additional capacity to fund its previously announced residential development program.” Given that the shares are being sold at a discount to Choice’s closing price of $13.64 on Tuesday – which is typical for a bought deal – Choice’s units dropped in price Wednesday.

An attractive – and well-protected – distribution

Many of Choice’s most ambitious projects – such as a proposed mixed-use development near the intersection of Bloor and Dundas streets in west-end Toronto where a Loblaws-anchored retail centre now operates – will take years to come to fruition. In the meantime, investors get paid to wait. Choice distributes about 6.17 cents a month, or 74 cents annually, for a yield of 5.4 per cent. Granted, there is capital risk with Choice (or any equity investment), especially if interest rates were to rise again, but the distribution is well-covered by Choice’s cash flow. Analysts estimate Choice’s payout ratio at about 87 per cent of adjusted funds from operations (AFFO) for 2019, falling to about 84 per cent in 2020 as Choice’s cash flow is poised to grow.

Before its merger with Choice, Canadian REIT – or CREIT for short – was widely regarded as one of Canada’s most prudently managed REITs. With CREIT’s former chief executive Stephen Johnson running the merged company in its first year and, as of May 1, retiring and handing the reins to CREIT’s former president and chief operating officer, Rael Diamond, the CREIT culture is still very much alive at Choice. “Over the long-term, we expect the business will continue to become more CREIT-like as management works to lower leverage … and reduce the AFFO payout ratio (that is, below 70 per cent) while simultaneously ramping up the value-add/development program,” analyst Neil Downey of RBC Dominion Securities said in a note.

Strong (for the most part) occupancy

At the end of the first quarter, Choice’s overall occupancy was 97.4 per cent, with retail (which accounts for a majority of the portfolio) at 97.8 per cent and industrial at 97.2 per cent. The main weak spot is the office portfolio, where occupancy was 92.2 per cent, reflecting continuing softness in Calgary and Halifax. But office fundamentals remain strong in Toronto, Vancouver and Montreal thanks to solid employment growth.

A reasonable (but not cheap) valuation

After Choice’s recent run-up, the units are trading at about 13 times estimated 2019 funds from operations (FFO) – higher than the long-term average of 12 to 12.5 times, CIBC World Markets analyst Sumayya Hussain said in a note. Nine analysts including Ms. Hussain have a hold rating on the units, with one buy and no sells. The average 12-month price target is $13.91, indicating that analysts see only modest potential for capital growth in the near term. For investors who can be patient, however, Choice will almost certainly generate significant growth over the long run, while paying an attractive distribution to unit holders as they wait for Choice’s untapped value to surface.

How Canadians may get a better mortgage rate thanks to the Japanese. Plus, a small bank stock with big returns
Subscriber content
April 30, 2019 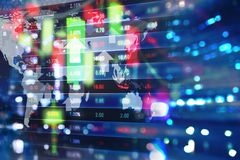 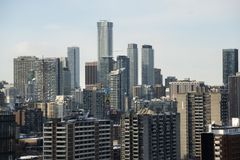 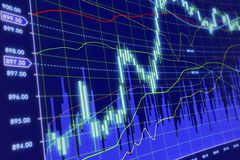