The days of unbridled investor optimism look to be over.

An earnings season billed to be the best since 2011 has exceeded lofty expectations, and yet the stock market’s agitated. Time and again -- starting almost two weeks ago with JPMorgan right up through Wednesday with Twitter -- solid results have been met with a subsequent beat-down in the shares.

It’s not supposed to work that way. And that’s left equity bulls searching for answers. Here’s a rundown of the main reasons being proffered:

For years, stocks have powered higher in the face of bad news, from an outright earnings recession to geopolitical angst. With interest rates at or near zero and returns in other assets anemic, no reason seemed compelling enough to give up on stocks. That’s changed, one argument goes.

“Investors have shifted from looking for the Silver Lining in earnings to looking for the ‘fly in the ointment’ in solid numbers,” said Yousef Abbasi, global market strategist at Jonestrading Institutional Services.

From Google parent Alphabet’s strong sales growth getting overshadowed by hefty spending concerns to Twitter’s advertising headwinds outweighing the company’s strong first-quarter results, it seems any hint of trouble is causing past equity bulls to sell.

Another holds that all the good earnings were baked into the market, even after stocks suffered the first correction in over two years. From December’s tax cuts to a take-it-slow approach to the removal of monetary stimulus, market expectations might’ve gotten frothy, even as geopolitics and trade spats turned into headwinds.

“Everyone knew we would see good earnings, and that kept them from selling despite high pessimism,” Jason Browne, chief investment strategist at FundX Investment Group, wrote in an email. “Once the good earnings news is released, that catalyst is gone and so they sell the news.”

Exacerbating share swings may be a battle between computer-driven traders and stock pickers. While the former immediately jumped at the prevailing “beat” headlines and bid up stocks, it’s the latter who take over by selling after parsing numbers and company commentary. And that selling may have fed into a downward spiral once those quant-driven programs were forced to reverse positions.

The current bull market is months away from becoming the longest on record, with the S&P 500 up almost 300 percent since March 9, 2009. Research shows how difficult it can be to time a market top. In particular, the risk is that investors will bail too early, with one-fifth of a bull market’s gains coming in the final year.

Still, any investor who’s watched her portfolio surge 20 percent in the past 12 months could be forgiven for looking for any reason to cash out. Rising rates might only heighten that inclination.

The frustration can be viewed through the trading pattern since January, when the S&P 500 fell into a 10 percent correction and has since seen its range compressed.

“Until we get a breakout above the January high or a breakdown below the February low in the S&P 500, the back and forth is really just noise, even if that noise is extremely loud and painful,” Andrew Adams, a strategist at Raymond James & Associates Inc., said in a note. “We still believe it’s going to be very difficult for the bears to force the market down too much while earnings are stronger than they’ve been in years.”

Smack in middle of earnings, the 10-year Treasury note yield pushed above the psychologically sensitive 3 percent mark for the first time in four years. The implications for stocks aren’t exactly great.

Defense giants Boeing, United Technologies and Lockheed Martin have reported strong results, but you wouldn’t know it by looking at share performance. Instead, the S&P 500 Aerospace & Defense Industry Index has dropped more than 3 percent this week.

The weakness is down to rising yields, Buckingham analyst Richard Safran wrote in a note to clients, citing “the market perception of an inverse relationship between defense and the 10-year, plus the general view of what higher interest rates could do to the economy.”

While investors had been pining for earnings to send equities back to January highs, it’s possible that technical factors are still overshadowing fundamentals.

“Lower highs have been the norm since the market peaked,” writes Bespoke Investment Group, noting that the symmetrical triangle pattern formed by the S&P 500 Index is usually a continuation, rather than a topping, pattern. “That said, until (or if) a breakout is achieved, the bias is towards consolidation and risk to a downside slide is very much still in place.”

Meanwhile, the tech-heavy Nasdaq 100 Index has carved out a “very loose but visible head and shoulders top,” the analysts write.

Since this is a “classic topping pattern” -- and because technology shares account for a substantial portion of the S&P 500’s market cap -- a break though the neckline would be a much more ominous sign for the broad U.S. equity market, Bespoke concludes.

“The Nasdaq 100’s inability to break back above 6,720, which was the level that initially sparked its breakout to recent highs last week, as well as the range highs since Friday’s selloff, signaled downside risk given its three failed attempts,” said Naufal Sanaullah, chief macro strategist at EIA All Weather Alpha Partners. “Because of the very large size of large-cap tech names compared to the rest of the market, this was sufficient for the selling to spread cross-sector.”

Why this week’s bump in interest rates has me so very concerned
Subscriber content
April 25, 2018 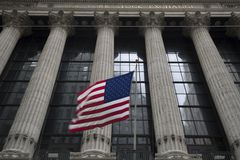 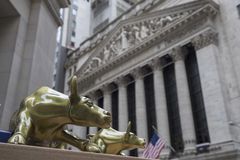 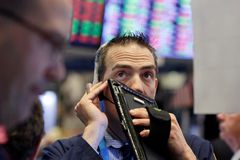