In response to the COVID-19 pandemic and its economic impact, central banks around the world have slashed rates, initiated or expanded quantitative easing and adopted other unconventional policies to prop up locked-down economies. Perhaps such extraordinary measures are necessary; one hopes they will be enough. Yet from a fixed income investor’s perspective, the salient impact is this: Yields on traditional government bonds are plumbing depths never seen before. And that’s true not only in developed countries, but also among emerging markets (EM), where local-currency bond yields recently declined to new lows, based on the J.P. Morgan Emerging Market Bond Index.

This latter aspect of the crisis may be troubling for fixed income investors who have come to rely on EM debt to find attractive yields. However, there are still outposts of potentially higher fixed income returns in the developing world, though an investor might have to go further afield to find them. In fact, in many so-called frontier markets that are less advanced than emerging markets, government bonds have rebounded off recent lows but are still more attractively priced than they were before the crisis, and a case can be made that it’s high time Western investors considered exploring these previously unfamiliar territories.

To be sure, fixed income opportunities in frontier markets come with higher risk, and places such as Kenya, Mongolia, El Salvador and Jamaica might not exactly be top-of-mind for Canadian investors. Frontier markets typically have lower liquidity and less sophisticated financial markets than developed or emerging economies do. Often, their regulatory systems and institutions are weaker than those of their more developed counterparts. Moreover, it can be difficult, if not impossible, for most retail investors to directly access frontier market debt, and the disparities between economies within the group are probably wider than in any other asset class. That makes sound information and analysis critical for investors looking to realize their potential.

Yet the potential is there. For one thing, some frontier markets are among the world’s fastest-growing economies. For another, they tend to be somewhat more isolated from the global economy than more developed markets and have more idiosyncratic factors, suggesting they could provide a partial hedge against more traditional asset classes. Given their early-stage development, fixed income investing in frontier markets requires a long-term view; the goal is to pick the highest-potential ones, invest early on in their life cycle, and then ride them as they become bigger economies and move up the debt-rating scale.

The COVID-19 environment might now be presenting some short-term opportunities to make such long-term plays, if only because it has made frontier-market debt prices more attractive. Monetary policy has helped to prop up bond prices, lowering yields across the spectrum, but the impact has not been evenly distributed. While U.S. high-yield corporate bond prices have rebounded from their mid-March lows by about 70 per cent, emerging market bonds, including many frontier issues, have retraced just a little over 50 per cent, according to Barclays and J.P. Morgan indexes. That means frontier-market yields remain high – and prices look attractive – on a relative basis.

There are reasons for their underperformance, of course. The flight to safety during the worst of the pandemic meant an exodus from riskier markets. Frontier markets, in particular, tend to have mostly U.S.-dollar debt, and the soaring greenback has hurt their creditworthiness. As a group, they tend to be more exposed to the commodity cycle and have lower levels of domestic consumption, reducing their ability to withstand global shocks. Several rely on the hard-hit energy sector. Tourism, meanwhile, is a significant revenue source of foreign exchange for some (including Jamaica and the Dominican Republic); when or if that sector will recover is anyone’s guess. And as for other countries, COVID-19 will lead to a surge in government spending, which will translate into higher debt levels for many.

Against these headwinds, however, is a potential tailwind – in the form of multilateral debt assistance. More than 90 countries have applied to the International Monetary Fund for emergency financing, and the IMF has approved an expansion of its emergency fund to meet an expected US$100-billion in demand. The IMF also noted recently that a handful of countries, including frontier markets Madagascar and Kyrgyzstan, have been approved and more are likely to follow. China, meanwhile, may well broaden its already significant lending to the world’s poorer countries and there are increasing calls for an even wider, more co-ordinated international debt-relief program. If it materializes, multilateral assistance should lead to an improvement in the solvency outlook for many frontier markets.

That said, investing in frontier market bonds will remain an intimidating and too-risky prospect for many investors. Yet the rewards might be significant, especially in a COVID-19 environment whose low yields are somewhat comparable with the “low-yield world” of the 2010s. In our view, that – along with the prospect of international debt assistance – is reason to be cautiously and selectively constructive on frontier market bonds issued by countries such as Kenya, Mongolia, El Salvador and Jamaica as long-term investments. They might not be for the faint-of-heart and allocations to them should be kept small, but given the increasingly attractive entry points, neither are they the exclusive domain of the foolhardy.

AGF owns bonds issued by governments in Kenya, Mongolia, El Salvador and Jamaica. The views expressed are those of the author and do not necessarily represent the opinions of AGF, its subsidiaries or any of its affiliated companies, funds or investment strategies. 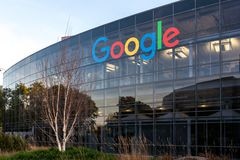 Will paying off a loan hurt my credit score?
Subscriber content
June 23, 2020 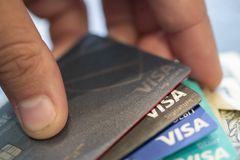 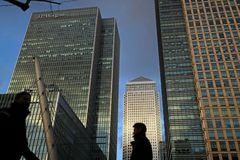