Global funds in August recommended an increase to bonds and cash holdings to the highest since early 2013 at least and cut equities to the lowest since late 2016, pencilling in a more than 45-per-cent chance of a significant correction in stock markets this year.

The Reuters Aug 9-29 asset allocation poll of nearly 40 wealth managers and chief investment officers in Europe, the United States, Britain and Japan was taken as concerns increased about the U.S.-China trade war, which has stoked unrelenting demand for low-risk government debt.

The drag on global growth from the tariff conflict has pushed the U.S. yield curve to invert further this month, with 30-year Treasury yields setting all-time lows and stocks that benefit during economic expansions falling the most on Wall Street this week, underscoring recession concerns.

“In the past few months, the narrative has been: bad news for the economy is good news for risk assets, supported by ultra-dovish central banks. Now, we are at a point in which bad news is starting to become bad news, with markets pricing increased recession risks.”

Overall equity exposure this month fell almost 1 percentage point to average 44.6 per cent in the global balanced model portfolio from July’s 45.7 per cent, the lowest since November, 2016.

At the same time, the poll not only suggested a cut to equities for the fifth month in a row, but an increase to key gauges of caution. Cash and bond holdings rose over 1 percentage point to the highest since early 2013 at least.

That cautious mood among international long-term investors does not line up with equity market strategists and brokers, who in a separate Reuters poll this week forecast world stocks to continue their rise over the coming year.

But both sets of respondents agreed the push and pull from expected policy easing and the U.S.-China trade war will whipsaw financial markets in coming months.

Still, a slim majority – 14 of 25 funds in the latest poll said the prospect of global monetary easing would still be a net positive for equities.

“Whilst this has been a difficult month for risk assets it still remains to be said that buying great businesses for the longer term still has its attractions,” said Peter Lowman, chief investment officer at London-based Investment Quorum.

“This is an extraordinary time for both the equity and bond markets. For those global investors that are seeking income there are very little options left without increasing your appetite for risk.”

But the other 11 respondents said the effectiveness of central bank action was fading and political developments on the trade war will likely outweigh the benefits of monetary easing with sovereign yields already very low.

“Equities traditionally can rally for a period of time after the [yield] curve inverts. Geopolitical risk can cause markets to turn sharply, with a significant correction potentially a tweet away,” said Craig Hoyda, senior quantitative analyst at Aberdeen Standard Investments in Edinburgh.

When asked on the probability of a significant correction in equity markets this year, the median response was 46 per cent and the most pessimistic view came in at 90 per cent.

What has not helped is the lack of clarity on what the U.S. or China want from trade negotiations, which have see-sawed almost each month.

But fund managers warned bets against central banks has been a losing strategy and will continue to be so for now.

“There is no doubt that the global economy remains in the balance whilst a resolution between the U.S. and China is not forthcoming. But the old adage ‘don’t fight the Fed’ still holds up for many investors,” said John Husselbee, head of multiasset fund at Liontrust in London.

Some fund managers remained bullish on their outlook for equities.

“We continue to believe that international and emerging market stocks offer attractive valuations if economic and political conditions stabilize,” said Alan Gayle, president at Via Nova Investment Management in Washington.

“We will gradually deploy some of the cash we built earlier in the year into stocks in industries that are less vulnerable to tit-for-tat trade actions and increasing political headwinds related to the 2020 presidential election.” 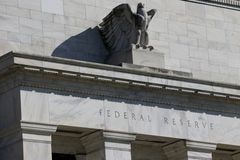 Be aware of the costs that come with segregated funds’ guarantees Subscriber content
August 29, 2019 Bond performance amid uncertain markets shows it pays to be boring
August 29, 2019 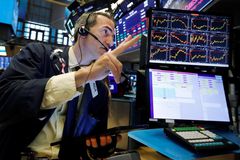