The past few weeks have been a brutal time for hedge fund managers – whom many regard as some of the savviest investors, and certainly the best paid, in the markets.

For the most part, they’ve done their job by protecting wealthy investors and pension funds from the worst of the stock market sell-off.

Now they’re trying to figure out how to make money again.

The sophisticated trading strategies that hedge funds use to pare their losses in times of wild market swings were successful: As of March 18, the average hedge fund is down about 9 per cent this year, according to Hedge Fund Research, a data firm. That’s far better than the S&P 500, which has lost about one-quarter of its value as the coronavirus has ground large parts of the global economy to a halt.

And with investors large and small grappling with an uncertain future, hedge funds are quickly building up cash that they can redeploy to buy stocks, bonds, commodities and currencies.

The funds have raced to sell off positions in securities bought with borrowed money, a process called “de-grossing’’ on Wall Street. Wednesday was the biggest one-day run of such unwinding since 2010, according to a report by Morgan Stanley on Thursday.

Some hedge funds are looking to invest in beaten-down companies poised for a rebound. King Street Capital Management, a $20 billion firm, told investors in a note reviewed by The New York Times that it had begun looking to invest in “high quality companies that have seen their bonds or loans caught up in the sell-off.”

With the bond market roiling, hedge fund billionaire Kenneth Griffin is starting up a new fund at Citadel – Citadel Relative Value Fixed Income Fund – to take advantage of the volatility and price discrepancies caused by the selling pressure.

Another area of opportunity could be to steer into the current health scare with a strategy some call the “stay at home trade”: investing in companies that may benefit from Americans’ limited mobility, whether that’s by choice or government recommendation. Examples could include online retailers, delivery companies and fast-food restaurants.

But there are no easy answers.

“The problem is that I don’t think any hedged strategy can be relied on right now because even the most basic relationships are unstable,” said Simon Lack, an energy investor who wrote the book “The Hedge Fund Mirage.” The usual relationships between stocks, bonds and other securities, he said, appeared to have broken down lately, making few bets safe.

Already, though, there have been winners and losers in the $3 trillion hedge fund industry.

Hedge fund manager Boaz Weinstein, in a note to investors in his $2.7 billion firm Saba Capital Management, said he has positioned his portfolios to profit from bets on defaults and bankruptcy filings by companies with lots of high-yield, or junk, bonds. According to the note, which was reviewed by the Times, his main fund was up 33 per cent this month.

Others paid the price for misjudging the markets.

One of the hardest-hit is Bridgewater Associates, the $160 billion colossus led by Ray Dalio, which manages money for dozens of pensions and sovereign wealth funds. The firm’s eight main portfolios reported losses for the year ranging from 9 per cent to 21 per cent.

Dalio has issued several apologies to investors for his firm’s poor performance.

“We are questioning if we should have done some things differently,” he wrote in a LinkedIn post Wednesday. “We are exploring this and will systemize whatever we come up with into our decision-making systems.”

Other well-known hedge fund companies, including Daniel Loeb’s Third Point and Ricky Sandler’s Eminence Capital, have taken steep losses for the year, according to several people briefed on the numbers who were not authorized to discuss them publicly. The blindside nature of the market’s fall is clear from notes released this week from a Feb. 13 meeting that big investors had with the New York Federal Reserve.

Members of the Investor Advisory Committee on Financial Markets “noted that the virus posed downside risks to growth and that China would likely be particularly impacted,” according to the meeting’s minutes, which were released this week.

The committee’s members include Dalio, who wrote in his posting that the systems Bridgewater uses to make its investment decisions were processing the losses and making adjustments that he believed would benefit investors in the future.

“That is how we learn and embed our learning into our system, which never forgets and processes information much more quickly, accurately, and unemotionally than we can,” he wrote.

Overall, the ability of the hedge fund industry to manage its losses has been a comparative bright spot and a far cry from the financial crisis of 2008, when dozens of hedge funds blew up or imposed restrictions that limited the ability of investors to redeem their money.

But the coronavirus pandemic is uncharted waters. Daniel Ades, managing director of Kawa Capital, a fund with $1 billion under management, said he worried about social disorder – even revolutions – sparked by an outbreak at a time of high wealth inequality.

“How we raise our kids, the values we give them, and the tools for success will make a difference the day the upheaval is upon us,” he wrote in a letter to investors Friday. “But I digress, as this letter is about what to do now and about investing capital, so how do we invest today?”

Swap lines to the rescue: World market themes for the week ahead
March 20, 2020 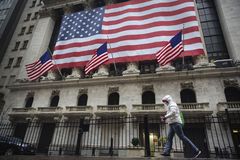 Can I sell my stocks, buy them back right away, and claim a loss? (and will companies cut their dividends?) Subscriber content
March 20, 2020 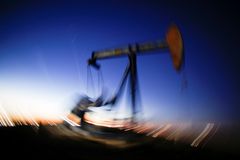