If the dizzying swings in the stock market over the past few days offer any lesson at all, it’s that sticking to your investing process isn’t always as easy as it sounds during calmer times.

The tiniest shift in sentiment – in this week’s case the worsening outlook for U.S.-China trade progress – sent the Dow Jones Industrial Average tumbling more than 700 points on Monday, only to regain nearly half of that on Tuesday. On Wednesday, the Dow clawed back early losses in a volatile session to close down 22 points. The S&P 500 is about where it was this time last summer, and the past 12-month period includes December’s sickening fall and the recovery earlier this year.

As experienced investor Joel Greenblatt would say, the market will eventually agree with you, it's just not always possible to pinpoint when.

That is why investors need a strong process for evaluating stocks, one that will keep them from overthinking, panicking and abandoning their strategies when markets take a turn for the worse.

Mr. Greenblatt, a long-time value investor and managing director of Gotham Asset Management LLC, describes his investing process in The Little Book that Beats the Market. Impatience, he says, is a big risk for investors.

Rather than following tried-and-tested approaches, investors tend to focus on the most recent market moves, often to their own detriment. They find it difficult to stick to a strategy when it falters, even though it has proven successful in the past, time and again.

Mr. Greenblatt, who also teaches at Columbia University’s business school, likes to show his students the progress of the S&P 500 over decades to illustrate his point that people easily forget how the market goes through cycles.

Though roughly flat with where it traded at this time last year, the S&P is still up nearly 30 per cent since the beginning of 2017. Yet, investors who panicked and sold during a few notable downturns since then missed out on at least some of the gains when the market rebounded each time.

That’s why Mr. Greenblatt says a process should be put together in a way that makes sense and makes it easy to abide by it. In what he calls his Magic Formula, Mr. Greenblatt looks for stocks of companies with high earnings yields (the inverse of price-to-earnings) and high returns on capital, and ranks them. Then he picks 20 to 30 of the highest-ranked stocks (excluding financials and utilities) and rebalances the portfolio only once a year.

They’re not all going to be home runs, but on average the portfolio will work out if investors stick with it.

And it works precisely because the formula isn’t perfect. Over time, the strategy has beaten the market during some periods and fallen short in others. But human behaviour tends to chase good performance, so investors pile into strategies and then quit them when they stop working.

Value investors can’t do that. Their best opportunity to reap returns over the long term is to buy cheap stocks of good companies with the knowledge that some of those stocks will do very well over time. Patience is a virtue, even in investing.

At Validea, we have developed model portfolios that track the styles of many well-known investors, including Mr. Greenblatt. The accompanying table shows stocks – five large caps from Validea.com and five from Validea.ca – that score highly on our interpretation of his model right now.

A five-pack of dividend growth stars, the best GIC deals, and why Canadian interest rates could go to zero
August 7, 2019 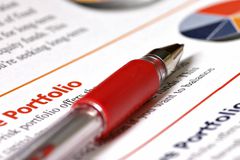 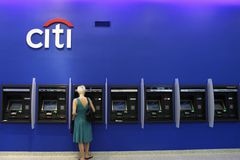 What’s at risk if the U.S. stumbles into a currency war
Subscriber content
August 7, 2019 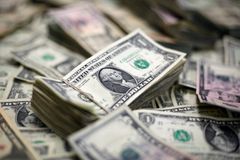