All that drama for nothing.

After almost three weeks of fever-pitched excitement around Elon Musk’s plan to take Tesla Inc. private, the spectacle came to an abrupt halt late Friday as the CEO and founder said the electric vehicle maker had decided to remain public after all. Shares of the company fell as much as 4.3 per cent in New York, but may extend declines as investors try to sort out the confusion.

With the “distraction” out of the way, analysts expect the focus to return to the fundamentals - Tesla’s ability to churn out its Model 3 sedans at a steady, sustainable rate, as well as turn a profit on the car. While the regulatory probe is expected to remain as a dark cloud hanging over the company’s valuation, any potential fine is not expected to be material for Tesla, and a possible reining-in of Musk’s freewheeling ways will be seen as a positive by both bulls and bears of the stock.

Here’s a round up of the analyst comments after the latest “U-turn” from Musk.

“The key question is whether investors will continue to support a CEO who may potentially be involved in market manipulation and/or securities fraud as well as a company under SEC investigation.”

“While investors in the past may have been willing to invest in the compelling story of saving the world provided by a visionary CEO, the recent episodes and his new focus on profitably lead us to believe that the stock is likely to begin to reflect the financial realities that the price has long been divorced from should it be unable to reach profitability in 2H18 as we are currently modeling.”

“Tesla’s ability to multiply production of Model 3 into third quarter and fourth quarter profitably and with positive free cash flow will, in our view, be the number one factor in determining the direction of the share price by year end.”

“While we completely understand the reasons behind halting plans to remove Tesla from the public market, we believe the events may have elevated the market’s awareness of the value of the company to potential strategic partners and believe this theme will remain a factor for the investment narrative for the foreseeable future.”

“The only tangible results so far from that episode seem to be an SEC investigation, lawsuits and more damage to the standing of management and board.”

“Shares may be hit today as a result of more erratic corporate behavior at Tesla, However, we wonder if the ‘going private’ tweet has effectively put Tesla in play and may lead to additional discussions with other investors, mainly corporates, that value Tesla’s vision and can help bridge gaps in growth and execution skills.”

“Tesla needs new capital to fund midterm growth or risk a de-rating of its valuation multiples.”

“With a potential bid of $420/share out of the way, we’d like to say the stock will return to trading on fundamentals, but the truth is the stock trades on sentiment.”

“Bulls will likely be happy because they can participate in potential value creation. However, to us the bears have more ammo on the near-term sentiment move.”

“It has become clear to us that funding was not secured or there was not sufficient interest to take the company private at $420/share. And we think credibility has taken a hit.”

“While the stock may be volatile over the coming weeks, ultimately we think the story will come back to the Model 3 ramp - not just the units but the profitability.”

“We expect shares to appreciate over the intermediate term as the focus shifts back to fundamentals, which we believe may be underappreciated. We are buyers on weakness as we expect shares to move higher ahead of third-quarter deliveries and results.”

“A potential SEC penalty will remain an overhang; while it is extremely difficult to predict the outcome of an investigation, historical settlements may demonstrate perceived risks could be overblown.... Additionally, we think any penalties will likely be borne by Musk.”

“Concerns about potential funding needs will return to the forefront, despite management’s confidence the company will not issue equity in 2018.”

“This removes a large distraction that had significant chance of failure and the potential to severely limit Tesla’s access to capital while attempting to execute on its ambitious product strategy.”

“It is premature to speculate on specifics, but do expect this situation will help set SEC precedent on public communication of corporate strategy.”

“We would not be surprised to see an incremental hire of a senior operationally focused executive.”

“The SEC will leverage the threat of barring Elon Musk from being an officer of a listed company in the negotiations and will be in a good position to get Elon Musk to accept a settlement including some forms of controls. We would view positively some controls imposed on Elon Musk’s communication.”

“We are confident Tesla will suffer very limited competitive pressure in the next 2-3 years, but we will have to convince investors and wait for news flow to prove us right.”

“We expect class-action lawsuits against Musk around ‘funding secured’ could linger for a year.”

“We believe Tesla will be insulated from any claims given the company has made it clear that ‘go private’ is an Elon Musk initiative.” 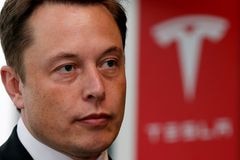