Howard Lindzon is the co-founder and chairman of StockTwits.com, a social platform for traders and investors. He also is a general partner in venture-capital firm Social Leverage, a long-time investment blogger and author of two investment books.

How do you invest?

In public markets, I pay attention to stocks making new 52-week highs. There is empirical research that shows about 25 per cent of stocks outperform the market over the long run, and what they have in common is that they spend most of their time near 52-week highs.

Mathematically, it makes sense. Stocks generating thousands of per cent gains, like Cisco or Amazon, hit new highs hundreds of times over the course of many years. They defy valuation metrics most of the time. Many investors are not comfortable with this approach but that’s OK – it means less competition for me.

There should also be a catalyst or trend behind the stock. For example, enterprise-software companies now have a tailwind thanks to an upswing in global corporate spending. But not all stocks at 52-week highs will be winners: to screen out the duds, you still have to read the reports and talk to people.

What are some of your current holdings?

My long-term holdings include Amazon, Apple, Google, Nike and Tencent Holdings. They own brands everyone recognizes, and are likely to grow much faster than the world economy. They are also hard to disrupt, and are run by smart people – most times the original founder.

In the tactical portion of my portfolio, I am currently long several enterprise-software stocks. They are: Zendesk, Okta and MuleSoft [just recently acquired by another company].

Can you tell us about your investing in private companies?

If I love the product and the people behind it, I’m interested in making an investment. Take my first venture in the mid-1990s. I read a post about the Gripp, which is a ball of seeds in a balloon that people squeeze to relieve tension. I was a user, so went to see the creator and ended up writing a cheque to become a partner. With the help of a marketing campaign, we sold more than 40 million units.

The next hit was Rent.com, which landlords and renters can use to find each other. I was one of the early investors in 2000 and then eBay bought them for US$415-million in 2005. It showed me that there were opportunities on the Web for creating new businesses.

There have been many other investments and not all of them worked out. But some did – like Golfnow.com, which is used for booking tee-off times. Then there was WallStrip, a daily video podcast that was seeking to enliven financial reporting. Both were sold to larger companies.

In 2008, I started StockTwits. That same year saw the launch of Social Leverage. It has positions in early-stage fintech and consumer companies. One is Robinhood.com, which offers a financial app that enables free stock trades over mobile devices.

What was your best move?

It was selling Apple and Amazon along the way. It would have been better to keep adding to my positions rather than trading in and out. The stock market is an opportunity machine so you have to stay invested.

Any advice for investors?

Start early: Don’t be shy about finding the right mentors who can accelerate your learning curve. And start a journal. It doesn’t matter how many people follow you, just that you hold yourself accountable. In the blog I started in 2006, I can go back and read how I was thinking and see how things progressed.

This interview has been edited and condensed; material has been added from Mr. Lindzon’s blog and books. 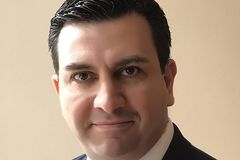 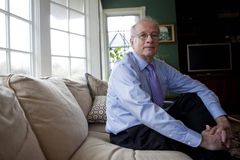 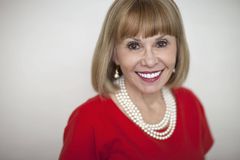