Want to know where the high-net-worth are putting their money right now? A good place to start is by looking at the Q3 2019 Asset Allocation Report of the Members of TIGER 21, the membership organization for high-net-worth wealth-creators and preservers. TIGER 21 members have a minimum net worth of $10-million (U.S.), and by tracking their asset allocations from their individual portfolio presentations over time, you can get an inside look into how they’re responding to current market events.

TIGER 21 is comprised of more than 750 individual members, with groups across the United States, Canada, and Europe.

There are increasing concerns about the deficit, trade issues, government instability and international threats, despite the economy performing well in the short-term. In Canada, there has been a lot of discussion about the need for a cohesive strategy around management of the country’s natural resources, the shortage of labour in key sectors and the impact of an aging population on the country’s health-care system. No one is taking drastic measures, but the level of uncertainty is greater than it was six months ago.

Cash holdings remained steady with an allocation of 12 per cent, a relatively high level based on trends over the last decade. Until the first quarter of 2019, cash allocation hadn’t reached 12 per cent since the first quarter of 2013. For the last three quarters, members have continued to overweight their allocation to cash to make sure they will be able to cover expenses for years ahead and to avoid being forced to liquidate core holdings at discounted prices in a downturn.

During the third quarter of 2019, members had marginal increases in real estate – from 28 to 29 per cent – bringing it to its highest allocation of 2019 and one percentage point less than last year’s peak of 30 per cent. Allocations to real estate have been bouncing back since last quarter – a shift from the decreased exposure experienced for the prior three. In Canada, and particularly in Montreal, members remain optimistic about strategic opportunities across residential, commercial as well as industrial real estate. This is fuelled by a variety of factors, including the below-average cost of properties in Montreal compared to other Canadian cities such as Vancouver and Toronto. Real estate has remained the membership’s largest holding, with allocations fluctuating between a low of 26 per cent and a high of 33 per cent since the middle of 2016.

Private equity – investing directly in companies, or indirectly through dedicated funds - paired back by one percentage point since last quarter. At an allocation of 23 per cent, private equity is at its lowest level since the second quarter of 2018 but still above historic levels. Members continue to look for opportunities to invest directly in situations where they can roll up their sleeves and add value from a strategic or operational perspective. In Montreal, there are a myriad of private-equity opportunities available as the city becomes firmly established as an artificial-intelligence hub.

In general, TIGER 21 members are sticking with areas that they know and on which they have built their extraordinary success.

Five luxury getaways for some pampering this holiday season
December 17, 2019 How effective is your charitable giving? More Canadians want to know
December 6, 2019 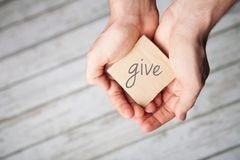 How to protect your business from upheaval if the owner suddenly dies
November 19, 2019 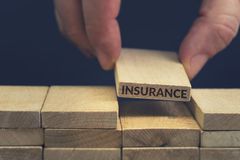