The search for the villain responsible for the rout in the stock markets around the globe recently seems to have pundits pointing their finger at interest rates.

But why now? Interest rates have been going up for the past two years with the expectation of further increases in the near and long-term future, but no one seemed to care. It certainly didn’t bother investors as global stock markets were reaching one record high after another.

What confluence spooked the markets over the past month or so?

Lately, stock investors have started to get anxious about a possible slow down in economic growth driven by the U.S.-China and U.S.-European Union trade wars. Trade wars among powerful countries such as these are a recipe for economic growth destruction. History has provided us with a lot of insight in that respect. Initially, investors believed that U.S. President Donald Trump was bluffing. But now, with January looming and the imposition of restrictive tariffs on Chinese imports imminent, the markets have started to believe that things are getting grave. While China is on the wrong side of the trade war, and expected to suffer great losses, it is not a democratic country that can be forced by the electorate to come to the negotiating table. China is an autocratic state willing to take pain for much longer than Mr. Trump may think it can. And this will not be good for anyone, especially global economic growth and global stock markets.

There are two more pieces to the puzzle of what drives recent stock market mayhem. One is the skyrocketing amount of global debt. When you add the potential of slowing economic growth to rising interest rates, the issue of global debt comes into play. Global debt at both the consumer and government level has been on the rise for years, reaching an all-time high in 2017 (the last year for which data are available). This was not a problem when economies hummed along and interest rates were at rock bottom. But with economies slowing down and interest rates rising, these excessive debt levels start to become a serious issue. World debt reached US$250-trillion in 2017, up from US$100-trillion in 2003. As the percentage of GDP, total global debt has gone up from 248 per cent in 2003 to 318 per cent in 2017. A significant contributor to the global debt increase has been China, whose debt addiction has taken on a life of its own. China’s total debt to GDP was 162 per cent in 2008; it rose to 246 per cent by 2017. These are scary numbers if one considers that economic growth is slowing down in China in the midst of a trend of rising global interest rates.

To top it all off, this turmoil is happening during typical seasonal vulnerability in stock markets – the second piece to the aforementioned puzzle. September and October are typically months of stock market weakness. Portfolio managers who invested aggressively in risky securities early in the year, normally play it safe toward year-end as they are trying to guard their annual performance and secure their Christmas bonus. This year in particular, in light of interest rate developments and the trade wars, aggressive and co-ordinated selling has been well above average for the herd. This is the opposite herding behaviour of the aggressive risky stock buying we normally see in January, which causes what is known as the “January effect."

There you have it: Rising interest rates and slowing economic growth in the presence of record high global debt levels combined with seasonal stock market weakness have very badly damaged confidence and stock market performance. Sadly, it may even get uglier before it gets better. We should not expect any relief until the trade-war outcomes become clear, which may take some time. If, by good fortune, the trade wars are favourably resolved sooner than later, then we can expect a strong relief rally early on in 2019, especially as the first few months of the year are normally a seasonally strong period for stock markets. 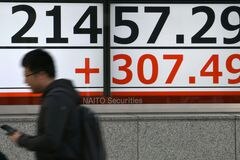 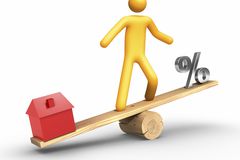 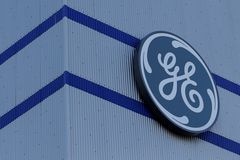