The Blackstone Group Inc.’s acquisition of human genealogy provider Ancestry.com is expected to be backed with up to US$2.5-billion of new debt financing, according to two sources familiar with the sale.

The potential transaction will be a welcome boost for investors looking to participate in new, event-driven credit facilities that remain limited since the COVID-19 pandemic slowed fresh merger and acquisition activity.

Just six companies tapped the U.S. syndicated loan market to fund sponsor-backed leveraged buyouts (LBOs) in the second quarter, according to data from Refinitiv LPC, as private equity firms became concerned about falling asset valuations amid the volatility caused by the pandemic.

At this size, a new financing for Ancestry will be one of the larger sponsor-backed LBOs since the pandemic gripped financial markets earlier this year. Technology services provider Tech Data raised US$2.07-billion in loans to support its buyout by Apollo Global Management in June and in the same month veterinary services company Pathway Vet Alliance raised roughly US$1.3-billion in loans to fund its LBO by TSG Consumer Partners.

Bank of America and Credit Suisse have provided committed financing for the acquisition, which was announced last week. The banks are expected to raise the debt to support the buyout in the high-yield bond and institutional leveraged loan markets, the sources said.

Blackstone announced on August 5 that it agreed to acquire Ancestry from investors Silver Lake, Spectrum Equity and Permira for US$4.7-billion, with Singaporean sovereign wealth fund GIC remaining a minority investor in the company.

The private equity firm will come in with at least US$2-billion in equity, while GIC will inject up to US$500-million, the sources said.

Blackstone’s bet on Ancestry ultimately rests on people’s curiosity in digging deeper into their family history and ramping up the company’s subscription base during a global pandemic.

Investors, too, are confident Ancestry will succeed throughout the economic slowdown on the back of its predictable, subscription-based cash flows and strong liquidity, one asset manager said.

“Accounts are very comfortable with a credit like Ancestry,” the investor said. “It’s a good company that the market knows well so a new financing will go nicely under these market conditions.”

Ancestry’s total revenue declined 1.2 per cent in 2019 partly because of a 48-per-cent dip in DNA unit sales compared with 2018, Moody’s said in its report.

Yet, the company enjoys strong market share and cash flow, enabling it to sustain high leverage. Its adjusted debt to earnings before interest, tax, depreciation and amortization ratio was 6.7 times at the end of 2019, according to Moody’s.

Since investing in the company in 2016, Ancestry’s current owners have been able to complete at least two transactions in the leveraged loan market to support dividend payouts.

In August last year, Ancestry paid more than US$300-million to shareholders from a US$1.4-billion loan, Refinitiv LPC reported at the time. In October, 2016, the company raised US$1.9-billion in loans that partially supported a dividend.

Silver Lake and GIC completed their purchase of Ancestry for US$2.6-billion in May, 2016. Permira and Spectrum were existing investors at the time. 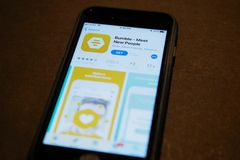 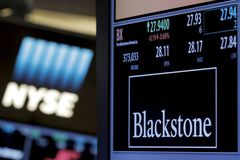