The first quarter of 2021 was devastating for government bonds in North America. The U.S. 10-year Treasury yield, for example, rose from less than 1 per cent at the end of December to 1.75 per cent by April (bond yields and prices move inversely). Then yields sharply declined to less than 1.2 per cent by July. Pundits have been trying to explain why yields have dropped despite the not-so-good news on the inflation front – and what the bond market is signalling for the economy and the stock market.

Is it possible that the markets are correcting an earlier overshoot? Could short-term factors, such as positioning by market participants and supply issues, be behind the rally in Treasuries? Maybe lighter volumes and larger price moves associated with bond traders’ summer vacations, which tend to move yields lower in the summer months, come into play this time as well. Is the economy slowing down?

It may be a combination of the above reasons. However, in my opinion, Treasury yields are experiencing a typical seasonal behaviour driven by portfolio rebalancing by professional portfolio managers more than anything else.

Let me explain. Portfolio managers exhibit herd mentality. They are safe when their portfolios look pretty much the same as all the others who invest with the same mandate, as no one loses their job because of average performance or holding the same securities as the rest of the peer group. Herding becomes more pronounced at certain times in the year.

Nine Canadian-listed beverage stocks that could present an investment opportunity

Global dividends forecast to rise to near pre-pandemic levels in 2021, report says

In the first few months of the year, professional portfolio managers, trying to beat their benchmarks, systematically shift their portfolio holdings toward riskier securities (and out of safer securities). Institutional investors are net buyers of risky securities in the early months of the year when they are less concerned about having well-known, low-risk or risk-free securities in their portfolios, or they are trying to outperform benchmarks. Later in the year, portfolio managers divest from lesser-known, risky or poorly performing stocks and replace them with well-known and less risky stocks with solid recent performance, or risk-free securities such as government bonds.

The excess demand for risky securities early in the year bids the prices of these securities up. The opposite happens later in the year. Government bonds and safer, larger, well-known stocks are bid up, whereas risky, smaller, obscure, lesser-known stocks are bid down. This causes seasonality not only in risky securities, but also in low-risk and risk-free securities, as portfolio managers rebalance their portfolios throughout the year.

Remuneration-motivated portfolio rebalancing, exacerbated by herding, affects prices and returns of financial securities throughout the year – not every year, but on average.

Such seasonal behaviour is difficult for the markets to fully eliminate for two reasons. First, it is related to portfolio rebalancing by professional portfolio managers who pursue their own interest year in and year out. Second, seasonality is not consistently observed every year. Unless we have a unified theory to help us anticipate seasonal behaviour on a consistent basis, market participants cannot fully arbitrage the seasonal behaviour of financial securities. This is particularly true since professional portfolio managers’ survival is based on short-term performance metrics. 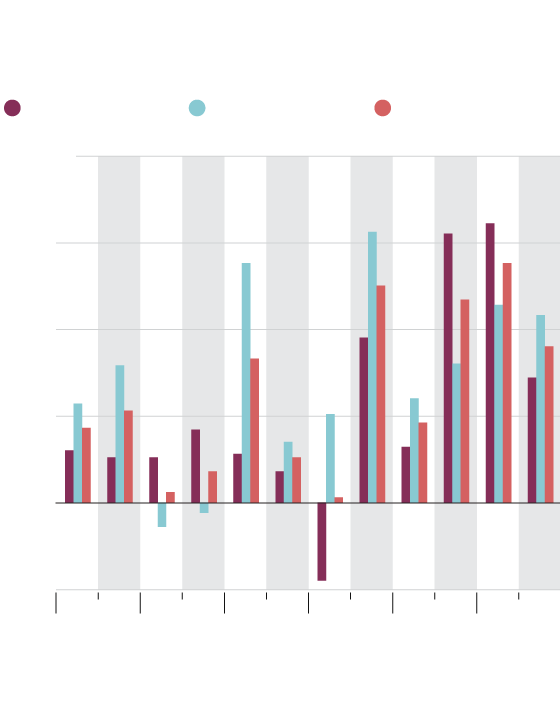 THE GLOBE AND MAIL, SOURCE: CANADIAN 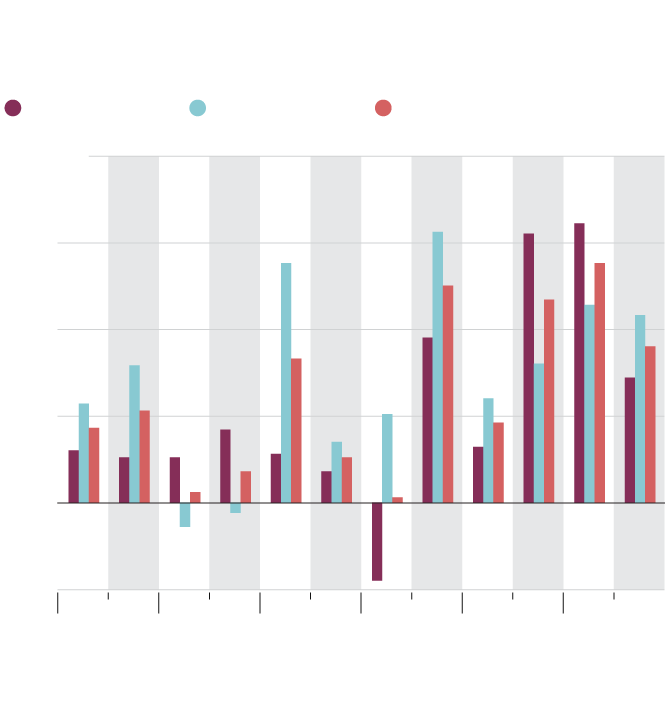 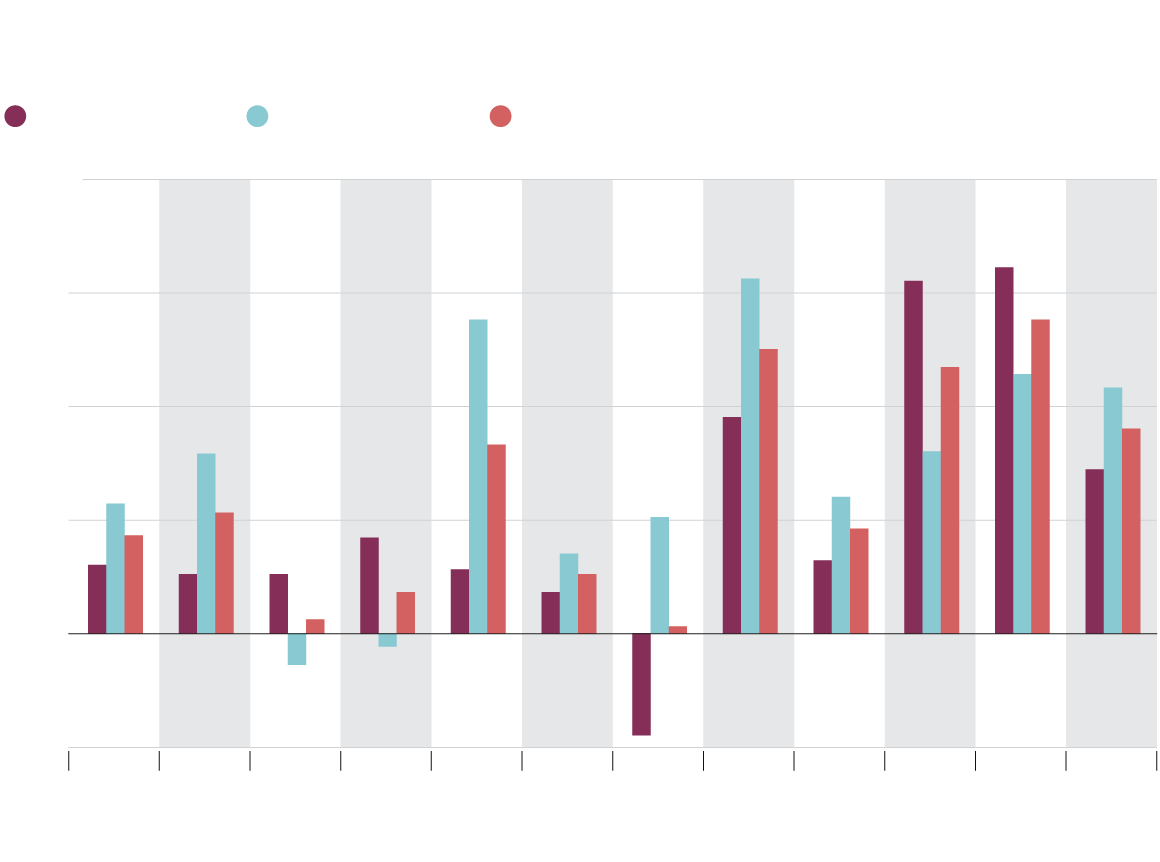 My research has provided support for this argument. The accompanying chart shows Government of Canada long-term bond returns over three periods: 1957 to 1987, 1988 to 2018, and 1957 to 2018. In all periods shown, bond returns are, on average, weaker (and yields higher) in the first seven months of the year, and stronger (and yields are lower), on average, in the last five months of the year. For example, the average monthly return of government of Canada bonds between January and July over the period 1957 to 2018 is 0.3 per cent whereas for the period between August and December it is 1.03 per cent. Corresponding numbers for the period 1988 to 2018 are 0.49 per cent and 1.04 per cent, respectively.

With the stock market having done extremely well in the first half of the year, and in light of the “unknown unknowns” and hefty valuations, it is reasonable to expect portfolio managers to hedge or try to lock in their end-of-year bonus by getting out of risky securities and into risk-free securities. This may have affected Treasury bond yields, and this is what may have happened this year. Nonetheless, I believe that the underlying trend in inflation and interest rates calls for higher Treasury bond yields, and that the observed decline in yields in the past couple of months is a short-term effect caused by the seasonal impact that portfolio rebalancing has had on government bond yields, which, given market uncertainty, may have happened a bit earlier than usual.

And so, if I am right, we should expect bond yields to start rising again toward the end of the year.

George Athanassakos is a professor of finance and holds the Ben Graham Chair in Value Investing at the Ivey Business School, University of Western Ontario.