It may come as a surprise to some investors how well the Japanese stock market has performed in recent years. Not maybe as well as the U.S. market, which has outgained most of its global counterparts, but since the beginning of 2015, the Nikkei 225 has climbed close to 90 per cent (in Canadian dollar terms), representing a return far more impressive than bellwether equity indexes in other parts of the developed world, including Europe, Britain and Canada, according to Bloomberg data.

And that may not be the end of its run. Japan’s attractiveness as a cog in a well-diversified equity portfolio is not waning heading into the final months of 2020. The Nikkei’s rebound off the March bottom has been stronger than all but the S&P 500 and Nasdaq, according to Cornerstone Research, and backed by a confluence of tailwinds, shares in many of the country’s publicly listed companies are poised to push even higher in the weeks ahead.

Arguably the most favourable tailwind is its deep discount to the United States based on price-to-book ratios. In fact, according to our research using Bloomberg data, the last time Japanese equities (the Nikkei 225) traded at a valuation spread this attractive to U.S. equities (S&P 500) was in 2001. In the three years that followed, the Nikkei netted a total return, in U.S. dollars, of 133 per cent, and 115 per cent after five years.

Equally intriguing, however, is the cyclical nature of Japan’s market at a time when economic prospects are picking up in the wake of this year’s pandemic-induced recession. According to Bloomberg, the country’s recent second-quarter earnings results beat expectations by 34 per cent in aggregate, the widest margin in almost three years.

And while investors won’t likely be clear of the COVID-19 crisis until a vaccine is approved and administered broadly around the world – hopefully sometime next year – there are several signs that the global economy is on the mend. The Global Purchasing Managers Index (PMI), for instance, continues to push higher after bottoming this summer and now indicates a robust expansion is under way, according to the latest data through October. That would presumably be a big boost to most stocks regardless of jurisdiction, but especially Japanese equities that have a value tilt and tend to do well in the early stages of a new expansion.

In addition, the geographic earnings distribution of listed companies in Japan is far more balanced than it was in the past and may benefit from an economic recovery led by Asia-Pacific nations that have so far handled the pandemic better than countries such as the U.S., which is still seeing rising case counts and whose economy may be further burdened by its divisive and highly polarized political climate. To be more specific, the Asia-Pacific region is growing in importance for Japanese companies. Going forward, we expect the contribution to earnings from China to exceed that of the U.S., as China’s economic growth, and that of the broader Asia-Pacific region, continue to outpace their American rivals. For example, Japan’s Shimadzu Corp., a provider of analytical and measuring instruments, medical imaging systems, aircraft equipment and industrial machinery, and Keyence Corp., which develops and manufactures factory automation equipment, are both set to increase sales to China in the coming years.

There’s also no shortage of long-term catalysts favouring Japan. New Prime Minister Yoshihide Suga may end up being more aggressive on domestic policy than his predecessor and deliver on promises of government reforms and deregulation. His initiatives are expected to include a new digital agency that will be responsible for upgrading Japan’s central and local government systems to support fully electronic filing and other paperless processing. The agency should ensure that long-term budgets for government spending on information technology remain in place and could bolster the country’s software development and IT services industry in the process.

Mr. Suga is also set to realign Japan’s regional bank subsector, which would potentially spur M&A activity and share-price appreciation for companies involved, and as with Shinzo Abe before him, the Prime Minister is supportive of the Bank of Japan’s aggressive reflationary monetary policy.

Clearly, there are several good reasons to be bullish on Japan now, and that doesn’t take into consideration other potential catalysts that may still come to the fore or that are difficult to quantify. What if, for instance, Japan’s manufacturing industry is offered the chance to fill a sourcing void left by an escalating trade war between the U.S. and China? And what about Warren Buffett’s recent US$7-billion investment in five Japanese trading companies? That’s an endorsement if there ever was one. 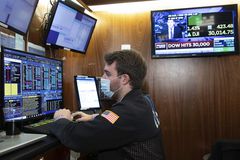 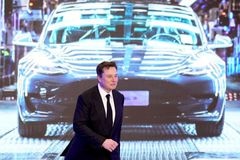 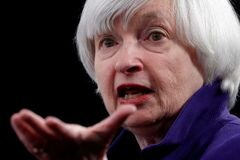